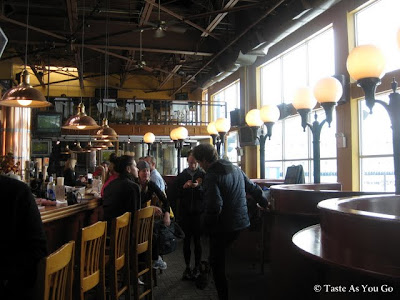 So often, you hear people talk about how expensive everything in New York is -- rent, groceries, restaurant prices. It's been nearly three years since I moved back to the city after my brief stint in Connecticut, and I'm only just seeing signs of full recovery in my bank account! Sometimes the day-to-day expenses can be overwhelming and the idea of spending any money on actually enjoying the city borders on ludicrous. However, if you do your research, you'll find that New York offers an astounding number of activities for little or no money at all! 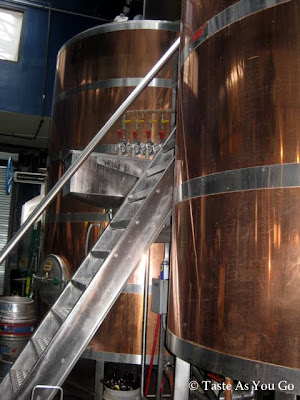 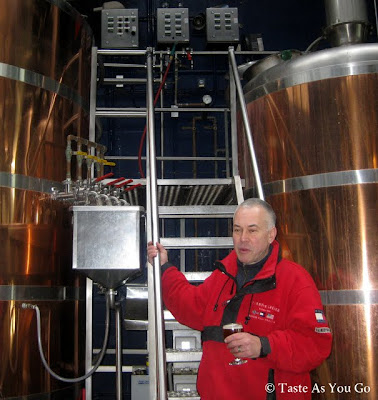 I went on a tour with a group of my sorority sisters back in January that was led by Assistant Brewer Mark Szmaida. 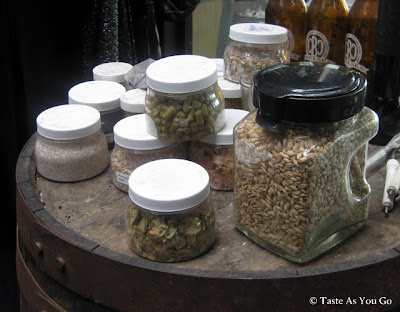 Mark informed us that the beer at the Chelsea Brewing Company is crafted only from purified water, yeast, and the finest malts and hops from around the world. The care in selecting the ingredients certainly shines through in the final product! 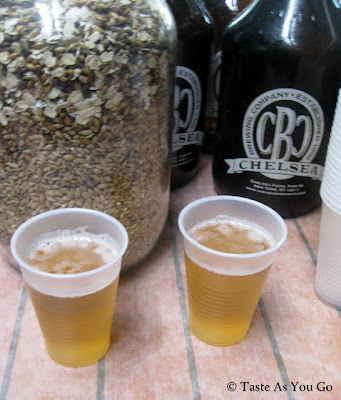 While on the tour, we were given FREE samples of the Checker Cab Blonde Ale, a crisp, pale golden ale made in the style of Kölsch beer, a local specialty of Köln (Cologne), Germany. To my delight, the beer possessed a delicate hop flavor and was dry rather than sweet. 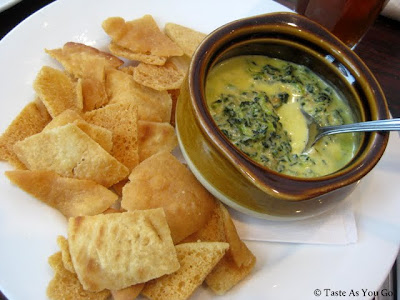 In addition to the brewery itself, the Chelsea Brewing Company also boasts a restaurant, where you can snag a table and enjoy the view of the Hudson River and... um... Hoboken, while drinking one of the craft beers on tap. (They have up to twenty beers available at any one time, with seasonal offerings, as well.) I wasn't that hungry, so I ordered the Spinach Dip with Pita Chips to tide me over until I could go home and eat something a little more substantial. The dip was just okay. Not as thick as I would have liked it to be, with a consistency more akin to that of a soup. The spinach stayed on the pita chip post-scooping, but everything else just dripped back into the crock. Oh well.

If you're looking for something to do one weekend, then stop by the Chelsea Brewing Company for a tour. No need to make a reservation. (Unless you're bringing in a tour bus full of people!) Just add your name to the list when you walk into the restaurant.

And don't forget to ask for tickets for $4 pints for after the tour! We forgot and wound up paying full price for the beer we drank at the table.