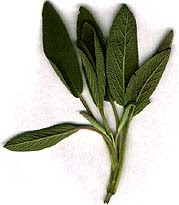 
Risotto is one of those dishes that encourages imagination and creativity. Now, most of the risotto dishes I've eaten, either in a restaurant or after cooking in my own kitchen, have been of the savory persuasion. Given this, I've always wanted to see whether I could incorporate fruit into risotto, to lighten it up a bit. Not necessarily a dessert (a dessert risotto experiment is most definitely in my future), but a risotto that could serve as a sweet or tangy side dish.

Back when I had a roommate, we would take turns making dinner for one another, and this risotto came to being on one of the night's I was assigned to cook. Originally, I paired the risotto with some pork sirloin chops I had prepared in the slow cooker. While the two dishes worked well together, the meal, as a whole, was just too damn heavy. If I had to do it again, I probably would have served the risotto with some grilled or poached salmon... Something a little lighter. Nevertheless, this dish was bright and fresh and really delicious, so I hope you try it!

Do you have a favorite type of risotto? Have you played around with unusual flavor combinations? Let me know!

If you liked this post, consider subscribing to Taste As You Go’s RSS feed orsigning up for email updates so you don’t miss a thing!
By Michelle at 10:43 PM
Labels: Appetizers and Snacks, Fruits, Grains and Rice, Recipes, Slow Cooker

Oh yum! Love the combination of flavors. Two of my favorites. Thanks!

+Jessie
a.k.a. The Hungry Mouse

Jessie - This was the first time I used the flavor combination this way. Previous to making the risotto, I only had orange and sage combined as a sauce. I was really pleased with how the dish turned out. :-)

Ooh, sounds interesting! I grew sage in our community garden last summer, but had no idea of what to use it in...now i know! I guess I'll be growing it again! :-)

CraftyAngie - So... what did you wind up doing with all the fresh sage you grew? :-)

don't laugh...nothing! the silly rosemary kept on growing so fast it overshadowed the poor plants in that pot...when it finally seemed like it was okay to start cutting some leaves, winter arrived and they all shriveled up.

Wish I had been here when you and Steve were at Osteria, i could have given you a bunch of organic rosemary to take home.

Yeah, you guys were out of town when we went to Osteria. But Stephen dutifully pointed out your building to me when we drove by it. :-)