Grill More Than Just Your Meats

The Fourth of July is just around the corner, and I, for one, am looking forward to the long weekend. I'm sure many of you are finalizing your menus for your picnics and barbecues and are figuring out the best strategy for securing a prime spot for watching those fireworks. As you consider what to throw on the grill next weekend, consider doing something a little different -- grill your breakfast! This is something my boyfriend and I did when I visited him over Memorial Day weekend, and I say, if the weather's nice enough, go right ahead and grill your breakfast every weekend! 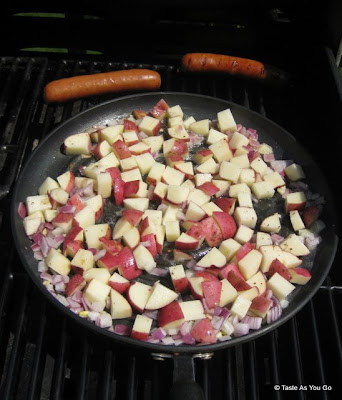 Since we had two leftover brats from the previous day's grilling adventures, Stephen and I decided to grill them up and put them in our scrambled eggs. We also some leftover red potatoes and diced red onions that didn't get used in the potato salad I made the night before, so I turned them into home fries.

I heated up the grill pan and put in a little bit of butter (for flavor!). As the butter was melting, I seasoned the potatoes with salt and pepper, then tossed them in and stirred them until the vegetables were coated with butter. 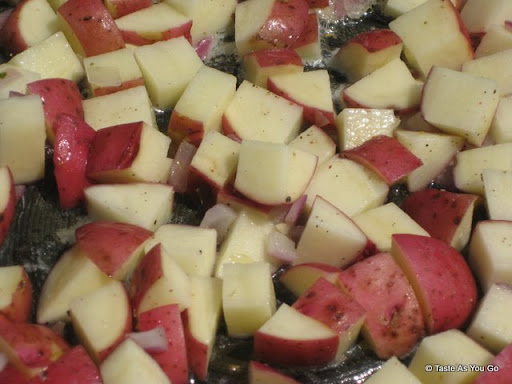 After a little time, the potatoes will start to turn that delicious golden brown color and the onions will begin to caramelize. They looked so good in the pan that Stephen and I both suffered from burned fingers after sneaking bites when the other person wasn't looking! 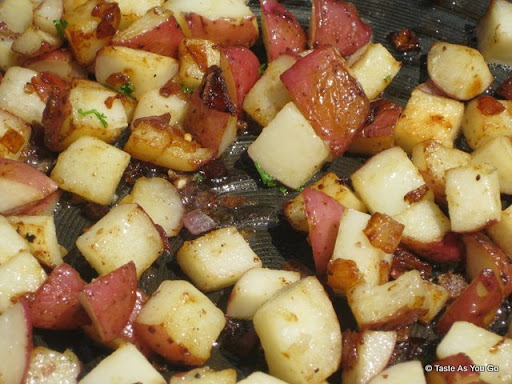 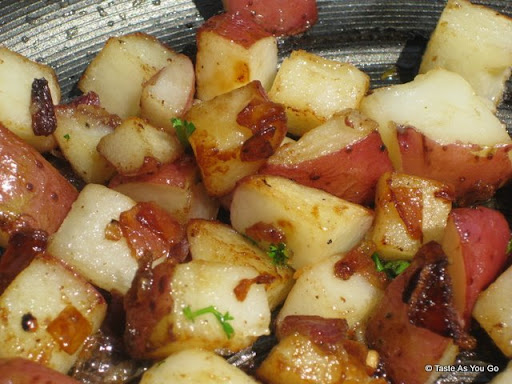 When the brats were finished grilling, I took them off the grill and cut them into bite-sized pieces while Stephen worked on the scrambled eggs (in a different skillet, but also on the grill). Just before the eggs set, we stirred in the pieces of brat so they would warmed through as the eggs finished cooking. In the end, we had a really delicious breakfast, prepared outside and in the sunshine! 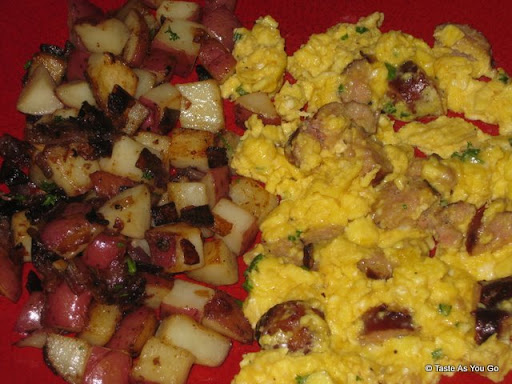 What's your favorite food to grill?

Don't forget to enter the Barefoot Wine & Bubbly Summer Beach Giveaway! You have until 11:59 EST on Friday, July 3, 2009 to enter! Just leave a comment on the giveaway post and make sure you leave an email address so I can notify you if you've won. The winner will be chosen at random and announced on July 4 in honor of the holiday. Make sure you enter before the deadline!