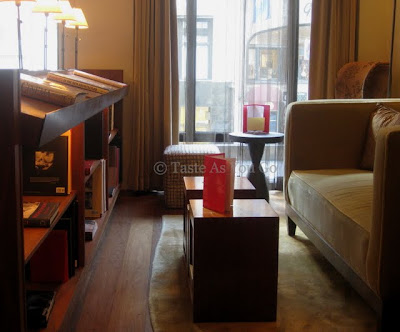 I am a very bad Asian. Up until Tuesday of this week, I hadn't eaten at any of the Momofuku restaurants, let alone set foot in any of them. I just never had an occasion (or the budget) to go until I was invited to have lunch with Jen (from Tiny Urban Kitchen), Brian (Jen's husband), Andrea (from High/Low Food/Drink), Cindy (from Chubby Chinese Girl), and Christine (from Fresh Local and Best) at Ma Peche (Momofuku Midtown), the newest of David Chang's Momofuku locations. Who wouldn't want to spend a meal with others who share my love of food... 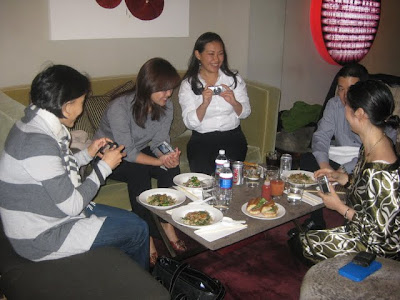 ... and my love of taking pictures of food?

Right on cue, as soon as we were served, we all took our cameras out and began snapping shots of the food. From every angle. Brian, who is not a food blogger, very patiently sat back in his chair and waited to dig into his lunch until we had all taken the pictures we wanted. I confess that he was wearing the same exact expression on his face that my boyfriend wears when he's waiting for me to stop taking pictures. Jen and I are lucky ladies to have such understanding men in our lives! But I'm getting ahead of myself here.

You see, Ma Peche is not open yet and is not scheduled to open until early 2010. We were all taking advantage of the $10 lunch special featuring a choice of four different dishes with a choice of beverage. For an additional $1.85, you could also have a signature Momofuku Milk Bar Peanut Butter Cookie. So rather than taking in the ambiance of a freshly opened restaurant, we were seated rather awkwardly around a table in the Mezzanine of the Chambers Hotel. (I only saw "awkwardly" because the table was low and we had to either hunch over the table to eat our food or hold the dish up off the table to bring the food closer to our mouths.) Ma Peche will be opening next door to the hotel. 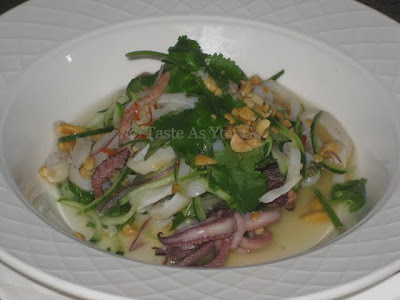 Cindy ordered the Goi Calamare, which she split with Jen. The squid salad, dressed with fish sauce, Thai basil, and other greens, looked light and refreshing. Though, just by looking at it, I'd think it would be more appropriate as a starter or a side rather than a main meal. It'll be interesting to see how the dish appears on the final menu. 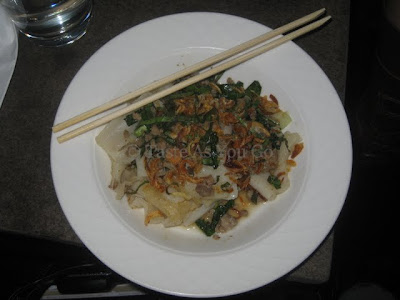 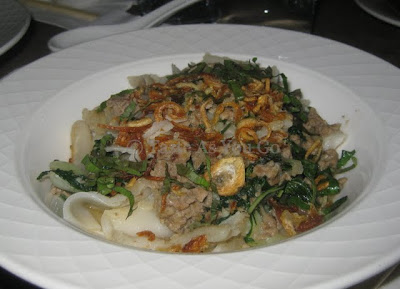 Brian, Jen, and I all ordered the Bun du Riz, or the rice noodles with pork ragout and saw leaf herb. The noodles were tender; the pork was delicately seasoned; and the saw leaf herb was the perfect complement to them both. It provided a sharp and almost intense punch to the dish that really brought it all together. In fact, as I was eating it, I was continually reminded of Italian dishes that featured pasta, sausage, and broccoli rabe. The components were all there. And I especially enjoyed the deep-fried shallots that garnished the dish because they provided a crunchy contrasting texture. 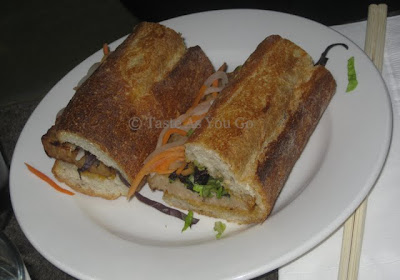 Christine and Andrea both opted for sandwiches and ordered the (pictured above) and the Banh Mi Au Poulet (pictured above) and the Banh Mi Maison (not pictured... that picture didn't turn out well at all), respectively. Christine's sandwich featured chicken, lemongrass, lettuce and mint, while Andrea enjoyed a sandwich stuffed with three terrine, daikon, and cilantro. Judging by how quickly those sandwiches disappeared, I think it's safe to say they were both pleased with their lunch choices. 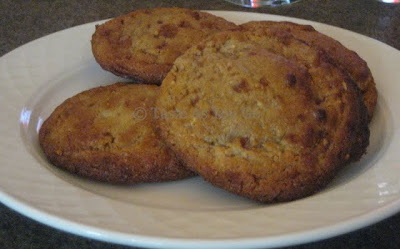 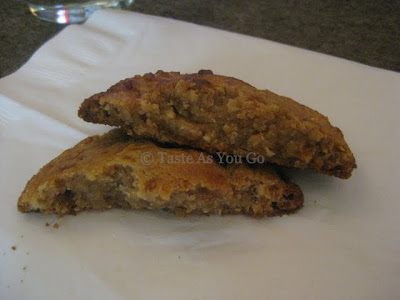 Of course, we rounded out the meal with dessert. We couldn't ignore the opportunity to indulge ourselves with densely rich Momofuku Milk Bar Peanut Butter Cookies now, could we? The cookies were large enough to share -- which was good, because they were so rich and we didn't have milk to dunk them in! -- and were the perfect ending to a fantastically fun meal.

I'm eagerly awaiting news of the official opening date of Ma Peche and can't wait to go back to check out their full menu. Thanks, again, to Jen for inviting me! I'm looking forward to our next meet-up!

Check out what the other bloggers had to say about our lunch: