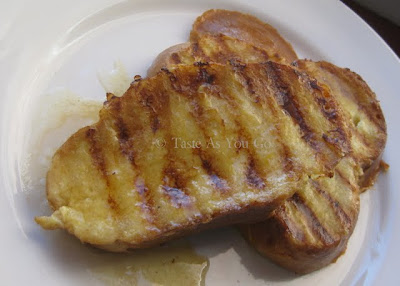 When it comes to brunch, I don't normally order French toast. I generally gravitate toward eggs, potatoes, and a breakfast meat (ie. BACON) and leave all of the French toast ordering to my boyfriend Stephen. It's actually amusing to watch him debate with himself over whether he should have the French toast or the pancakes. Very rarely do we both order eggs. 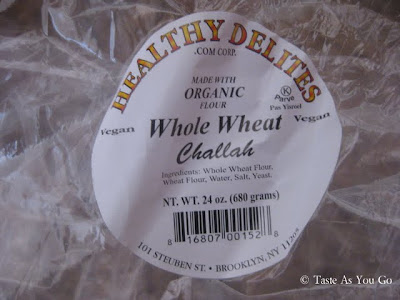 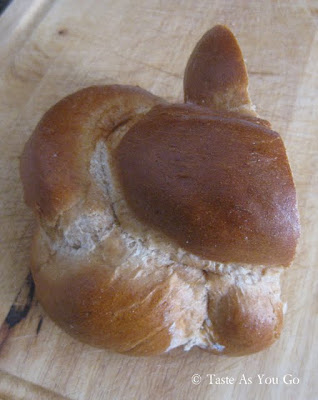 During Stephen's last visit, I decided to make breakfast for the two of us at my apartment rather than drag him out for brunch at a restaurant. (*gasp!*) After all, I did have a loaf of Healthy Delites Whole Wheat Challah, which is not only kosher, but also vegan and made with organic flour, in the kitchen. I just knew it would make the perfect French toast. 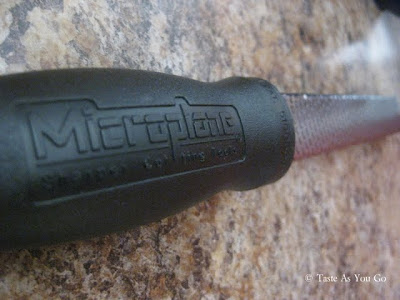 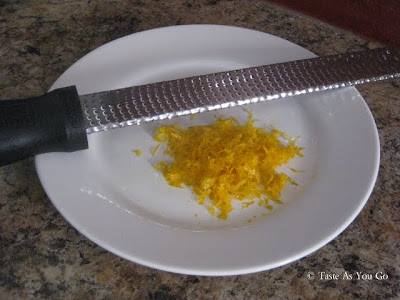 As a departure from our usual additions of vanilla and cinnamon to the milk-and-egg mixture, I skipped the cinnamon. Instead, I pulled out my Microplane, my second favorite kitchen tool next to my tongs, and grated some orange zest. Then, in lieu of the cinnamon, I whisked the zest into the milk-and-egg mixture. Although I could have used all three ingredients without creating a flavor disaster, I didn't want the orange to compete with the cinnamon for our attention.

What resulted was French toast that was light and incredibly fragrant. I used my grill pan rather than a skillet or a griddle. (I neither own a skillet nor a griddle...) And since my grill pan is non-stick, I only used the bare minimum of butter to cook the French toast. I didn't want to cut the butter completely - and I could have - because I wanted to add another component on top of the orange zest. After all, layering simple ingredients creates some of the most complex flavors. 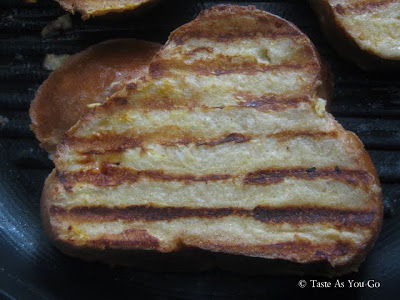 I barely had time to finish cooking the first batch of French toast before Stephen started hovering over the stove, waiting for me to give him the green light to start plating everything (I also made home fries) and begin eating. And once he did have the green light, it didn't take him long to clean his plate and go back for seconds. (I kept the extra slices warm in a preheated 200°F oven.) If you're a fan of French toast or know someone who is, then definitely give this recipe a try!

So, what kind of bread do you like to use when you make French toast?

Recipe by Michelle Rittler, Taste As You Go | Printable Recipe


* The pinch of salt helps bring out the flavor of the vanilla. Don't omit it!