How I Stopped Drinking Soda 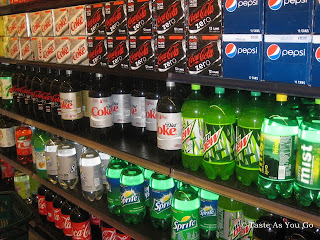 I'm not going to lie. There have been periods in my life -- some long, some short -- when I have excessively consumed more than my fair share of soda. But I'd never feel comfortable with slapping an "addict" sticker onto my forehead. Growing up, we hardly ever had soda in the house, as it was reserved as a treat for large gatherings of family or friends. When my mother did allow us to drink soda, she made sure it was caffeine-free as much as possible.

It's safe to assume that my intake of soda increased whenever my accessibility to it increased. Thankfully, soda was neither available in the lunchroom of my elementary school nor that of my middle school. In fact, it wasn't until I started high school that I had, for the most part, unrestricted access to soda in the dining halls and in the vending machines scattered in the buildings across the campus. But drinking soda still felt wrong to me, so I did my best not to go overboard, fearful that my mother would find out because she had this sixth sense about knowing when I was defying her.

College was a whole different story. I had gotten over the guilt of drinking the forbidden beverages of my youth and Diet Coke became my soft drink of choice. When I wasn't dependent on coffee to give me my caffeine fix, I turned to Diet Coke. I can still remember being excited whenever the local supermarket ran a two-for-one special on the twelve-packs. My roommates and I would stock up, share the loot, and caffeinate together. And, of course, soda was an absolute must at the parties we threw. No one could deny how wonderfully certain soft drinks paired with certain types of alcohol. (Yes, I drank in college.)

After college, my love affair with Diet Coke went cold and I didn't really drink soda again until I after I left graduate school. Why? Because I was a graduate student on a very tight budget and soda cost more money than water. Sure, there were nights when I needed to stay up late working on my thesis, especially the nights before my weekly meetings with my advisor, but I had moved on to continuously brewed pots of coffee. When I started my first job out of graduate school, I had access to soda again and found myself having a can with my lunch and, sometimes, a can in the middle of the afternoon when I was starting to feel myself getting sleepy. Not completely dependent on soda (I was drinking other things, too), but not exactly ideal. 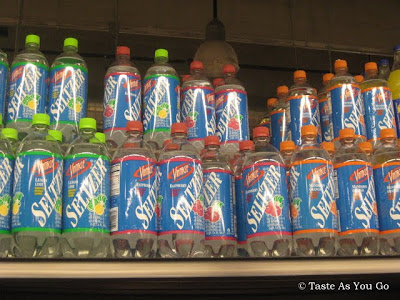 I decided to try and reduce the amount of soda I was drinking. And rather than just quit cold-turkey, I did it in steps. Aside from the caffeine, I knew that one of the characteristics of soda that I liked was the carbonation. I liked the tickle of the bubbles in my nose and throat, so my first move away from soda involved drinking flavored seltzer water. The slight flavor of fruit and the carbonation made it feel like I was still drinking soda even though I knew I was drinking something less damaging because seltzer did not contain high fructose corn syrup or other sweeteners, real or artificial.

From flavored seltzer, I transitioned to non-flavored seltzer. Then, eventually, water became my beverage of choice, which worked out really well because I needed to drink more water while training for the Philadelphia Half Marathon last year. I successfully managed to cut soda nearly completely out of my life, only allowing myself ginger ale when I'm not feeling well.

If you're finding it hard to stop drinking soda, consider the following:
Once you've considered the health risks, then consider following the steps I did in order to wean yourself off of soda if you feel like you can't quit drinking it right away. And, remember, drinking soda every now and then is okay. It's when you consume something excessively without paying respect to the idea of moderation that you may have a serious problem on your hands.

Although I didn't post an "official" Ten in 10 post this past week, I wanted to share my thoughts on the subject of soda drinking here in case they proved helpful to the other participants. Do you have any tips to share?