Brunch at Faces & Names with the Girls (and Christopher Walken) 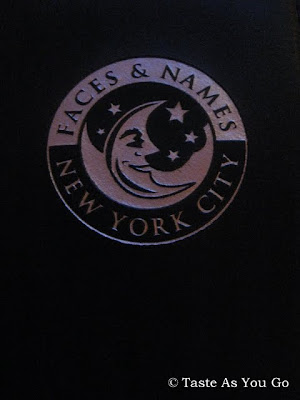 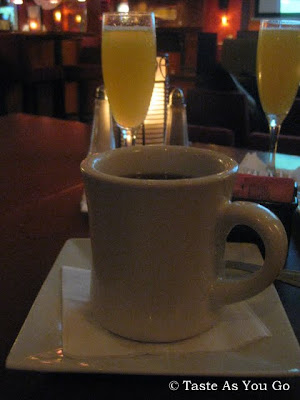 Despite the fact that the restaurant was only about half full, it took more than twenty minutes for our server to bring the coffee. Two of us were waiting for the third member of our party to arrive - Linda was delayed due to unexpected subway service - and Sarah and I thought we'd at least be able to begin catching up over coffee. We were wrong. It took several reminders for us to get our drinks, including the mimosas that were included in the brunch special. To be somewhat fair, though, the restaurant was extremely short-staffed that day. Only one server for everyone waiting to eat. I was willing to let the torturous wait for coffee slide. 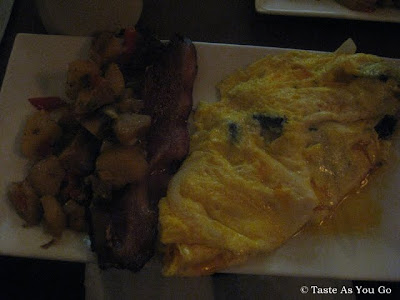 That is until my food (finally) arrived. Sarah and I opted for omelettes, and I ordered the Three-Egg Omelette with mushrooms, cheddar, and onions. When my omelette was put down in front of me, I started picking through it because it just didn't look like what I ordered. Before I could cut the thing open to confirm my suspicions, our server rushed over to our table and took the plate away, calling over her shoulder that that wasn't my order. Unfortunately, what wound up in front of me five minutes later didn't look right either. See that yellowish liquid in the lower corner of the plate? That wasn't melted cheese or butter or cooking oil. It was uncooked egg. I was actually afraid to eat my breakfast but so delirious from hunger that I just crossed my fingers and took my chances. I could have sent it back, but I didn't want to wait another hour for another omelette. 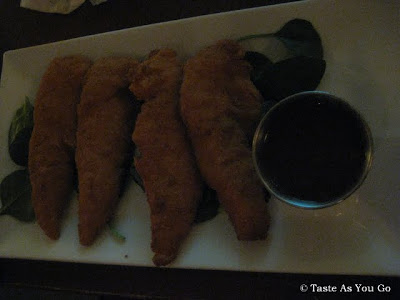 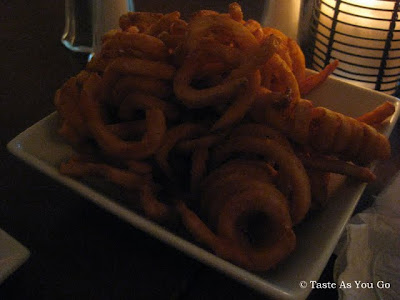 I should have followed Linda's example and ordered from the full menu rather than the brunch menu. She had the Chicken Strips with BBQ Sauce ($8) and a Bowl of Curly Fries ($4), which she generously shared with Sarah and me after we abandoned our omelettes. Now that I think about it, Faces & Names does seem more suited toward bar food than omelettes. Especially when I think about the rowdy group of men who were watching the football playoffs in the adjoining room. (Yes, this post is really, really late.)

But what about Christopher Walken?

He was there. Or, at least, a painting of him was there. Faces & Names is decorated with portraits of celebrities that are, in part, 3-D. It's a little hard to tell from the photo I took of Christopher Walken, but his nose actually comes up off the canvas, making the portrait even creepier. 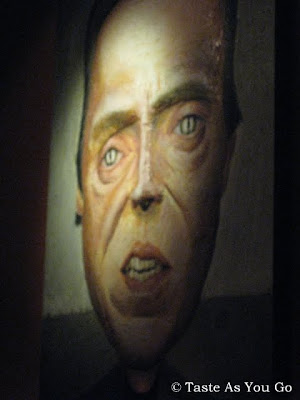 If I were to go back to Faces & Names, I'd skip brunch altogether. I realize there were extenuating circumstances on the day of our visit, but even if one server is left waiting on every table, the chef should make sure the food is properly cooked before it goes out. Instead of brunch, I'd recommend stopping in after work for a drink or settling in on the weekend to watch the game and to eat bar food. And if you do, give Christopher Walken my regards.