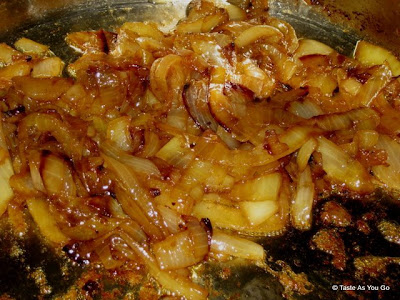 When I caramelize onions, I typically use yellow onions since I always have one or two of them in my kitchen. Yet one weekend, I found myself with one large red onion and a smidgen of Merlot left in the bottle after I had a glass couple of glasses after work earlier in the week and after I had baked some pretty freakin' fantastic brownies. Before I could even blink, I knew what I had to do next and I started moving around my kitchen as if someone had switched on my auto-pilot function. 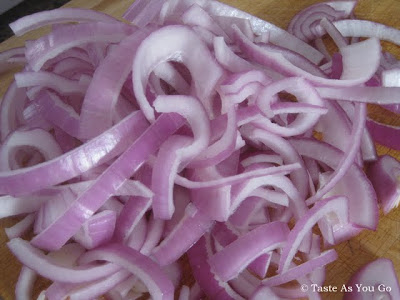 ... then heated 2 tablespoons of extra-virgin olive oil and 1 tablespoon of butter in a large skillet over medium heat. 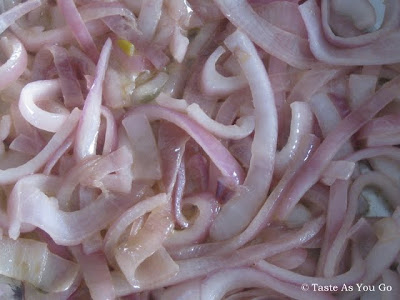 Once the butter melted, I put the red onions in the pan, added a pinch of salt, and began cooking the onions down, stirring every once in a while, until the onions started to look like this: 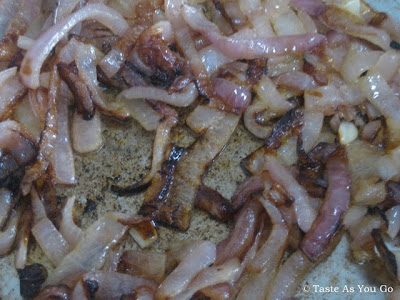 I reached for the bottle of Merlot... 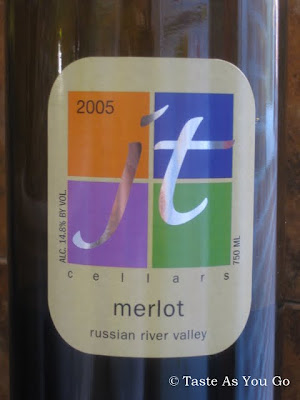 ... and used about 1/4 cup of wine to deglaze the pan, making sure to scrape the brown bits off the bottom. As the alcohol began to cook off, the onions soaked the luscious deep red color of the wine until I was left with a pan of richly flavored caramelized onions. 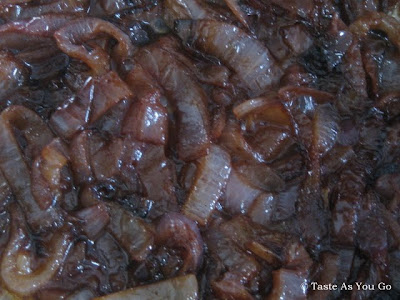 Although I could have easily eaten those onions straight out of the pan with a spoon, I restrained myself and set upon serving them as an accompaniment in one of my later weekend meals. So, how did I use the Caramelized Red Onions with Merlot?

You'll have to check back to find out!