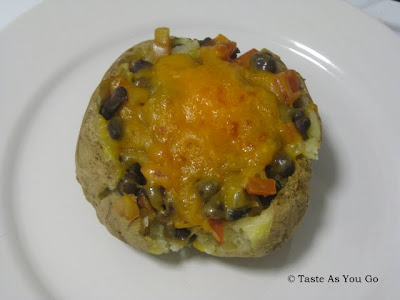 When I successfully ran the Philadelphia Half Marathon (my first) last November, I honestly thought I'd be done with running for a while. Especially since the winter months were ahead of me and the biggest cause of stress while training (ie. being unemployed) had disappeared after I started my new job just after Christmas. But January rolled around and I knew something was missing. I needed to run.

To get my fix, I signed up registered for the More Magazine/Fitness Magazine Half Marathon in April and immediately tried to think of new ways to incorporate more protein into my diet that didn't necessarily involve eating meat. Although I was receiving a steady paycheck again, I knew that climbing out of the life of an unemployed New Yorker was going to take some time, and I kept myself on a pretty strict budget. The real question was: How was I going to inexpensively incorporate protein into my diet?

I opened the doors of kitchen cabinets and was struck by inspiration. (Actually, I was struck by one of the cabinet doors because I opened it right into my face. Details.) 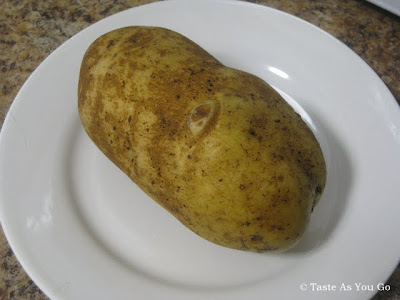 I had a potato, so I stuck it on a plate, stabbed the hell out of it with a fork (a very cathartic exercise, by the way), and microwaved it until it looked like this: 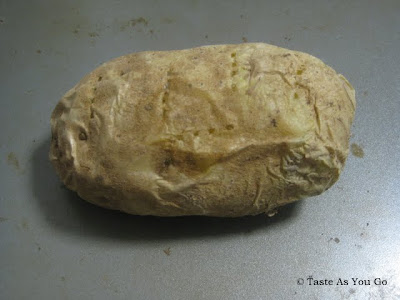 Then, carefully, because potatoes are really hot after they come out of the microwave, I split the potato, fluffed the flesh with a fork, and drizzled a mixture of extra-virgin olive oil, lime zest, and fajita seasoning over the top. 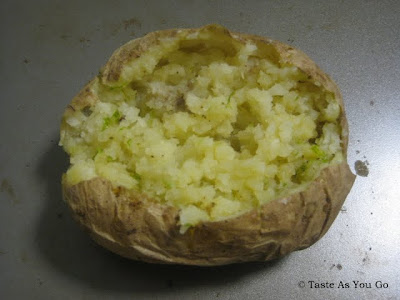 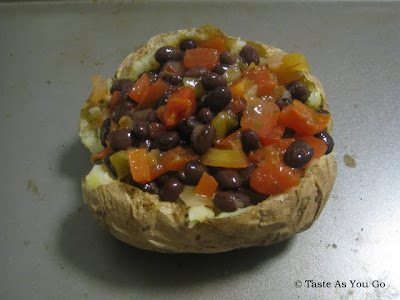 I then stuffed the potato with a mixture of black beans (protein!) and jarred salsa... 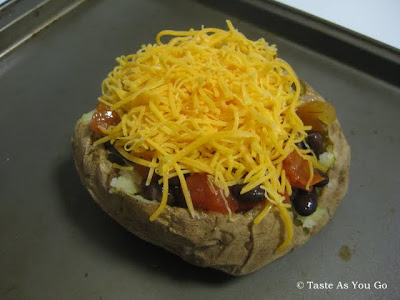 Topped the potato with shredded cheese... 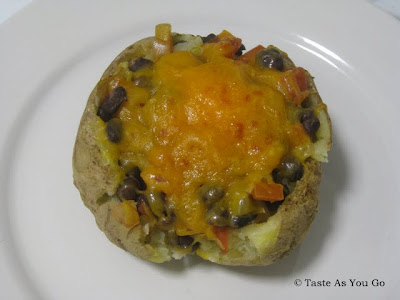 And placed it under the broiler until the cheese melted. (Hello! Heaven? Is that you calling?)

Honestly, I don't know why I never thought to do this before. I love Southwestern flavors and this baked potato did not disappoint! You can tell by the pictures that the potato will be plenty of food for one meal and it's a fantastic vegetarian option. And the best part? I had all of the ingredients already in my kitchen because I did such a great job stocking my pantry.

Give this recipe a try -- I think you'll love it! So, what do you put on your baked potatoes?

Recipe by Michelle Rittler, Taste As You Go