You Can Call Me a Freelance Food Writer 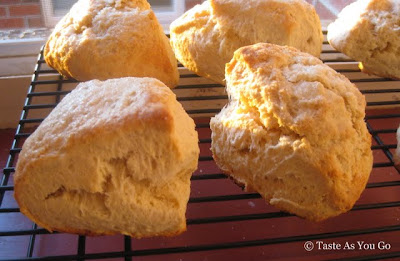 Back in January, I announced on Twitter that I landed a freelance writing gig and that the position was food-related. I said no more about the subject until the beginning of February, when I received the first check that turned me into a paid freelance writer. Here it is, the beginning of March now, and it's only the third time I've mentioned anything about it. Why so hush-hush?

I wanted to wait until my first piece was published to speak in more specifics. I was nervous that the position would fall through. I didn't want to jinx it. I didn't want to declare victory too early. It turns out, I had nothing to worry about and now it's time to reveal who I'm writing for.

The picture of the scones is a hint. Here's another one: 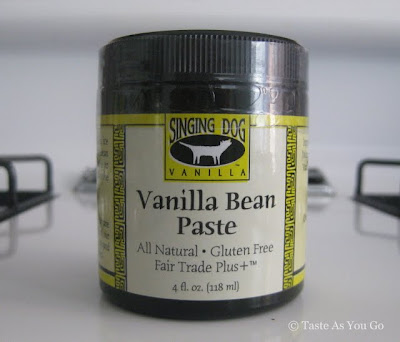 Remember when I posted the recipe for my Pomegranate Vanilla Scones with Pomegranate Whipped Cream last December? Remember how word of the scones got back to Marty, the CEO of Kestrel Growth Brands? Remember when my recipe was featured on their website?

Truth be told, I was perfectly happy with having a recipe featured on a website other than my blog. So happy, that I never imagined receiving the following email from Marty:

I... would like to talk to you about doing some writing for our website. I like your easy, approachable writing style... I would like to start having someone interview a chef or baker from our list of customers and write a little bit about them on our site. It is clear that you have a passion for good food. Is this something that you would be interested in discussing?

Well, of course, I was interested! Marty and I exchanged several subsequent emails discussing project details and setting up my first interview for the company. And now, my interview with Iris Sullivan Daire of the Blue Scorcher Bakery Café in Astoria, Oregon has been published!

Go check it out!