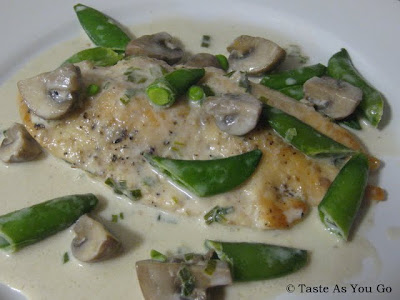 I have been at my job for just over three months now and, slowly, responsibilities and tasks and obligations that had been delegated to others are finding their way back to my desk since I've proven that I have a brain, that I know how to use it, and that I won't crack under the pressure when asked to do so. One of those responsibilities is that of the Business Unit Manager for my department (ooooh...), meaning I'm in charge of making sure that everyone follows the rules of document retention set in place by our corporate headquarters. 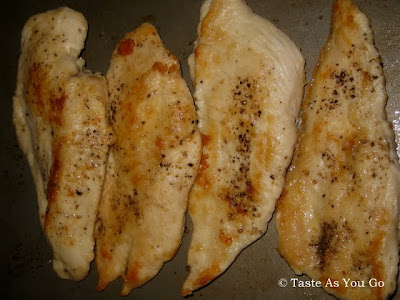 Stay with me, I have a point. 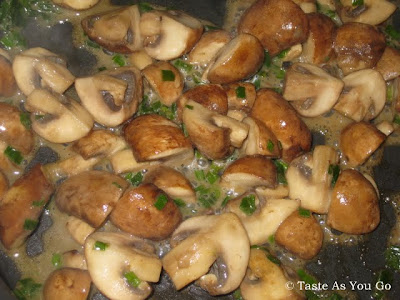 Document retention goes hand-in-hand with document purging. So, inspired by the chance to weed through the stacks of paperwork in her office, my boss has been trying to go through a pile every few days, giving me things to file, to toss, to mark for off-site storage, etc. As a result, I found myself with a stack of back issues of the Food Network Magazine on my desk, issues that were given to my boss months ago but never managed to find their way out of her office. While flipping through one of those issues, I came across this recipe for Chicken with Creamy Mushrooms and Snap Peas that I just had to try. 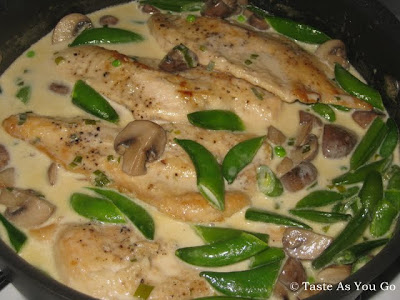 The ingredients were easily accessible, the recipe was simple to prepare, and the resulting dish was just rich enough for me to start feeling guilty about cooking with heavy cream. (Then again, I still need to gain weight, so I suppose I should cook with heavy cream more often!)

I had plenty for dinner the night I made it and even more for leftovers for later in the week. And, oddly enough, every time I took a bite of it, I was actually reminded of a dish that my mother made on a regular basis that I hated -- chicken casserole made with chunks of chicken, white rice, and cream of mushroom soup. Those casseroles always came out of the oven looking gray and inedible and tasted like paste.

As I ate, I kept asking myself, "Why couldn't mom's casserole have tasted like this?"