I had every intention of taking it easy this Fourth of July weekend. I wanted to catch up on sleep, to keep everything low-key and chill. Yet, here it is, Saturday night, and I'm pretty damn exhausted. I suppose it didn't help that I diligently stuck to my Hartford Marathon training schedule and ran 3 miles in this heat. Or that Stephen and I spent a good chunk of our afternoon dodging all the tourists at the Metropolitan Museum of Art just so I could finally see the Picasso Exhibit. 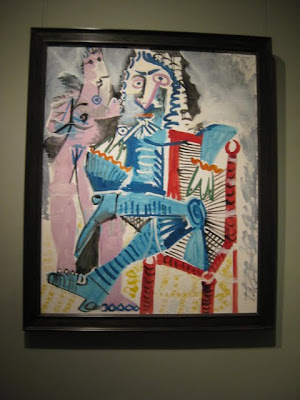 In order to partially follow-through with my plan, I'm going to allow myself to get lost in the memories of some of the food that I ate while out in Arizona in May for the big Grand Canyon hike. 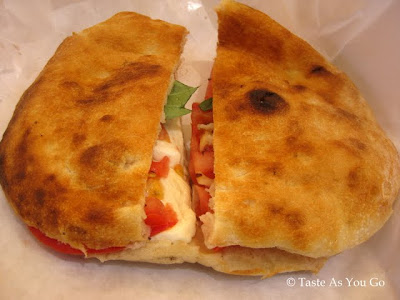 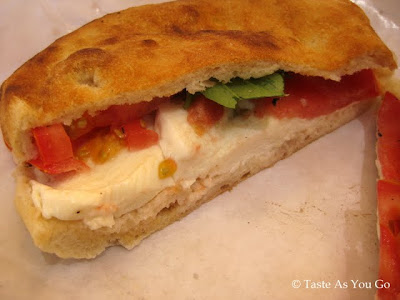 I flew into Phoenix from New York and one of the first items on the agenda was to grab lunch at Pane Bianco. The place was packed -- a good sign -- and smelled of the bread they were baking on the premises. I ordered the Homemade Mozzarella, Local Tomato & Basil Sandwich ($8), which was made with bread that was still warm. I loved the fact that all of the ingredients were fresh and local. No need to wonder about how far those tomatoes traveled on a truck to be included on my sandwich. Truth be told... I think I would have walked away from that lunch just as satisfied if I had just eaten the bread! 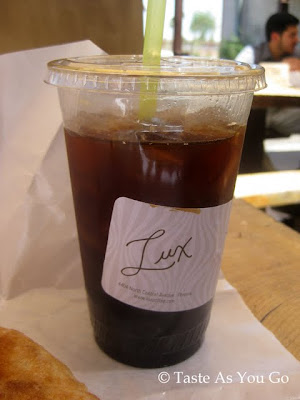 To wash down the sandwich, Stephen went next door to LUX Coffee Bar and bought me an iced coffee. My second coffee within an hour of arriving in Phoenix (the first being the Starbucks I chugged at the airport). Without question, the iced coffee from LUX was far superior and the perfect drink to sip on while trying to stay cool in the heat of the Phoenix sun. 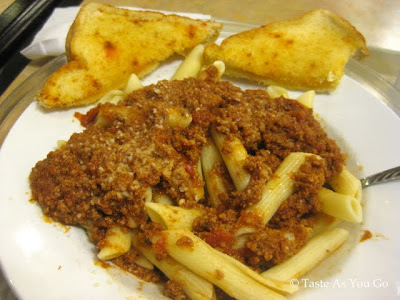 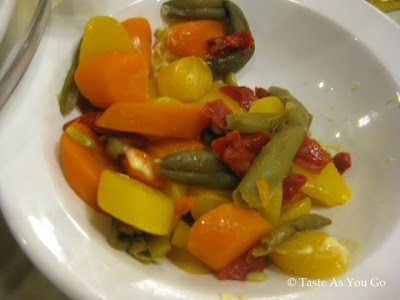 After settling into our room at the Maswick Lodge at the Grand Canyon, we headed out to the rim to take pictures before sunset. Then we loaded up on carbohydrates at the cafeteria so we'd be ready for the hike the next day. I chose Penne with Meat Sauce and a bowl of Steamed Vegetables. The pasta was precooked and reheated in the microwave before the sauce was poured on top of it. I can tell you this - it tasted like it was precooked and reheated in the microwave. I ate as much of it as possible since I knew I'd need the energy, but it was pretty awful. 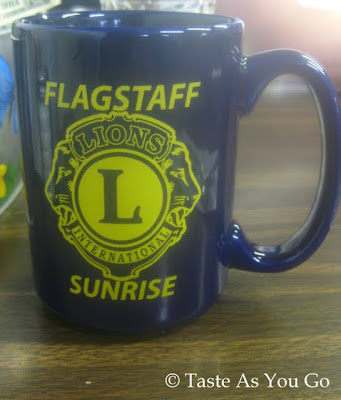 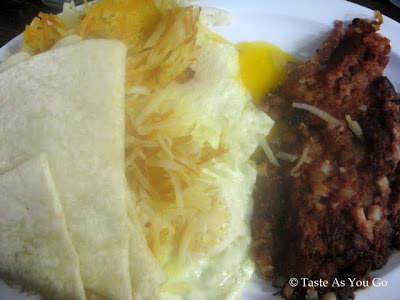 Pictures from the post-hike dinner at El Tovar Hotel did not survive (bad lighting), so fast forward to breakfast in Flagstaff at Mike & Ronda's The Place the next morning. We were all ravenous and I couldn't wait to get a cup of decent coffee into my system. Along with Corned Beef Hash, Eggs, Hash Browns, and Tortillas. Good God! The amount of food on that plate in front of me was unreal. But it hit the spot and nearly made me forget that it hurt to walk. 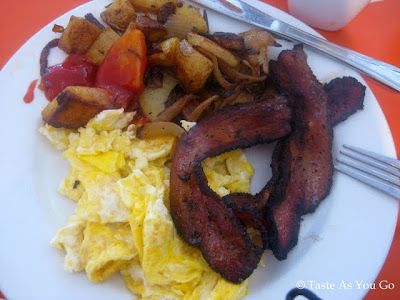 Come hell or high water or a wait for a table that rivaled the wait at some of the hottest brunch spots in New York City, we were going to eat at Matt's Big Breakfast on my last full morning in Phoenix. I ordered The Hog & Chick with scrambled eggs (cage-free from humanely-raised chickens), bacon (from grain-fed pigs), and home fries. Seriously amazing food. I instantly understood why the crowd outside on the sidewalk was so large. The more I ate in Phoenix, the more I fell in love with it. I can't wait to go back and explore the city some more!

PS. I didn't take pictures of it because I felt strange about using my camera during such a fancy meal, but we had the opportunity to eat dinner at Binkley's in Creek Cave the night after our Grand Canyon hike. Words cannot describe how unbelievable that food was. If I'm fortunate enough to have another meal there, I'm taking pictures. Period.