Just a Tad, Thanks to Honest Beverages 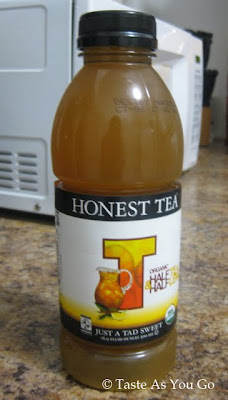 I was provided with product samples at no cost. I do not accept monetary compensation for writing about these products or about my experiences while using/trying them. All opinions expressed are my own.

We're still a couple of weeks away from the official start of summer, but I'm already habitually sitting in front of my tower fan, moving it around my apartment to avoid melting in the sweltering heat. And, to keep hydrated, I'm never out of arm's reach of my water bottle. (Actually, I think that started when I started training for my first half marathon.) I'm not sure what we in the Northeast did to deserve heat wave after heat wave before the middle of June, but I'm finding myself longing for the frigid days of winter more and more as means of relief. And I hate being cold. 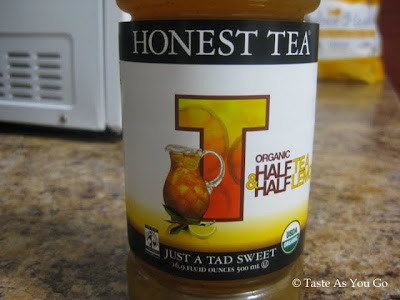 On the days when it's too hot to blink, there's really nothing better than sipping on refreshing iced tea or lemonade. Recently, the folks at Honest Beverages sent me some samples of of their products to try, and they couldn't have had better timing. I turned to their iced tea to quench my thirst in those moments when I discovered that I had forgotten to refill the Brita pitcher. I tried the Honest Tea Half & Half variety first since the combination of "half tea" and "half lemonade" sounded delicious. Made of purified water, organic cane sugar, organic lemon juice concentrate, organic Fair Trade Certified(TM) black tea, organic lemon extract, ascorbic acid (Vitamin C), and citric acid, I thought the flavor was more biased toward the tea side of things. I would have liked the lemon flavor to be kicked up a bit, but, overall, it was very good. And, at only 6 grams of sugar per serving, I'm not likely to feel too guilty about drinking my weight in the stuff. 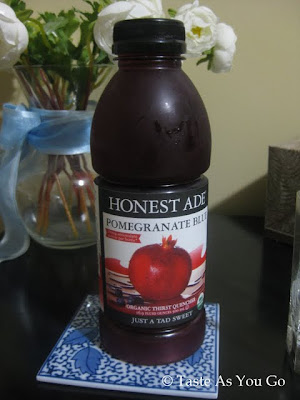 A few days later, I tried the Honest Ade Pomegranate Blue. I typically don't drink beverages made from blueberries -- I really only like blueberries when they're fresh -- but I wanted to broaden my horizons. After a few sips, I had the sinking suspicion that I had tasted that flavor combination before and then it occurred to me when. The Pomegranate Blue reminded me of Juicy Juice Berry, which was a staple in our house when I was growing up, with a little less berry. (The only difference being Juicy Juicy products contain 100% juice, while the Pomegranate Blue only contains 10% juice.) 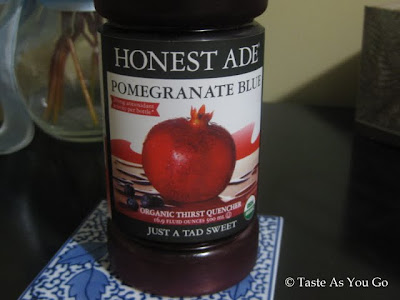 While refreshing, I think featuring pomegranate on the bottle is a little misleading. For me, the more prominent flavor was blueberry and I founding myself wanting more pomegranate flavor. I wanted the tartness and not the subtle sweetness. But that wasn't too surprising given my aforementioned feelings about blueberries and my history with pomegranates. At least I knew it was chock-full of antioxidants and a great late-afternoon beverage choice due to the lack of caffeine. 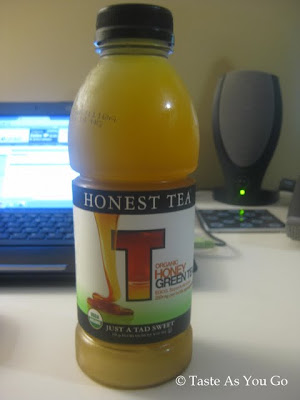 I saved the third sample -- Honest Tea Honey Green Tea -- for last since I already knew I liked it. When it comes to green tea, I like it "as is," so the bit of honey that's added -- the ingredient that makes it "just a tad sweet" is appreciated here. Now I know which flavor to go for on National Iced Tea Day!

Have you tried any of the Honest Beverage varieties? If so, what's your favorite?