Quinoa with Corn, Scallions, and Mint 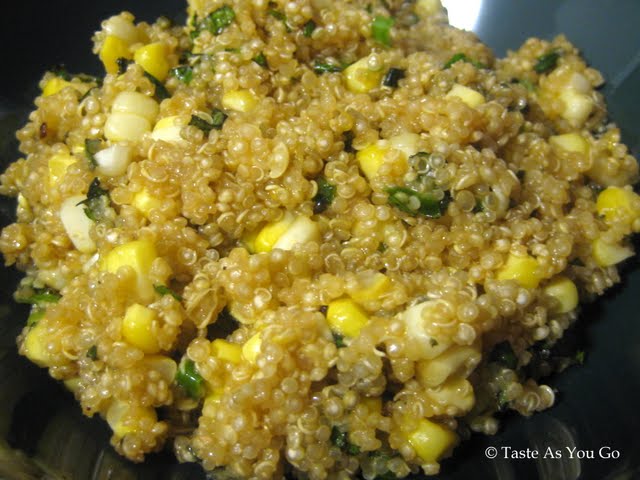 After a five-month haitus* from my Gourmet, unbound contributions, I'm back! Before I started scouring the Gourmet archives on Epicurious, I took some time to think about getting a little something more out of the this project. I wanted to challenge myself, so I gave myself a set of rules:

In the true spirit of Taste As You Go, I wanted to move away with the familiar and try something new. It's easy to fall into your comfort zone while in the kitchen, to prepare dish after dish containing ingredients you already know you like or you already know how to handle and manipulate in terms of flavor. Before I knew it, I found a recipe that would allow me to abide by my three rules: Quinoa with Corn, Scallions, and Mint. 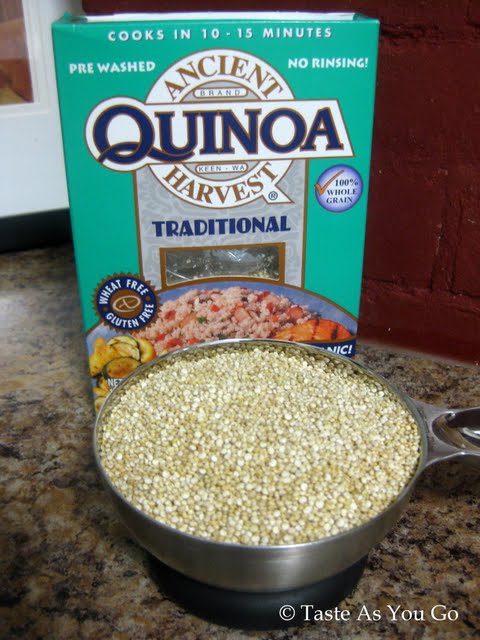 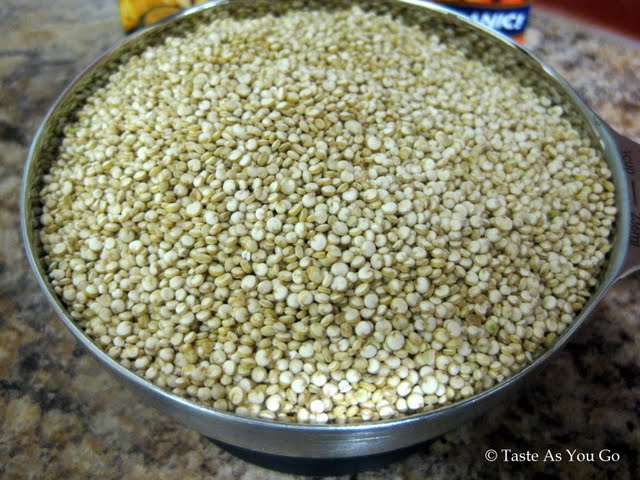 When I had lunch with my friend Lorianne at Josie's East back in February, I ordered the Organic Three Grain Vegetable Cheeseburger, which was made with quinoa, bulgar, and couscous. That was the first time I had ever eaten quinoa, and I really enjoyed its delicately nutty flavor. I made a mental note to try and incorporate some dishes that featured quinoa into my culinary repertoire and was thrilled when I found this recipe in the August 2006 issue of Gourmet.

Most people think that quinoa is a grain; however, it's actually a seed. It's rich in protein, iron, and potassium and a good source of dietary fiber. And, quinoa contains no gluten, so it's the perfect food for those who follow a wheat-free/gluten-free diet! 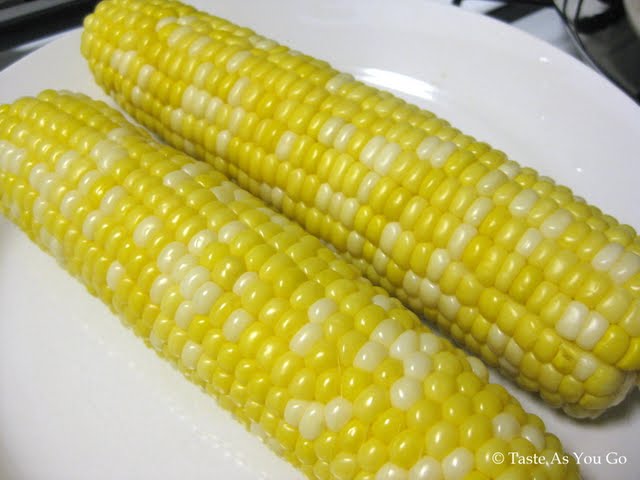 What really made this dish special, though, was the fresh, sweet corn. After cooking the corn and putting it on my cutting board to cool before attempting to remove the kernels, I found it extremely difficult to ignore the temptation to slather on some butter and just eat the corn by itself! Thankfully, I got a hold of myself and pushed through to finish the recipe with all of the ingredients.
Light and fluffy in texture, yet filling and substantial enough to constitute the perfect summer meal, this dish is a new favorite of mine. Definitely give it a try! 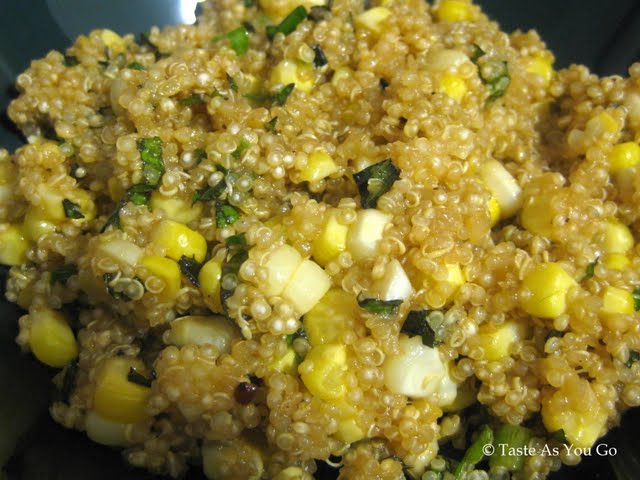 Recipe by Michelle Rittler, Taste As You Go | Adapted from Gourmet, August 2006

* Life got in the way. That's my only excuse.
** It's even tastier the next day, so don't be afraid to eat this dish cold, straight out of the refrigerator!