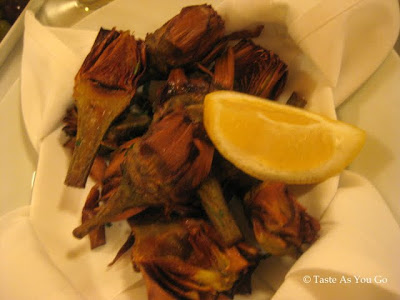 Because I work in Midtown Manhattan in Advertising Sales, one may be quick to assume that the power lunch is a regular fixture in my day-to-day routine. As much as I would love to admit to living a life that allowed me to spend more than one month's rent on a single meal with clients, I handle all things administrative for my department and would look absolutely ridiculous negotiating deals over lunch. In fact, lunch for me usually consists of popping out to pick up something small that I could bring back to the office and eat at my desk -- a sandwich, a salad, a bowl of soup. 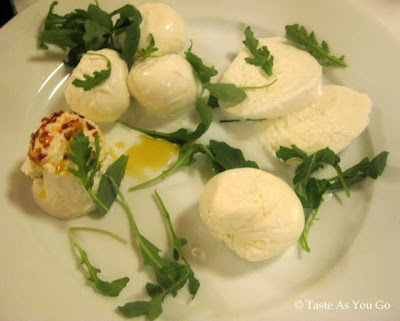 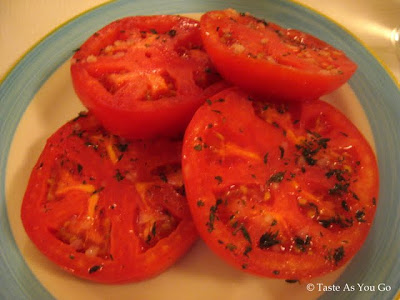 The opportunity to eat lunch at a restaurant is rare, so when I was invited to join my boss and a handful of other coworkers at Bond 45, I was all over it. Bond 45 is an Italian steakhouse located in the center of the Theater District that features one of the most impressive mozzarella bars and antipasti bars I have ever seen. Because of this, the five of us ordered some items to share:

Everything was so fresh and delicious, I think I could have had a satisfying meal had I continued to order off of the antipasti menu! And, in the interest of growing into a more open-minded person (and food blogger), I did the unthinkable. I tried an olive! 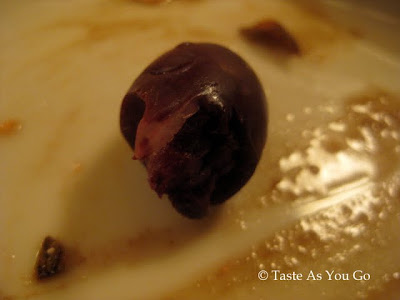 This may seem like no big deal, but olives have always found themselves on my list of cringe-worthy foods, and I usually avoid dishes that incorporate them as a main ingredient, eat around them, or simply pick them out and offer them to the highest bidder. But, not this time. I was bold when selecting an olive and bold when taking a bite. Had I relinquished control of my camera to someone else at the table, the contorted face that I made as soon as I put the olive in my mouth might have been captured for posterity. 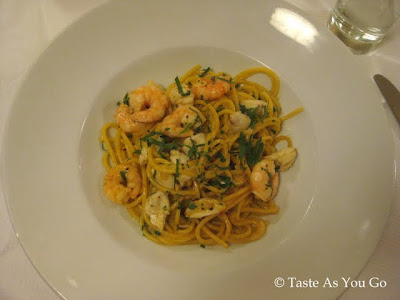 Although my efforts to reconcile with olives were well-intentioned, I was unsuccessful. Thankfully, the main part of our meal came out to the table relatively quickly, so I didn't have too much time to sit there feeling like a food enthusiast failure. Yusuf and Cheryl each ordered the Spaghetti alla Chitarra with Jumbo Lump Crabmeat and Shrimp in a Sea Urchin Butter Sauce, a sauce that had the power to add five pounds to your hips just by saying the name of it out loud. 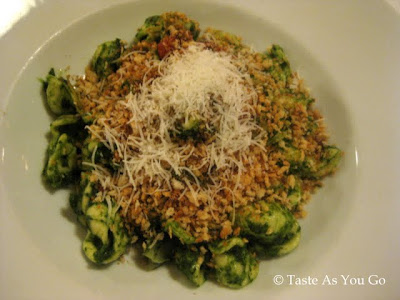 Caryn chose the Orecchiette Pugliese with Broccoli Rabe and Pecorino, slightly healthier for you but every bit as flavorful. 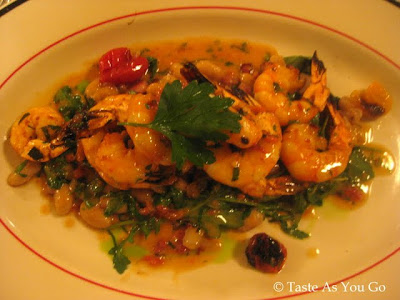 Back on the I-don't-want-to-know-how-many-calories-are-in-this-so-don't-tell-me side of life, I ordered the Shrimp Scampi served with Pancetta, Cannellini Beans, and Grape Tomatoes after asking our waiter for assistance. I was debating between that and the Lobster Risotto, and he steered me in the direction of the scampi. After taking one bite, I was grateful for his guidance and savored every buttery moment. 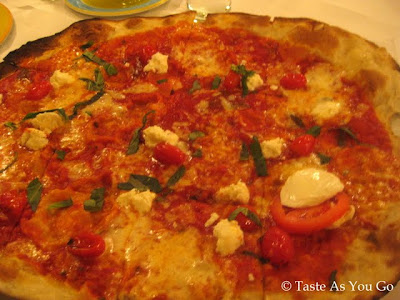 Even though we chose pasta dishes, Donna had a craving for pizza and ordered the Buffalo Margherita Pizza with Buffalo Mozzarella (obviously), Cherry Tomatoes, Sliced Tomatoes, and Basil. The crust was thin and crispy and had soaked up all of the flavors layered on top of it. And, because Donna couldn't eat the whole thing, even with help from the rest of us, guess who got to take home the leftovers. *smile* 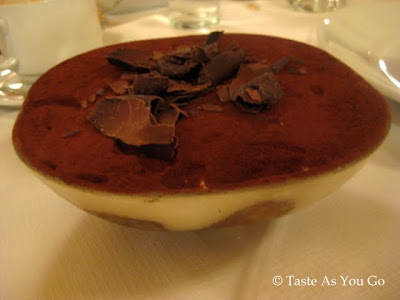 Since no meal would be complete without dessert, we ordered Tiramisu for the table. Do you see the size of that bowl?? Unless you are very ambitious or were restrained throughout the rest of the meal and only allowed yourself a small plate of food (ie. we did not do that), don't attempt to eat this Tiramisu without help. It's serious and intense and, quite possibly, the biggest serving of the stuff I've ever seen. But once you take your spoon to it, you'll let go of any fear of not being able to finish it that you may be harboring. You'll get over the worries about not getting a glance of the bottom of the bowl. Whatever you order at the beginning of the meal, make sure to order the Tiramisu at the end of it.

You won't be sorry.