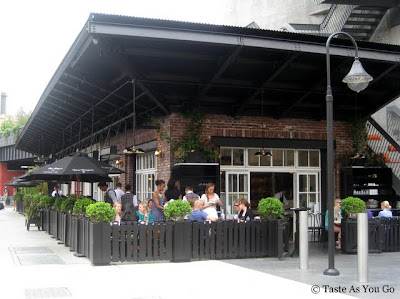 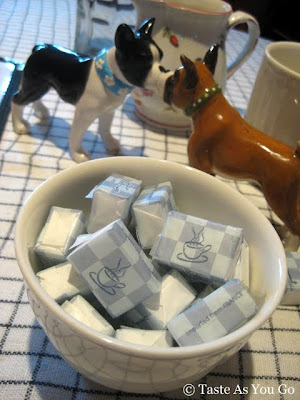 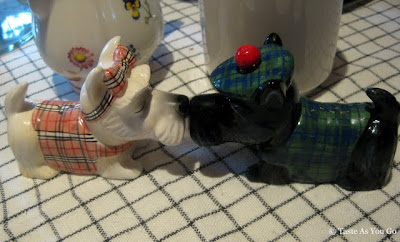 After much deliberation over suitable brunch locations (i.e. locations that didn't charge us around $20 for scrambled eggs), we decided to meet up under the High Line in the Meatpacking District for brunch at The Standard Grill. Merely seconds after we were seated, I fell in love with the character of the restaurant and the effort put into making the atmosphere appear friendly and whimsical without appearing tacky at the same time. The dog salt-and-pepper shakers on each table were absolutely adorable, and I had Stephen switch our set with the one on the next table so I could take a picture of the kissing Scottish Terriers. 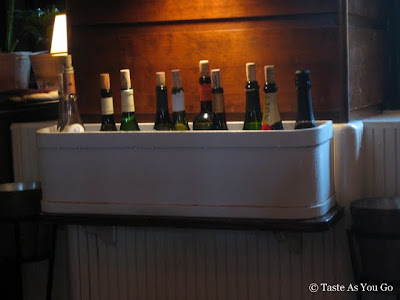 I even fell in love with the window boxes used to hold open bottles of wine. It made so much sense to put the bottles strategically around the restaurant so the servers didn't have to go all the way back to the bar to get glasses of wine. 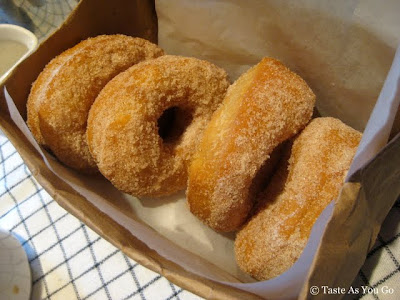 Since we started with the Brioche Doughnuts at Craftbar, we felt compelled -- both morally and ethically -- to order the Housemade Raised Donuts with Cinnamon Sugar ($8) for the sake of comparison. Size-wise, the donuts at The Standard Grill were larger those at Craftbar, so they were filling. A good thing to share with friends if you're planning on ordering something substantial for the main part of your meal. Taste-wise, they were very similar... though, we did miss the dipping sauces offered to us at Craftbar. 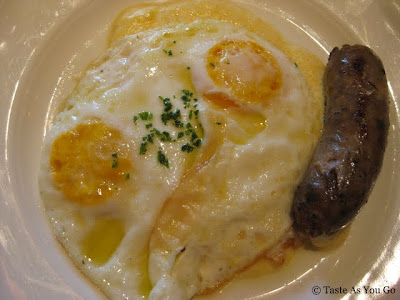 As soon as I spotted the word "polenta" on the brunch menu, I knew what I wanted to order -- the Creamy Polenta with Broccoli Rabe Sausage and Fried Egg ($14). Unfortunately, I was underwhelmed. The polenta was most definitely "creamy," but the consistency was all off. It was too creamy and had no appreciable body to it. It was also poorly seasoned and could have used a healthy pinch of salt. As for the sausage, it wasn't what I was expecting. While the flecks of green from the broccoli rabe added color to the sausage, they didn't do anything for the flavor. And, parts of the sausage were undercooked. (Danger, Will Robinson!) 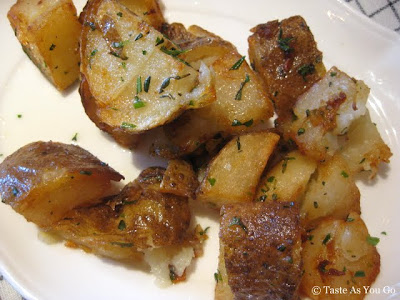 Halfway through my meal, I decided that something was missing from my plate. I could have just ordered some toast so I'd have something to dip into the yolks of my eggs, but I opted for the rather expensive side of Herb Roasted Potatoes ($7). Tasty, but they didn't save my meal. Next time (if there is a next time), I'll order differently. 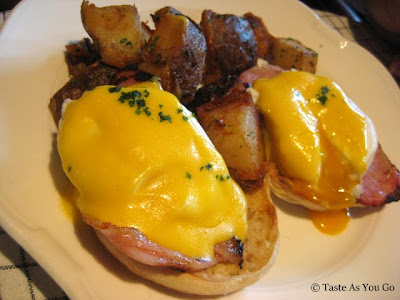 As he did at Craftbar, Stephen ordered the Classic Eggs Benedict ($16). Although he enjoyed it (and cut one of the eggs in half so I could get a shot of the yolk running out onto the plate!), the final verdict decreed the Eggs Benedict at Craftbar as superior. Could Melissa's brunch choice put a tally in The Standard Grill column? 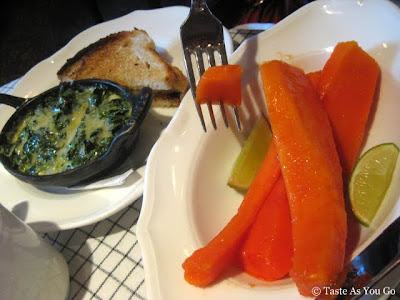 Despite not really liking Gruyere, Melissa ordered the Baked Eggs Florentine with Creamed Spinach, Gruyere and Toast ($15), as well as the Mexican Papaya with Fresh Lime and Vanilla Syrup ($7). And she actually enjoyed the Eggs Florentine! I didn't try any of the eggs, but the papaya was delicious. The vanilla syrup really brought out the natural sweetness of the fruit. 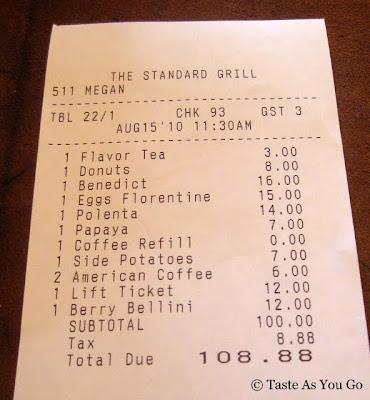 Given what we paid for brunch, I would have wanted a better experience, an experience that matched our surroundings. But with the so-so food and the somewhat confused service (food came out of the kitchen multiple times... food that wasn't ours), I'd say that the only memorable parts of the meal were the company and those kissing dog salt-and-pepper shakers.