Hunting for Treasure at The Brooklyn Kitchen

Image Courtesy of The Brooklyn Kitchen

After enjoying a leisurely Sunday brunch in Brooklyn with my friend Mary at DuMont, we convinced ourselves we weren't full and began walking in the direction of Peter Pan Donut & Pastry Shop. Mary was jonesing for a donut, and since I had never been there before, who was I to stand in the way of a woman with a craving? On our way, we made a quick stop in The Brooklyn Kitchen. Just as I was embarrassed to admit that I don't eat in Brooklyn as often as I should, I'm equally embarrassed to admit that I had never been to The Brooklyn Kitchen before. (Of course, that means I've also never been to The Meat Hook, the butcher shop that's housed in the same space.) 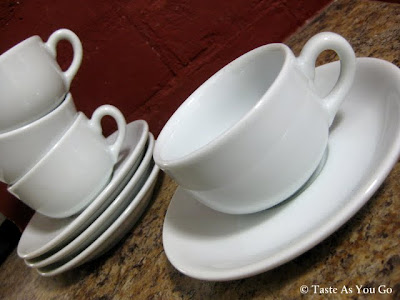 I hadn't taken but five steps into the shop before I fell in love. My childhood came rushing back to me and I felt like I had just been led through the door of the nerve center of Willy Wonka's candy factory. I didn't know what to look at first. The wall of professional-grade knives? (Because that's exactly what a kid would go for first... the weapons...) The assortment of cutting boards and butcher blocks? The cookware and bakeware? The gourmet treats? The books? The bins full of interesting-looking-why-don't-I-have-one-of-those-in-my-life gadgets? I was totally overwhelmed and was loving every second of it. 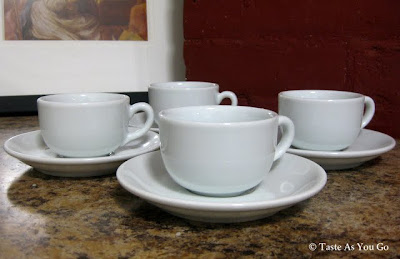 I didn't spend too much time in reverie mode and made the switch into hunter mode pretty quickly. Even though the stop into The Brooklyn Kitchen was impromptu, I began to search for a very specific item on my foodie wish list: a set of espresso cups. After a little bit of searching, Mary finally spotted them. 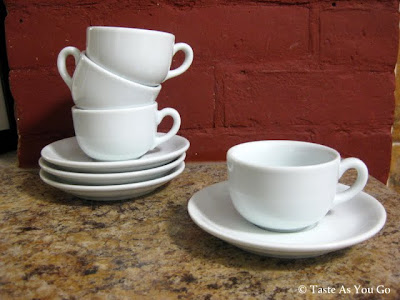 I didn't hesitate. I grabbed a box of the cups on the shelf beneath the display set and immediately got in line. For less than $15 (including NY sales tax), those cute little cups were mine!

Any guesses as to why I wanted them badly enough to force Mary to delay our donut run?