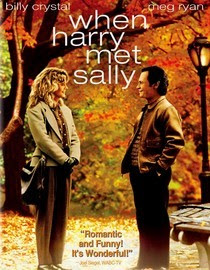 Like Sally, "on the side" is a very big thing for me, and I want my food the way I want it, too.

So, it should come as no surprise that I eat my cereal sans milk. Milk, obviously, begins to break down the cereal as soon as you pour it over the the top. And, because I'm also a slow eater, I wind up wasting more than half of my cereal because it achieved an unappealing state of sogginess before I could get to the bottom of the bowl.

I recently came across a post from Foodista in my Google Reader that introduced me to a product that might, very well, change the way I eat cereal. The Obol is being marketed as "The Original Crispy Bowl" and features a partial divider in the center of the bowl that keeps the crispy, crunchy cereal separate from the milk! You can take the cereal a spoonful at a time and scoop up as much milk as you'd like to go along with it.

I haven't purchased one yet, but I'm seriously thinking about it. Have any of you used an Obol before? What are your thoughts? If you haven't heard of this product yet, do you think you might give it a try?