Skip to main content
Labels
Posted by Michelle Rittler May 30, 2011

From Market to Table at BLT Market 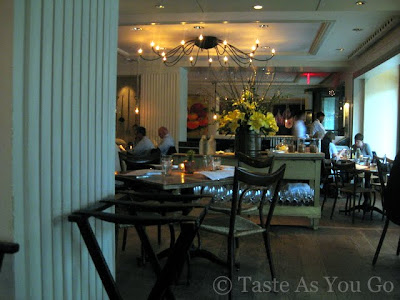 I'm going to tell you something that may shock you. Despite being a food blogger/foodie/food enthusiast, I don't plan my dining adventures around the latest "It" restaurant. I also don't put my name on the list for a reservations months in advance in order to secure a table at one of the trendiest establishments in New York. If I let myself get sucked in by the hype and wind up not having an experience that lives up to the high expectations, then I find myself feeling let down and disappointed. File the meal under "okay, but nothing special." 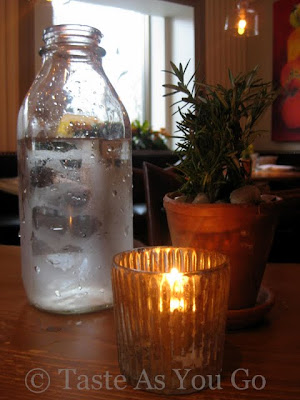 That's where I'd file my dinner at BLT Market, under "okay, but nothing special." When I made plans to eat there with friends, I was excited because I had heard so many good things about the food. I support the restaurant's philosophy of building their menus around seasonal, local ingredients and was looking forward to tasting the culinary creations of Executive Chef Laurent Tourondel. 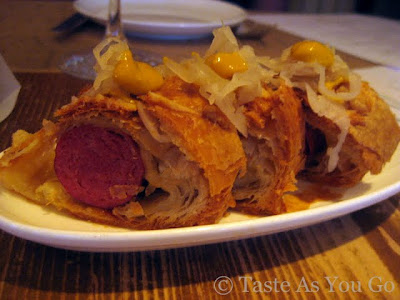 To tide us over as we perused the dinner menu, our server brought out a complimentary appetizer, Pastry-Wrapped Bratwurst with Sauerkraut and Mustard. The appetizer featured two ingredients I'm not a fan of, sauerkraut and mustard, but, in the spirit of the occasion, I helped myself to a piece. The pastry was flaky around the plump, juicy brat, and the sauerkraut and mustard were used so sparingly that I didn't mind having them there.

Would I purposely order the dish if it were offered on the regular menu? No. Am I proud of myself for staring the sauerkraut and mustard down long enough to have a taste? Yes. 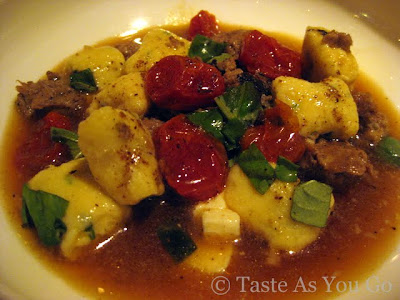 For my first course, I chose the Ricotta Gnocchi with Homemade Turkey Sausage, Oven-Dried Tomatoes, Baby Spinach, and Mozzarella ($19; $32 for entrée portion). I loved this dish. The gnocchi were perfect little pillows that seemed to melt effortlessly in my mouth. The spiciness of the sausage and the sweetness of the tomatoes worked in perfect harmony and the whole dish benefited from the freshness of the spinach. My own criticism was my lack of spoon. I wanted to scoop up the broth to eat with the gnocchi but only had a fork on my side. After several thwarted attempts at getting a spoon from our server, I swiped one from the server station by our table. I concluded that getting scolded for sticking my hands where they didn't belong was preferable to making a fool of myself slurping up the broth directly from the bowl. 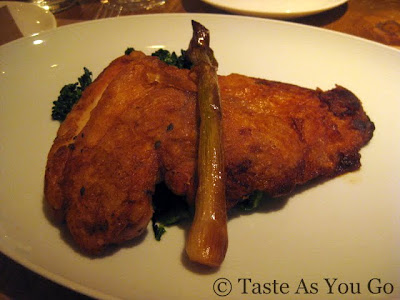 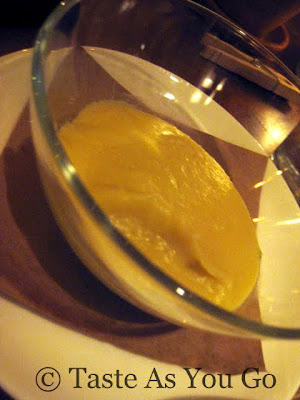 Unfortunately, my amorous feelings toward my food experienced a cold freeze once my entrée came out. I ordered the Crispy Amish Chicken with Spicy Broccolini, Roasted Spring Garlic Mash, and Sherry Vinegar Jus ($29). I was baffled from the moment the plates were put in front of me. Yes, plates. Despite there being plenty of room next to the chicken, the mashed potatoes arrived in their own bowl. Having the food separated like that made remembering to eat the mashed potatoes difficult. By the time I remembered they were there, they had gone cold.

The plating of the chicken was uninspired and even though the chicken was of high quality, it looked unappetizing and heavy. While the meat itself was moist and juicy, it was egregiously over-seasoned. By "over-seasoned", I mean crazy salty. I tried to ignore the saltiness, but it was too much and I had to stop eating after only a few bites. 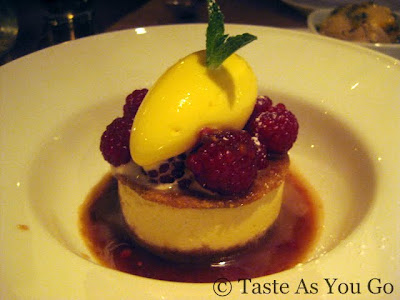 If it weren't for dessert, I would have left BLT Market with mixed feelings. The Crispy Amish Chicken was not worth the money and I was inclined to leave before adding more charges to the bill. But my friends wanted to try the dessert, so I played along and ordered the Honey Graham Cracker Cheesecake Sandwich with Raspberry A La Plancha and Meyer Lemon Ice Cream. Thank goodness I did! Revelation! I don't know why I didn't think to make a sandwich out of cheesecake before. I mean, the concept makes so much sense! And the combination of raspberry and Meyer lemon made the dessert absolute perfection.

The meal had its ups-and-downs. The service left something to be desired. There may have been low points to the dinner, but the parts that went well went really, really well, and everything ended on a high note.

It could have been worse, right?