Skip to main content
Labels
Posted by Michelle Rittler May 25, 2011

It Happens To Everyone 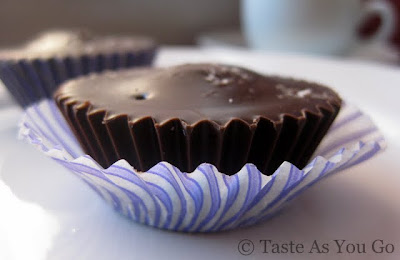 I was provided with product samples at no cost to me. I do not accept monetary compensation for writing about these products or about my experiences while trying them. All opinions expressed are my own.

They say it happens to everyone, but I didn't want to believe it. At least, I didn't think it could happen to me. But, about a month ago, it did. 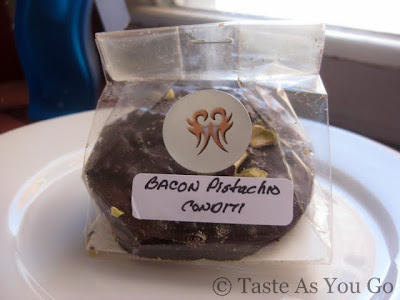 Just as I reached the bottom of the box of treats sent to me by Swiss Maid Fudge, another box of chocolate goodies arrived, this one from The Madison Chocolatiers West. Ready or not, my sweet tooth was about to be tested by the sweets prepared by Renee J. Rohrbach and Chef Ricky Sanders. 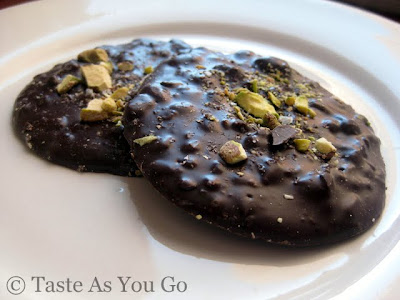 I was intrigued the most by the items that incorporated bacon as an ingredient, so I tried those within an hour of opening the box. First up? The Bacon Pistachio Conditi. Conditi are round, relatively flat confections with candied fruit or nuts or a combination of both. At first glance, they look like chocolate covered cookies, and, at first bite, you might be expecting a crisp texture. Not so much. 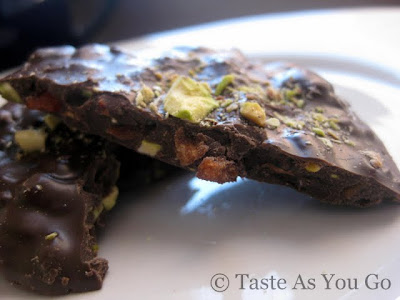 In the case of the Bacon Pistachio Conditi, the bacon flavor dominated to the point where I had to concentrate really hard to pick out the pistachio flavor. That was especially frustrating because I could see the pistachio bits throughout the conditi and I could see the extra bits sprinkled on the top as a garnish. Also, the bacon pieces were chewy rather than crunchy. I understand that this was probably done intentionally so the texture of the bacon resembled that of candied fruit, and that covering bacon in chocolate will affect its texture... but I prefer bacon to be crisp. 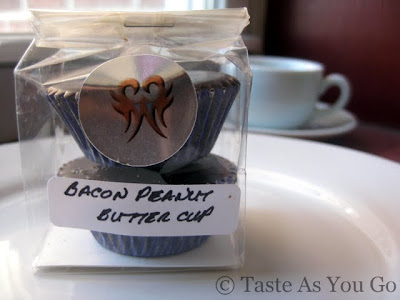 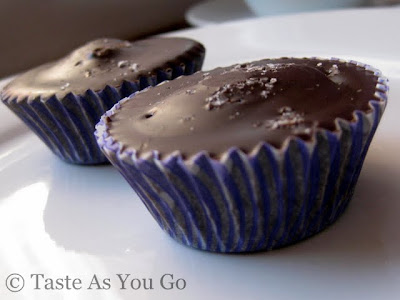 I set the conditi aside and moved on to the Bacon Peanut Butter Cups. Surely, these treats would capitalize on the killer combination of salty and sweet. Given my bacon experience with the conditi, I expected the bacon to be chewy inside the peanut butter cups, and I was right. However, this time, the bacon flavor was dominated by the peanut flavor. 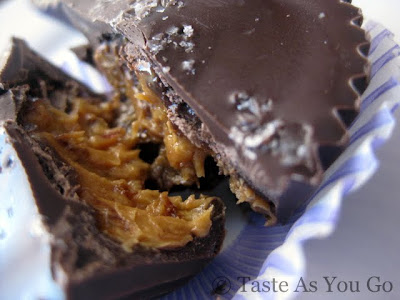 Normally, you'd want the peanut butter to shine in a peanut butter cup, right? Normally, too much peanut butter wouldn't be a problem. Well, if you tell me there's bacon in something, I don't want to just feel pieces of it between my teeth as I'm eating. I want to taste it!

I'm wondering whether my expectations are too high when it comes to bacon + anything else.