Skip to main content
Labels
Posted by Michelle Rittler // Taste As You Go May 01, 2011 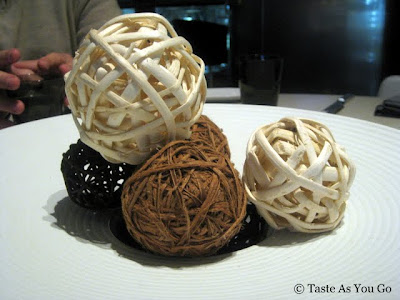 Last fall, the Grand Hyatt New York revealed its revamped and redesigned restaurant to the public. New York Central brings a modern vibe to this mainstay in the heart of Midtown Manhattan and showcases the culinary talent of Chef de Cuisine Christian Ragano (formerly of NoMI in Chicago). I had the opportunity to dine at New York Central for a business dinner back in March, and our group was treated to a direct view into the kitchen at the coveted chef's table. 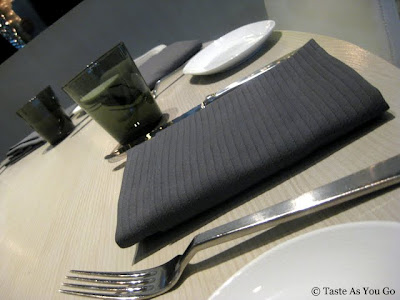 As our water glasses were being filled, our servers told us that New York Central filters and purifies their water on site. The restaurant also makes their own sparkling water. Chef Ragano came out of the kitchen to explain some of the dishes on the menu. While the dishes are prepared using French techniques, the menu is inspired by Spanish and Italian cuisines. 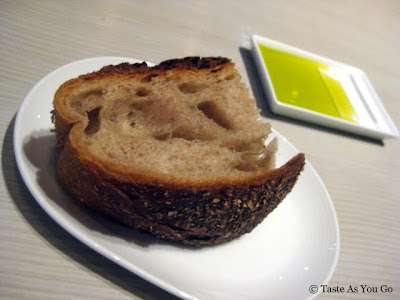 The bread served at New York Central is provided by Orwasher's Bakery. Diners have the option of choosing between two varieties of their Artisan Wine Breads -- the "Chardonnay Wheat" (pictured above) or the "Cabernet White". The bakers at Orwasher's gathered grapes from the Channing Daughters Winery out in Bridgehampton on Long Island to infuse in the starters for these breads, which truly showcase what New York has to offer. 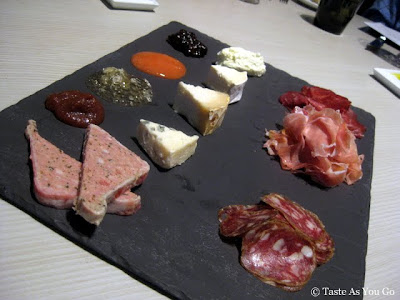 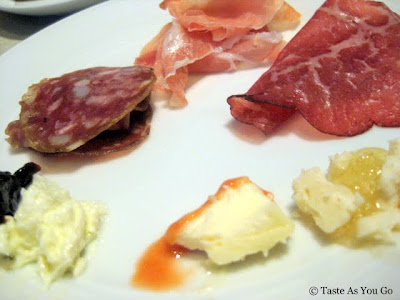 Rather than attempting to choose starters that would appeal to everyone, Chef Ragano brought out an assortment of the most popular dishes. The Selection of Artisan and Homemade Charcuterie ($15) plate was devoured quickly and included bresaolo, prosciutto, wild boar sopressata, and homemade pate. 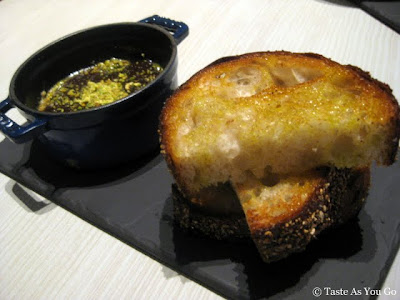 One of my favorite dishes of the entire night was the Foie Gras Mousse ($17) with Black Tea and Prune Jam and Country Toast. For me, this was the epitome of decadence. The foie gras mousse was smooth and rich and the subtle sweetness of the black tea and prune jam elevated it to a whole new level. I was grateful for the generously thick slices of toast, as I used every last crumb to scoop the mousse out of its miniature cast iron serving pot. Needless to say, I found it difficult to share this dish with the rest of the table! 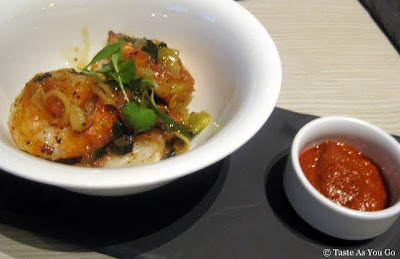 Thankfully, there were other delicious dishes on the table to keep them happy, like the Pan-Roasted Prawns ($18) with Charred Scallion and Fennel Salad and Romesco Sauce. This dish highlighted traditional Spanish flavors, and I thought the sweetness of the Romesco sauce accentuated the natural sweetness of the prawns. Had I not been so territorial with the foie gras mousse, I might have also hoarded this dish for myself. It was so good, that I can't help but wonder whether it might be offered as a main dish in the future rather than just as a starter. 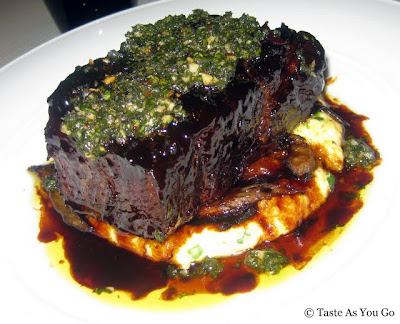 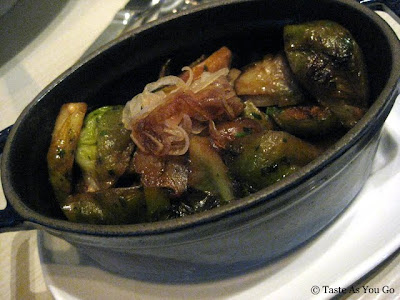 Speaking of main courses, I chose the Prime Shortrib ($28) with Manchego Polenta and Chimichurri with a side of the Roasted Chestnut and Brussel Sprout Ragout ($8) with Bacon and Pear. The shortrib was tender and just fell apart with one touch of my fork. Unfortunately, the meat was seasoned very heavily with salt and the saltiness was doubled with the addition of the Manchego in the polenta and the chimichurri sauce on top. The Roasted Chestnut and Brussel Sprout Ragout was also a bit of a let-down after the winning starter dishes. The chestnuts were too crunchy for my liking and the sprouts were soggy. It was as if the dish had been prepared too far in advance and was left under the warming lights for too long.

While I was disappointed with my main course, I was so enamoured with the Foie Gras Mousse that nothing else seemed to really matter. Overall, we had a lovely meal at New York Central, and it was so nice of Chef Ragano to take the time to come out of the kitchen to talk to us throughout the meal. Interacting with the chef made our meal that much more special.