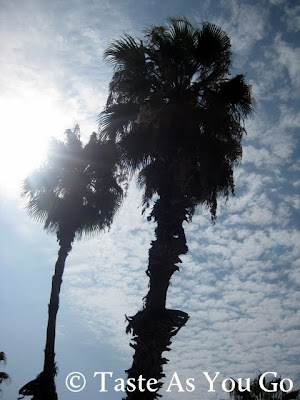 
I was provided with the opportunity to travel to Mexico on this press trip at no cost to me. I did not accept monetary compensation for writing about the trip or about my experiences while in Mexico. All opinions expressed are my own.

Let me begin by telling you that I absolutely loved waking up in Los Cabos. Although my alarm was set so I would have ample time to shower and dress for my second day in Mexico, I didn't jump out of bed feeling anxious about the things I had to do. I woke up refreshed and ready to begin exploring. Even after the epic dinner we had the night before!


Our group assembled at the Grand Solmar grand entrance, some of us with cameras at-the-ready in case we encountered something interesting to capture while peering out of the windows of our van. We were fortunate enough to have Hector Giles, General Manager of EPIC Group, as our guide for the morning, and as we drove 20 miles north through the "Resort Corridor" to San Jose del Cabo, Hector told us a little more about the area.

Los Cabos, or "The Capes" in Spanish, includes two main towns, Cabo San Lucas at the extreme tip of the Baja Peninsula and San Jose del Cabo on the Sea of Cortez, along with Cabo del Este (East Cape) and the Pacific capes between Cabo San Lucas and Todos Santos. It is here that you can experience life between the desert and the ocean.

Hector told us that Los Cabos is considered one of the world's most famous golf destinations, boasting championship courses designed by Jack Nicklaus, Tom Fazio, Greg Norman, Roy Dye, Davis Love III, and Phil Mickelson. For a brief moment in time, I wished I were a better golfer so I could take advantage of my surroundings! 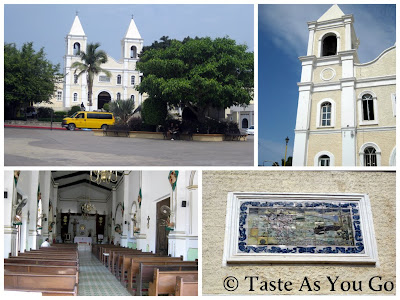 Our tour of downtown San Jose del Cabo began at the Mission Church of San Jose del Cabo, which was founded by the Jesuit priest Nicolas Tamaral in 1730. Although it serves as the main Roman Catholic Church in Los Cabos, the Mission has a bloody past. This was the site of the torture and death of Padre Tamaral in 1734 in the midst of the Pericues Rebellion, during which the indigenous people of the region banded together in uprising and attacked the missions. Just being there and hearing Hector tell us about the history of the building gave me goosebumps. 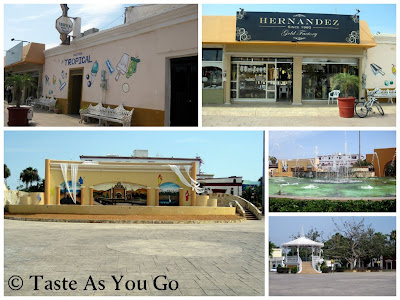 After our history lesson, we were free to wander around the plaza in the center of downtown San Jose del Cabo and the shops lining its perimeter. Being surrounded by the beautiful Spanish colonial architecture of the buildings made it feel as if we were all transported back in time, when things were slower and simpler. It took a lot of effort on my part not to spend all of the cash I brought with me from the States in those little shops. Especially the jewelry store. Though, the shop owners tried their best to get me to change my mind! 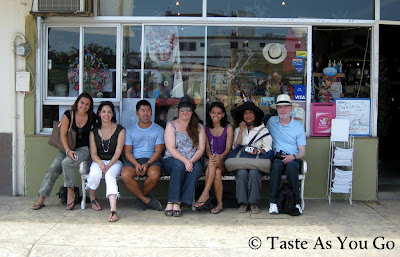 Since we were touring Los Tamarindos, a certified organic farm in Los Cabos, that afternoon and taking a cooking class there with the farm's originator Chef Enrique Silva, we didn't eat anything that morning in San Jose del Cabo.

Okay, I ate a Nature Valley granola bar that I bought at Grand Solmar. I had to. My stomach was still operating on New York time.

Needless to say we were famished by the time we gathered to meet up with Chef Silva and get back on the van to drive to the farm. But not too famished to take a couple of group photos before we left.

Be sure to check back soon to read about our adventures at Los Tamarindos!