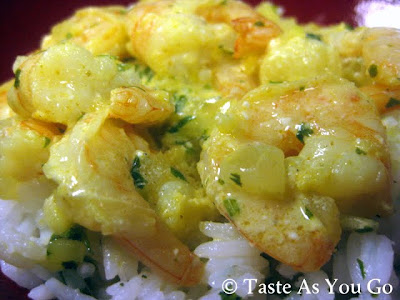 Curried Shrimp with Cilantro Lime Rice
Ever since I moved from New York to Pennsylvania and began enduring my epic daily commute through three states, people have been inquiring after my mental well-being. Once I've convinced them that I haven't sustained a major blow to the head, they want to know how I manage to have time to "do everything". 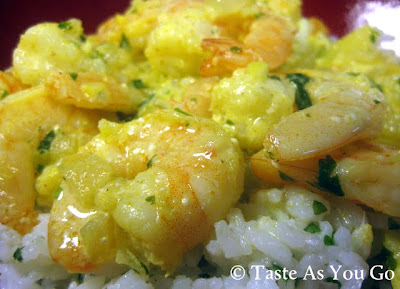 Curried Shrimp with Cilantro Lime Rice
As much as I would like to admit that I'm capable of plowing through my ever-growing to-do list without sacrificing my sanity, I'm becoming more and more aware of the fact that there are a limited number of hours in the day that are truly mine.
Plus, it's a myth that I can "get so much done" while on the bus. 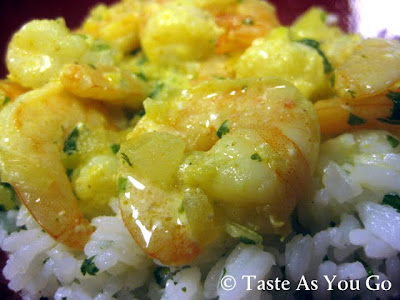 Curried Shrimp with Cilantro Lime Rice
The foodie side of me is suffering from the lack of time (and energy) to cook the way I'd like when I get home from work. Now, more than ever, it's useful for me to find meals that are quick to prepare so Stephen and I aren't eating dinner too late. It's become a game to see if I can get home from the bus station and have dinner ready before 9pm.

Sometimes, I'm successful. Here's a meal that doesn't take long to get on the table -- Curried Shrimp with Cilantro Lime Rice. I adapted the recipe from one I found in Robin Miller's Quick Fix Meals, and it was an instant winner with Stephen.