Skip to main content
Labels
Posted by Michelle Rittler // Taste As You Go May 07, 2012 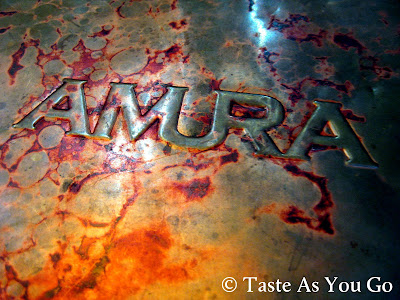 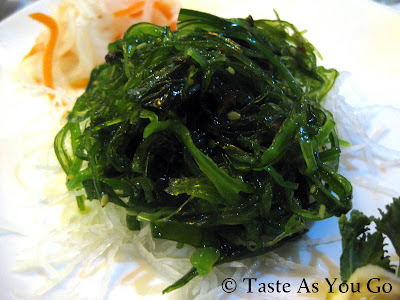 Upon recommendation, we made a reservation at the Dr. Phillips location of Amura. Although the restaurant was relatively empty upon our arrival, it started filling up with other diners within minutes. By the time we were seated, there was a sizable crowd of people waiting for tables at the front of the restaurant. We took this as a positive sign, as an indication that all of their awards were given with good reason.

To start, I ordered the Seaweed Salad ($5) and was pleased with how crisp and fresh the seaweed was. And the use of sesame seeds wasn't overwhelming, which was nice. However, what you see in the photo above is what you get. A slightly larger portion would have been better, as I was left wanting more by the time I cleaned my plate. 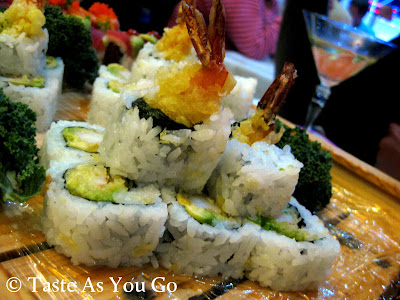 While it would have been very easy (and tempting) to order strictly from the appetizer section of the dinner menu, I ordered the rest of my meal from the sushi menu. Sushi was, after all, the reason why we were there.

Despite the wide range of choices, I ordered two rolls that were extremely similar to one another, with exception to one ingredient. I ordered the Shrimp Tempura Roll ($7.99) and the Mexican Roll ($8.99), which consisted of tempura shrimp, avocado, and jalapeno peppers. 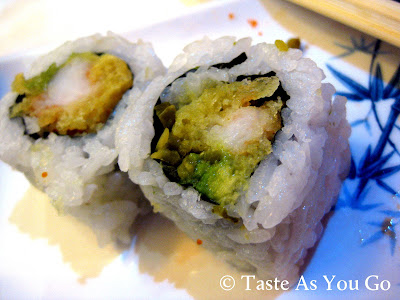 Were the rolls rolled tightly to ensure the ingredients on the inside didn't escape? Yes.

Were the ingredients fresh? As far as I could tell.

Did the rest of the people in my dinner party enjoy their food? For the most part.

When I take our entire dining experience into consideration, I have to admit that Amura didn't wow me. Our server was non-attentive and practically forgot that our table existed. Obtaining our check and paying the bill were both exasperating endeavors. Now, I take full responsibility for my order... It's quite possible that I just wasn't adventurous enough when I chose what I wanted to eat. My potential missteps could have contributed directly to my lackluster meal.

We must have missed something... right?