The JC100: A Celebration of Julia Child {Recipe: Vichyssoise}

Despite the title of this post, I did not make vichyssoise.

Although Julia Child's recipe for cold leek and potato soup was significantly less complicated than some other JC100 recipes we've seen, I just wasn't in the mood for a chilled soup. And I didn't want to go through the motions of making a dish that I had no desire to eat. So... I made Julia's recipe for Potage Parmentier, the hot version of vichyssoise, instead.

Either way, making soup gave me the perfect excuse to use my gorgeous round Dutch oven from JCPenney. Every time I look at it I smile.

Even when I'm hand-washing it in the kitchen sink.

The list of ingredients for [cold or hot] leek and potato soup is short, therefore, it is imperative that you use the highest quality ingredients possible and that you take care in the preparation of those ingredients. This is especially important for the leeks.

Take your time and thoroughly clean the leeks to ensure the removal of all of the dirt and sand that will inevitably be trapped between the leaves. If you rush through this step, you'll wind up with a gritty mess. And no one wants to force themselves to the bottom of a bowl of gritty soup.

Since I prepared Potage Parmentier, that's the recipe given first in this post. Scroll down if you're looking for the recipe for Vichyssoise.


Excerpted from Mastering the Art of French Cooking by Julia Child. Copyright © 1961 by Alfred A. Knopf. Reprinted with permission from the publisher Alfred A. Knopf, a division of Random House, Inc.


One of the reasons why participating in the JC100 is so enjoyable is having the opportunity to read about other people's experiences with Julia's recipes. Now that we're a few weeks into the campaign, I thought it would be fun to feature some Vichyssoise/Potage Parmentier blog posts from other JC100 bloggers.

Taste As You Go has received permission to publish the following photos. 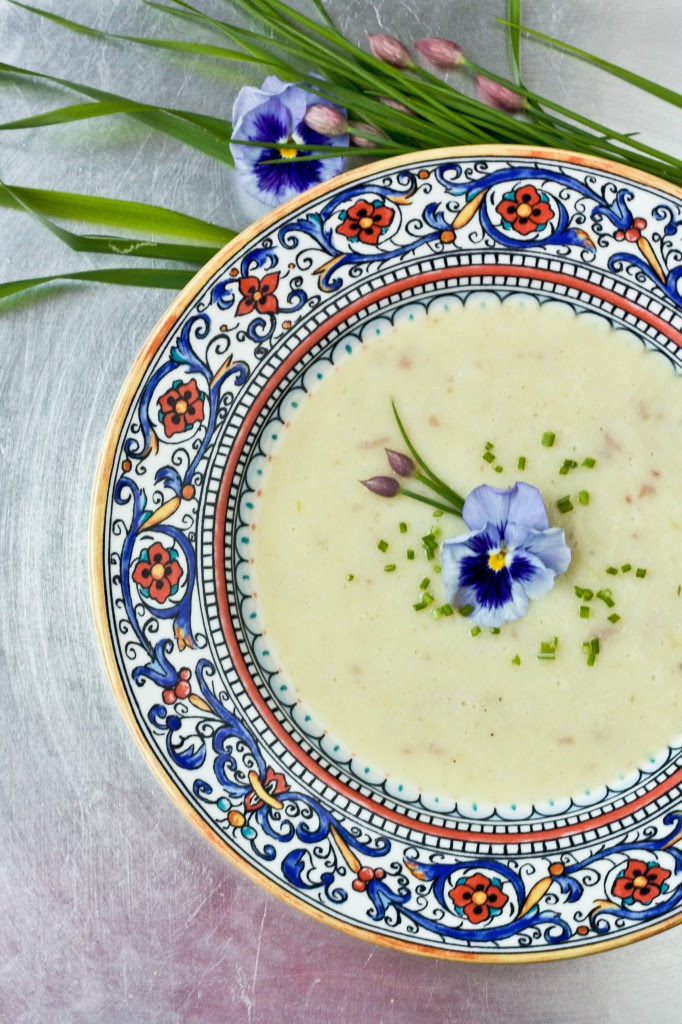 Vichyssoise from BS' in the Kitchen 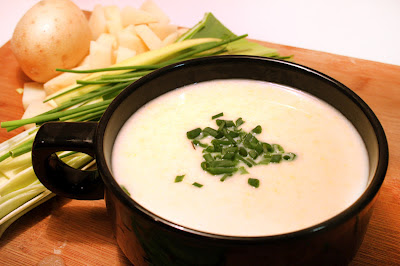 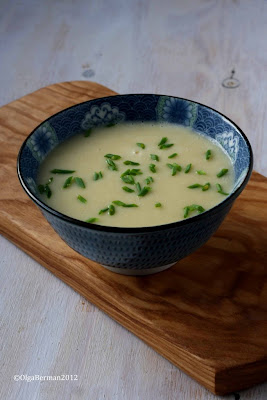 Potage Parmentier from An Uneducated Palate

Vichyssoise from The Partybluprints Blog

Stunning, right? I really need to up my food styling game!

Vichyssoise (Cold Leek and Potato Soup)
For 6 to 8 people


Excerpted from Mastering the Art of French Cooking by Julia Child. Copyright © 1961 by Alfred A. Knopf. Reprinted with permission from the publisher Alfred A. Knopf, a division of Random House, Inc.

For more in The JC100 Series of Julia Child Recipes, see: