On the Side: Scenes from the Commute 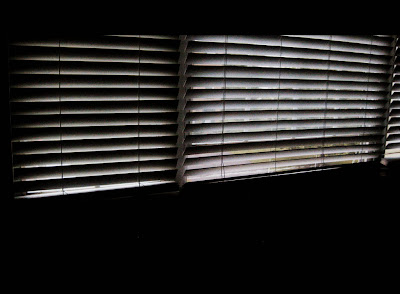 July 29, 2012 -- I've officially survived commuting back and forth to Manhattan on a bus for one year. In honor of this milestone, I've decided to give you all a little taste of what I go through on my commute. 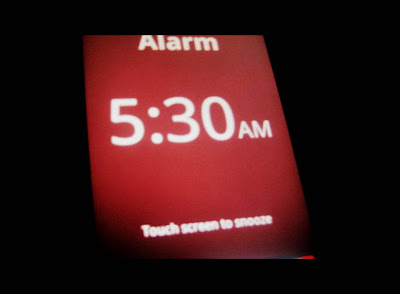 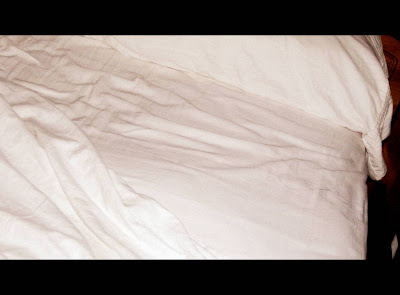 Getting out of bed later than that results in mass chaos and a frantic run around the house. I try to avoid that as much as possible because I hate starting the day in a mad rush. 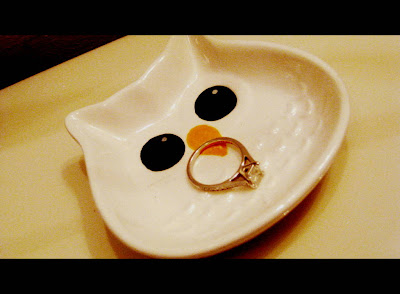 My engagement ring stays safe in this owl dish while I'm in the shower. After waiting so long to get engaged, the last thing I need is to have the ring go down the drain! 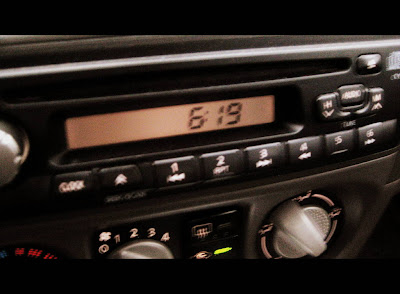 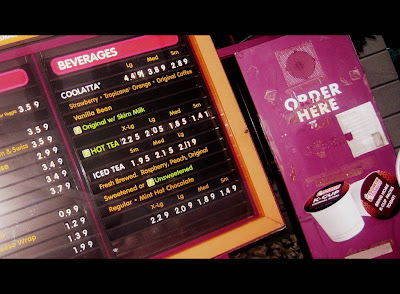 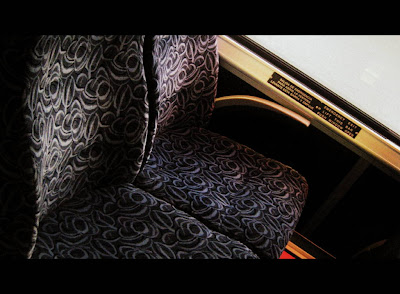 It took me a while to find a seat that I wanted to claim as my own. A seat in the front meant risking being surrounded by chatty day-trippers. A seat in the back meant sitting by the bathroom. This one is just right. 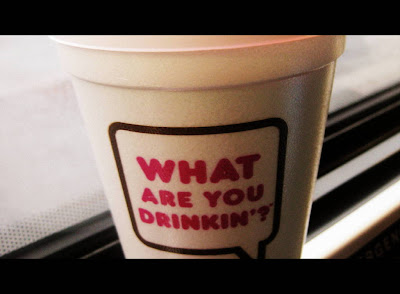 Technically, "only bottled water is permitted on the bus." Thankfully, Larry, my regular bus driver, turns a blind eye when I blatantly board with the coffee in my hand. Larry is the best. 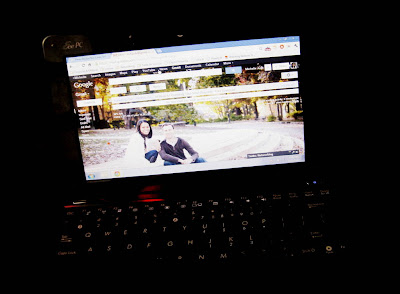 With my coffee nestled between the armrest and the seat, I put my headphones on and boot up my laptop. Time to catch up on email, blogging, and reading what other food bloggers are up to. One blessing about the bus? It's equipped with Wi-Fi. 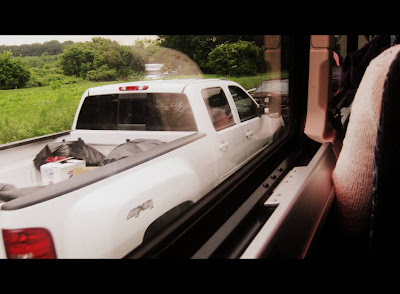 I can usually zone in and concentrate on work for about an hour before I notice that we're stuck in traffic in New Jersey. 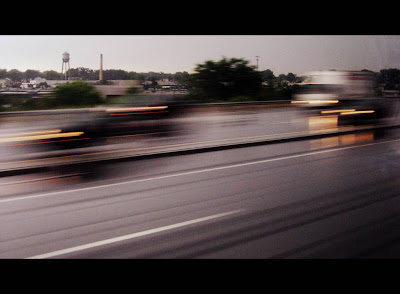 If it's Monday, then there's a good chance that it'll be raining as we make our way closer to Manhattan. 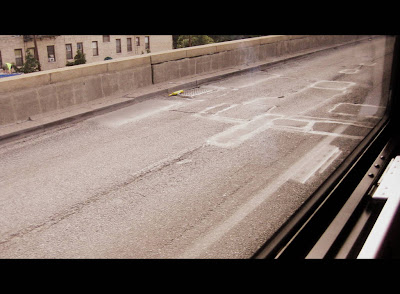 Stuck in inbound traffic with no outbound traffic in sight. That's not a good sign. But, finally, traffic starts moving again. 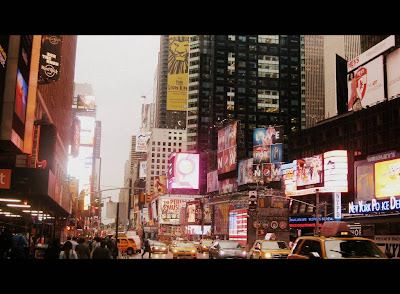 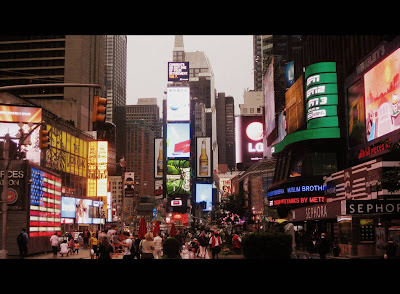 The fastest route from Port Authority to my Midtown office involves cutting through Times Square. I treat each trip through the tourist-laden section of Manhattan like a game of Frogger. If I have to stop to let someone pass in front of me, then I lose. 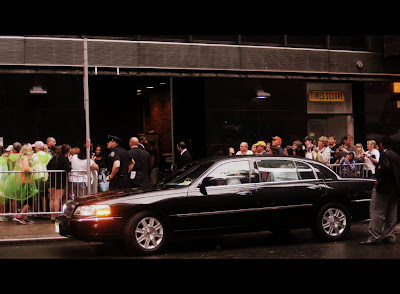 A crowd has formed outside the Good Morning America studios. No time to stick around to see who they're waiting for. 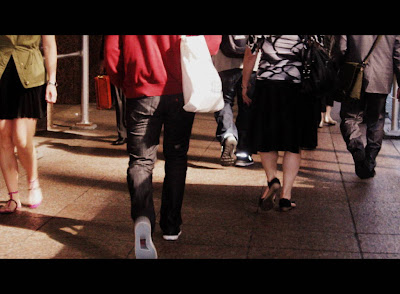 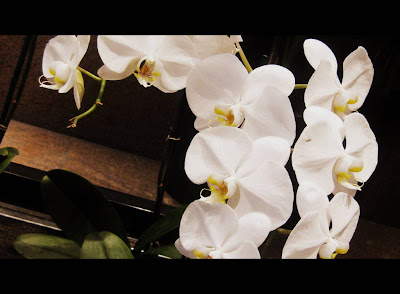 Once I reached my office building, I slowed down long enough to say good morning to the guys at our security desk and to take a picture of these gorgeous flowers in the lobby. The building management changes them out on a regular basis, and I love it when they put orchids in. 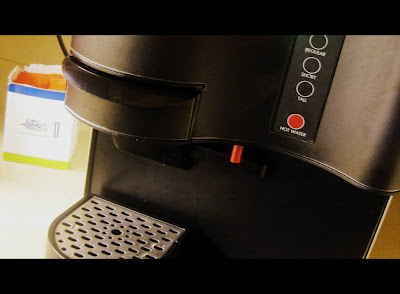 It's been over two hours... I can have more coffee now. 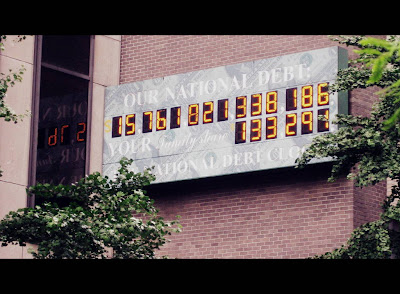 The beginning of my evening commute includes a walk by the IRS building and a quick glance at our current national debt. I try to ignore the bottom number, which tells you how much of that debt is your family's share. It's too depressing to think about. 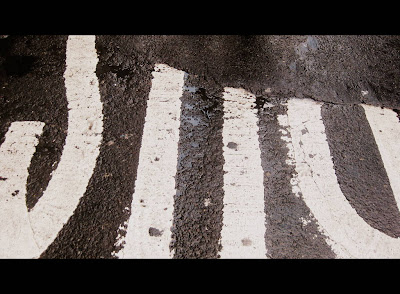 You can tell who the locals and regular commuters are by looking for the people who are walking in the bus lanes rather than on the sidewalk. Fewer people and objects to navigate around in the bus lane. And that means getting to Port Authority faster. 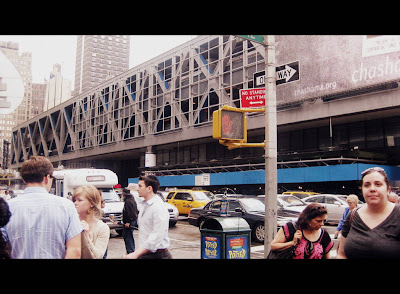 You know, even from the outside, Port Authority is an unattractive building. 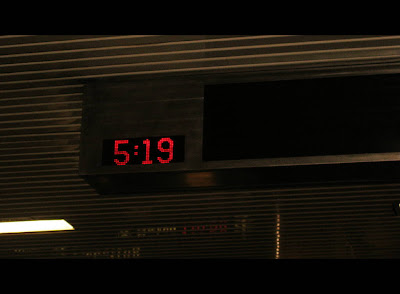 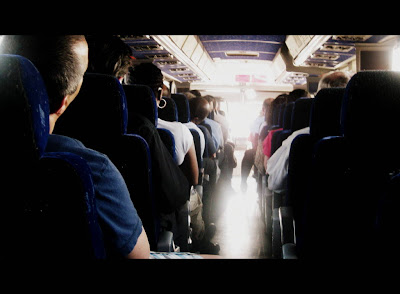 Finding the perfect seat on the way home is tough. This time, I was forced to grab a seat toward the back... near the bathroom. *sigh* 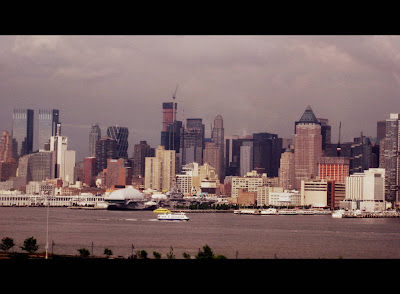 We're stuck in outbound traffic now. That gives me time to take a picture of the Manhattan skyline. The best view in New Jersey. 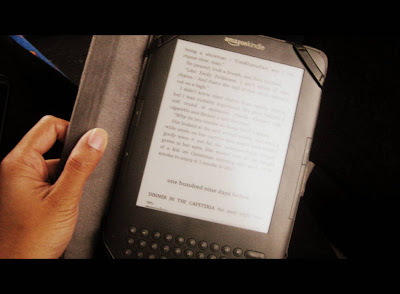 I've finally learned to feel comfortable enough to nap for part of the way home. Once I wake up, then I try to read on my Kindle until we're close to my stop. 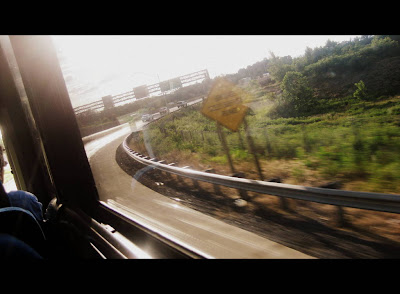 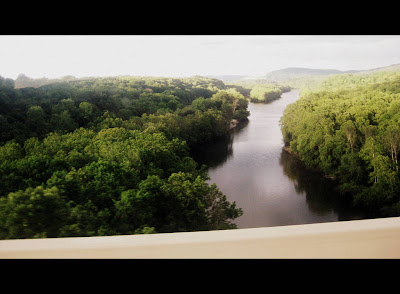 This is starting to look familiar. I'm almost home. 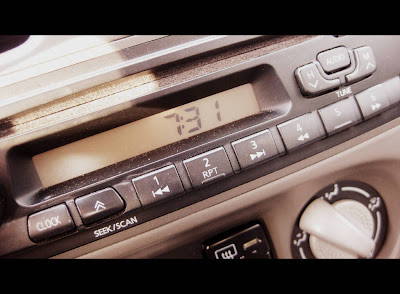 7:31pm and I'm back in my car after getting off the bus. At this point, all I want is to eat dinner and to relax on the couch for a while before going to bed.

Before going to bed and doing it all over again the next day.

Labels: On the Side