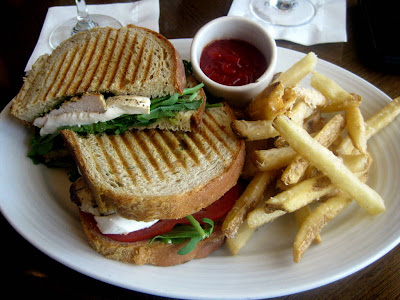 How many of you have ever had your excitement about eating a meal out with friends increase after walking into a flawlessly decorated restaurant?

Now, of those of you who raised your hand, how many have felt that excitement morph into disbelief and disappointment after enduring spotty service and mediocre food. 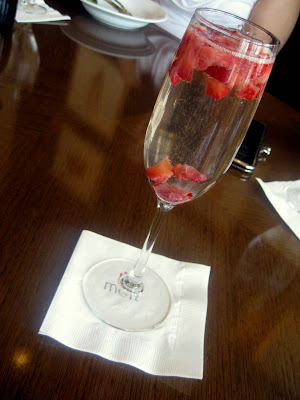 That's exactly what I experienced after following up a morning out with some of my girlfriends with lunch at Melt. While I was lured in by the restaurant's modern decor and was impressed by the size of the space, there was much to be desired. The nature of the occasion called for a round of cocktails, so I ordered a Strawberry Bellini ($10). What arrived what was not what I was expecting, but the mixture of strawberry vodka, champagne, and fresh strawberries was actually pretty tasty. 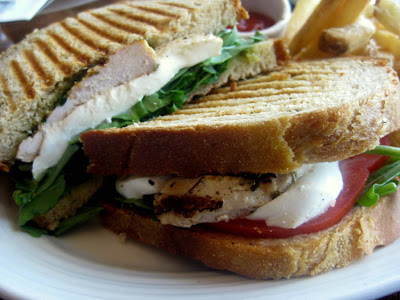 I wish I could say the same about the Pressed Chicken Caprese Panini ($10), featuring chicken, beefsteak tomatoes, fresh mozzarella, wild arugula, and basil pesto. The sandwich had everything I liked but was put together in such a way that made eating it in public rather awkward. The chicken was grilled prior to being layered into the panini, but the seasoning was uneven and the chicken was overcooked. Neither the juice from the tomato nor the moisture from the mozzarella could rescue the unappealing texture of the it.

While it killed me to do it, I forced my way through half of the sandwich and left the other half on the plate. I hate wasting food. 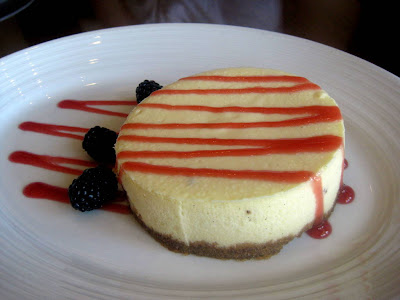 I thought, maybe, dessert could save the meal, but the Cheesecake ($9) was another letdown -- tasteless, gritty, and, simply, unappetizing. I stopped after two bites.

Spending more time with my girlfriends was the main reason for our lunch at Melt, so it was relatively easy for me to let go of my disappointment in order to focus on what was really important. Ideally, I'd want everything, from the company around me to the food we were eating, to be memorable. If I were to do it again, I'd suggest grabbing a drink at Melt but then moving on to another restaurant for dinner.