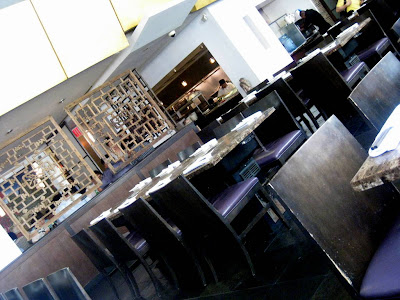 Believe it or not, one of the biggest challenges I face as a food blogger is making restaurant recommendations to friends. Another is convincing Stephen to have dinner with me in Manhattan. While we share so many common interests, dining out in New York just isn't one of them. Something about the noise and the crowds of people makes Stephen, generally, want to be anywhere else. 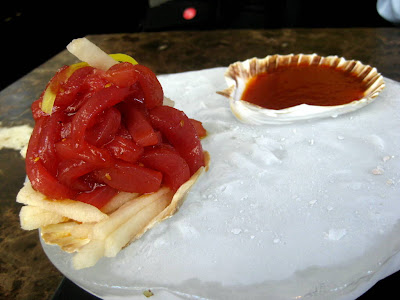 Working in Midtown meant that noise and crowds simply went with the territory, and, over the years, I developed the ability to tune out the noise and navigate through the crowds in order to get from Point A to Point B. Those years also taught me that relative quiet and calm is possible in Midtown if you're willing to walk a few more blocks.

Developed by Mrs. Young Sook Choi, Bann Restaurant is a hidden gem in the neighborhood, a restaurant you'd probably walk right past if you weren't looking for it. Especially considering it's in an apartment building complex. The restaurant is known for its Korean barbecue, which is exactly why I made a reservation for the two of us for dinner. Up until that point, Stephen had never had Korean barbecue before. 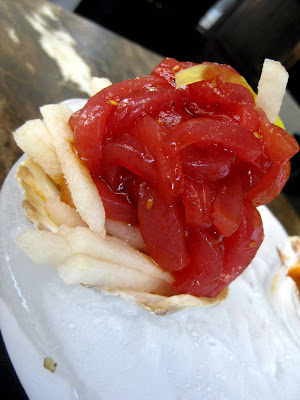 Before we got to the grilling, we shared the Cham Chi Hwe ($14) because the description of the dish sounded so intriguing on the menu: Ahi Tuna Sashimi over Sliced Asian Pear with Peach Chili Dipping Sauce. This was nothing short of amazing. The pear added a much-appreciated contrast in texture in comparison to the fish, and the dipping sauce had notes of both sweet and spicy that brought everything together.

And can we talk about the presentation? Our appetizer came out on a block of ice. Pretty damn impressive, if you ask me. After we devoured the tuna, Stephen and I couldn't wait to dig into the rest of our meal. 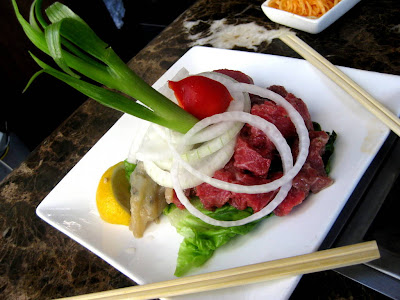 Since we were having an early dinner and still had a bus ride back to Pennsylvania to deal with, we didn't go overboard with the main course. The Small Korean Barbecue Platter ($50) was plenty of food for the two of us, offering us Kalbi (short rib), Bulgogi (beef), and Saewoo (shrimp). 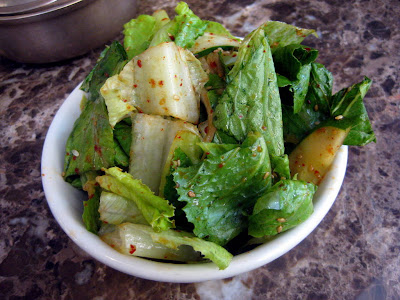 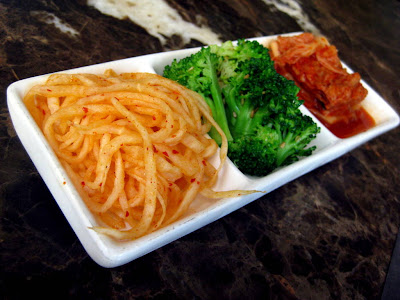 All of the barbecue dishes at Bann are accompanied by their House Romaine Salad, rice, assorted Namul (Korean seasoned vegetables) side dishes, and fresh vegetables and lettuce leaves for lettuce wraps. Like I said, plenty of food... and plenty of fun. I got a kick out of watching Stephen grill the meat on the smokeless grill fitted directly into our table (after receiving some initial instruction from our server, of course). The food definitely didn't disappoint.