Top of the Bay - Warwick, RI 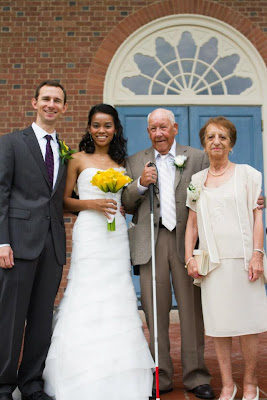 After reading this feature about a young boy and his grandfather in our local paper, it dawned on me that this boy and I share something special -- the memory of having our respective grandfathers take us to McDonald's for breakfast.


When my grandparents visited us in Connecticut, my grandfather and I would get up before everyone else, and drive to the diner on Route 5 for breakfast, usually opting for two seats at the counter so we could watch all the action. But when we visited them in Rhode Island, our breakfast destination would always be McDonald's.

He'd introduce me to all of his friends who came in and boast about the latest achievements of his "Missy Poo Poo" (his pet name for me), and I loved every second of it. When he was done socializing, we'd pick up a Hotcakes breakfast for the road and head to the park to feed the ducks, extending the just-the-two-of-us time a little bit longer.

If those ducks got addicted to the taste of maple syrup, then it was probably our fault.

I don't hide the fact that I love my grandparents more than life itself. While I talk to my grandmother on the phone every Sunday, I truly value the visits we have in person and know that any time spent with them is a blessing. Especially since we live so far away from each other. 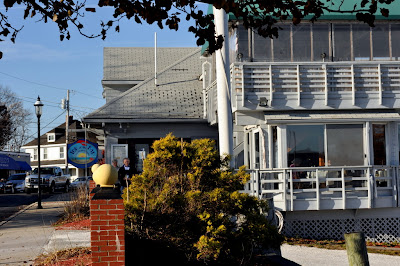 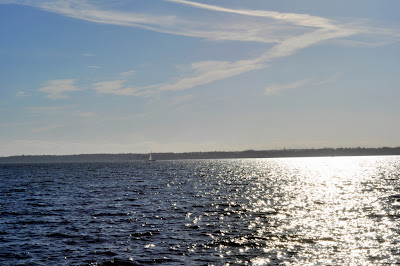 When Stephen and I were up in Connecticut for Thanksgiving with my family, we squeezed in a day trip to Rhode Island so we could spend some time with my grandparents before going home to Pennsylvania. The original plan was to go to brunch at Buttonwoods Fish & Chips, since our last meal there was so enjoyable.

By the time we showed up to their house, my grandfather came up with a new idea and suggested we have lunch at Top of the Bay instead. This way, we could enjoy the view of Greenwich Bay while we ate. The change sounded good to us, so we went with it. Who wouldn't want to eat by the water? 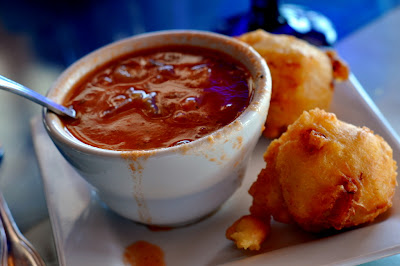 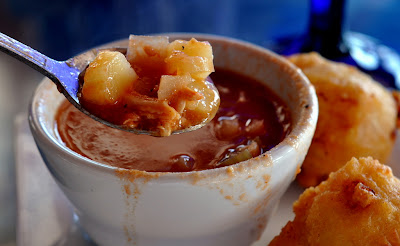 Upon my grandparents' suggestion, Stephen and I ordered the Lunch Deal -- 2 clam cakes, a cup of chowder, an entree, dessert, and coffee for $10.95. An insane amount of food for an extremely reasonable price.

This was the first time Stephen got to try Rhode Island clam cakes and chowder, so it was a momentous occasion. The three of us already in-the-know watched his every move when his food came out, and my grandparents were relieved to see that their new grandson-in-law was a huge fan of the red chowder. 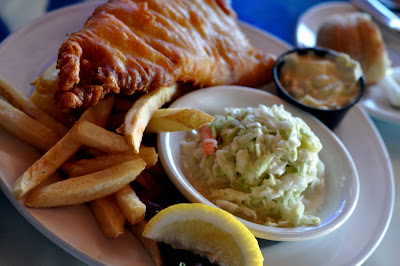 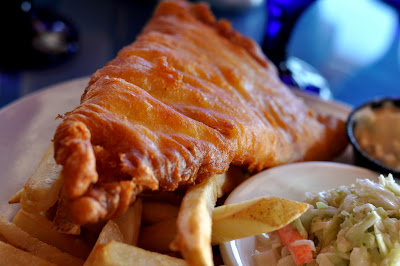 Since we were by the water, I thought it only appropriate to get the Fish & Chips for my entree. What came out of the kitchen was more food than I could handle during the middle of the day. A huge piece of fish was breaded and fried to a golden brown and was accompanied by a generous handful of French fries and a bowl of coleslaw (that I immediately handed off to my grandmother).

I only managed to eat half of my entree, but every bite was truly delicious. The fish was crisp on the outside and moist on the inside, and I loved that our waitress didn't give me a funny look when I asked for a bottle of malt vinegar to go along with my meal. I can think of just one thing that would have made my lunch more enjoyable -- being able to eat it outside in the fresh air.

Props to my grandfather for making a great restaurant recommendation!

Though, I think, next time, I'm going to try and get him to go to McDonald's. For purely sentimental reasons, of course.