Skip to main content
Labels
Posted by Michelle Rittler // Taste As You Go May 02, 2013 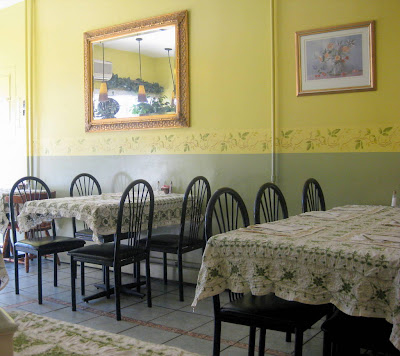 Have you ever suffered from a food craving so incessant that it completely interfered with your ability to perform basic, everyday functions? Several months ago, I was rendered practically useless by a craving for falafel (of all things).

So, when making plans to have lunch with my friend Megan (the blogger behind Lehigh Valley Transplant), I enthusiastically backed her suggested that grab some Middle Eastern food at Olive Branch Restaurant on the South Side. I could finally take care of my falafel craving and move on!


I arrived early for our lunch but was instantly encouraged to sit at wherever I wanted. The interior of the restaurant, decorated in warm shades of green and yellow, felt warm and inviting, and the gracious hospitality of the owners made it feel like home even though I had never dined there before. 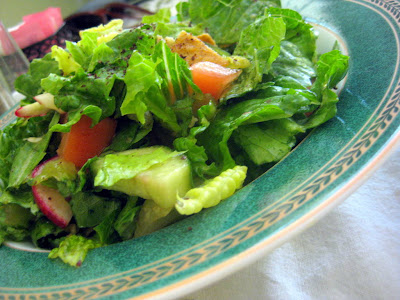 Although I knew falafel was a definite order for me, other items on the menu called out to me, demanding my equal consideration. The Fatuch Salad ($4.95) was one of them. This Levantine bread salad uses pita bread that has been toasted or fried as its base. The pita is then tossed with mixed greens and chopped vegetables before being dressed in a traditional vinaigrette made from olive oil, lemon juice, sumac, and mint.

When I was in Cleveland for graduate school -- dear God, a decade ago -- I lived near a Middle Eastern restaurant that made one of the best versions of fatuch salad I've ever eaten. I was so happy to discover that the salad at the Olive Branch was just as delicious. The greens were fresh, the vegetables (tomatoes, cucumbers, and radishes) were crisp, and the dressing was perfectly balanced.

Next time, I might do what Megan did and order the Fatuch Salad with some grilled chicken to make it a more substantial meal. 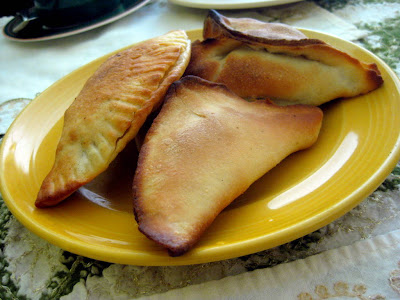 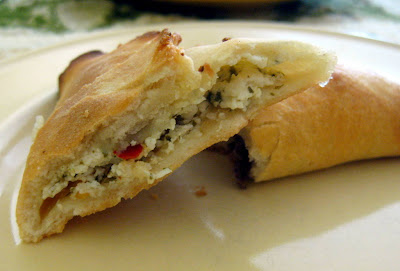 Megan and I split the Pie Sampler ($5.50), which came with one Meat Pie (ground beef mixed with onions and pine nuts), one Feta Pie (feta cheese mixed with onions and cayenne pepper, pictured above), and one Spinach Pie (sauteed spinach mixed with onions). These little pockets are baked in homemade bread and, when eaten as a trio, are actually a fantastic lunch all on their own. They'd make a perfect midday grab-and-go meal if you're unable to dine-in. 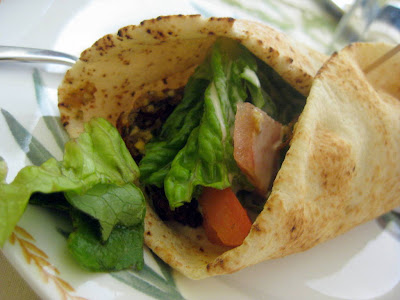 "Okay, sure, Michelle. That's great. But what about the falafel?"

"Can you just talk about the falafel already?" 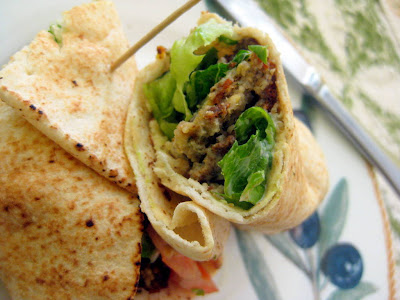 The Falafel Sandwich ($4.50) was made from ground chickpeas that were spiced with cumin, coriander, and a touch of garlic and then lightly fried to give the outside a satisfying crispiness while keeping the inside tender and creamy. The falafel was wrapped in warm pita bread along with crisp lettuce and tomatoes to give the sandwich a light freshness. It's normally served with tahini, as well, but I asked them to keep the sauce on the side so I could dip my sandwich into it.

In short, the falafel was everything I needed it to be. And it disappeared from my plate in record time. 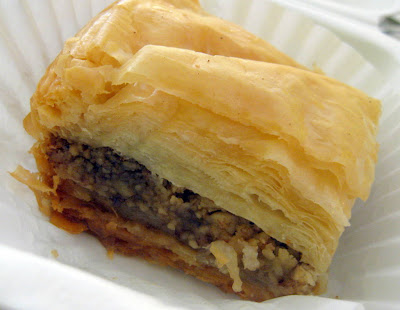 Upon Megan's recommendation, I took a piece of the homemade Baklava back to the house with me to enjoy as a mid-afternoon treat. Known for its richness, baklava is a pastry made of layers of phyllo filled with chopped nuts and then sweetened with syrup or honey.

The baklava from Olive Branch is lethal. Meaning, it was so damn good, I almost got back in my car after polishing off this piece so I could go get another one. Crazy, crazy good.

You know... I just realized that my schedule is open later today. I just might have to pop over there to pick up some dessert for tonight...