Skip to main content
Labels
Posted by Michelle May 25, 2013 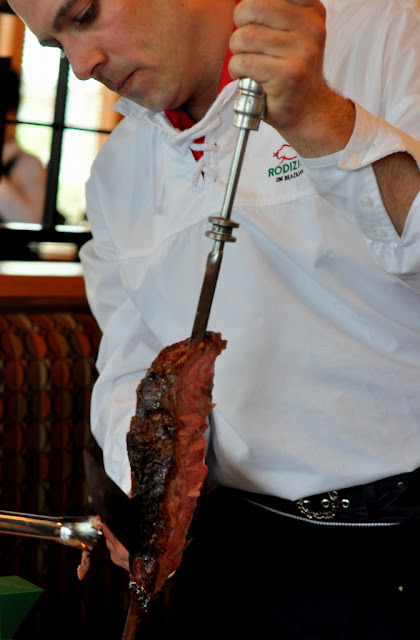 The majority of the cost of this meal was paid for by the establishment. I did not accept monetary compensation for writing about this meal or about my experiences while at the restaurant. All opinions expressed are my own.

Earlier this month, I was invited to attend a VIP Preview Night at Rodizio Grill in Allentown before the restaurant officially opened to the public on May 8. I asked my friend Jessi to join me since I knew there would be no way I could eat my way through everything the Brazilian steakhouse had to offer. 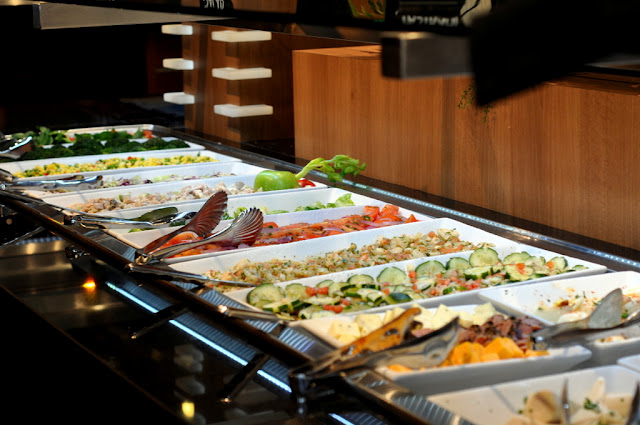 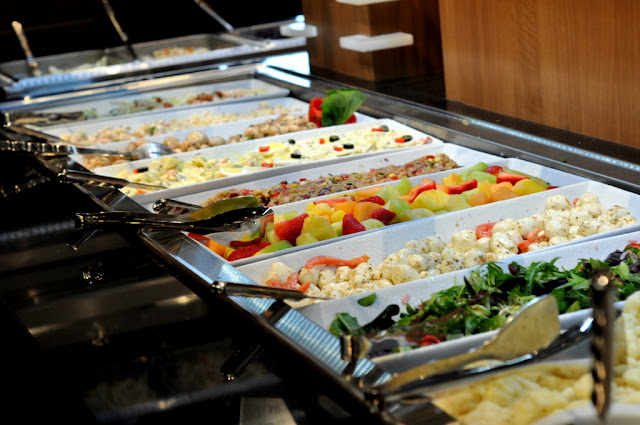 When we arrived, the dining room was already beginning to fill up with other people looking to partake in the Preview Night festivities. After we were seated and our drink orders were in, one of our servers (we had many) explained the concept of the restaurant to us.

If we ordered The Full Rodizio, then we'd be able to enjoy the all-you-can-eat variety of grilled meats and glazed pineapple all carved and served table-side by Brazilian gauchos, in addition to authentic Brazilian appetizers and items from the gourmet salad bar. If we wanted to skip the meat altogether, then we could order the Unlimited Salad Bar option, which just included the appetizers.

Obviously, we went for the meat option. But first, we did a lap around the salad bar to see what was what. 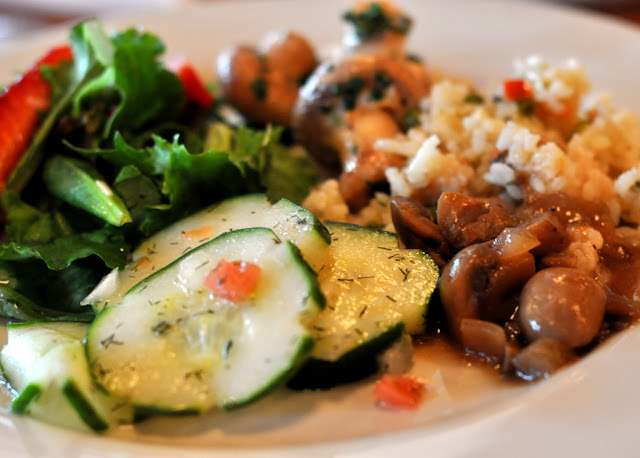 Jessi and I were both impressed by the number of items on the salad bar. From fruit salads, to green salads, to salads featuring grains, there was really something there for everyone. Plus, there was an assortment of hot dishes, as well. A blessed comfort to any vegetarians who might have been convinced to go to dinner there!

Wanting to save room for the "main event", I took small portions of several of the items -- Strawberry Salad, Marinated Mushrooms, the "House Rice Casserole", Mushrooms Marsala, and Cucumber Salad. All were delicious and well-balanced in flavor, and I could definitely see myself ordering the Unlimited Salad Bar in the future. 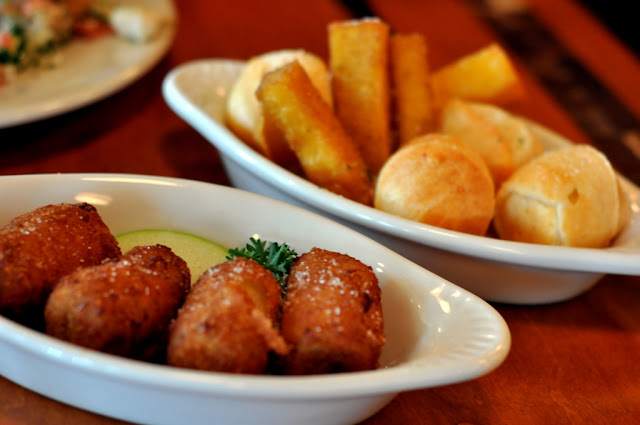 As Jessi and I were digging into our salads, our Brazilian appetizers arrived -- Banana Frita, Polenta Fries, and Brazilian Cheese Bread. The deep-fried bananas were tasty, but we thought they'd make a better dessert than appetizer due to the sweetness of the fruit. Unseasoned with nothing to dip them in, the Polenta Fries were unfortunately bland. And while the texture of the bread was pleasing, the overall flavor fell a little flat. A bit of salt would have gone a long way in terms of drawing out the flavor of the cheese. 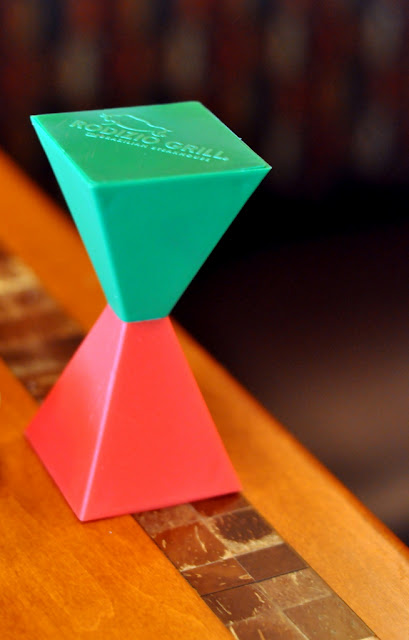 When we decided that we had our fill of starters, we flipped over our cube so the green side was on top, signalling to the Brazilian gauchos that we were ready for the meat. 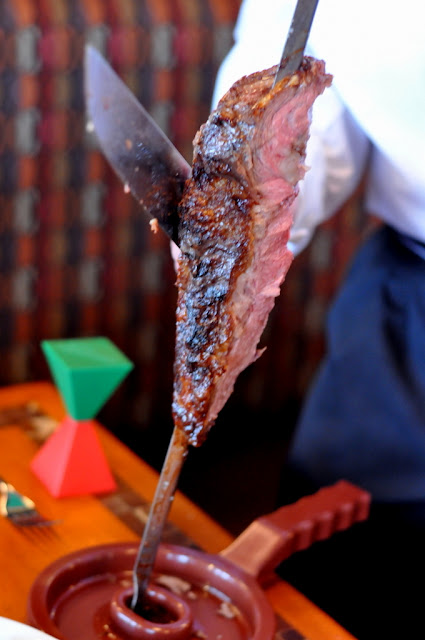 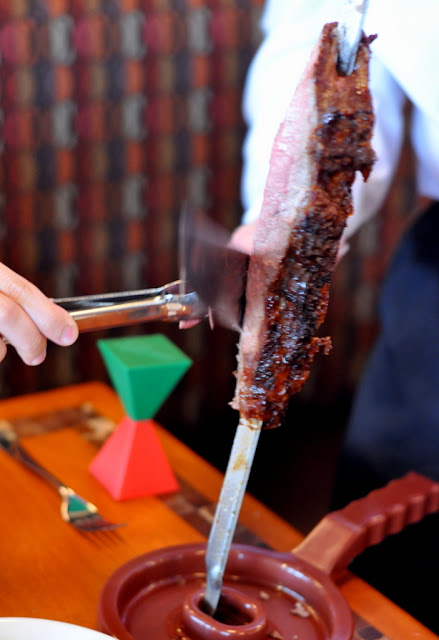 What happened next was a blur. Within seconds, a stream of gauchos came by our table offering us slivers of grilled beef and chicken. We were also able to try the brisket, grilled pineapple, and grilled tomatoes with Parmesan cheese. Although we could see skewers of grilled pork and grilled fish making their way around the dining room, they never made it over to us, which was a shame since we were hoping to taste as many items as possible. 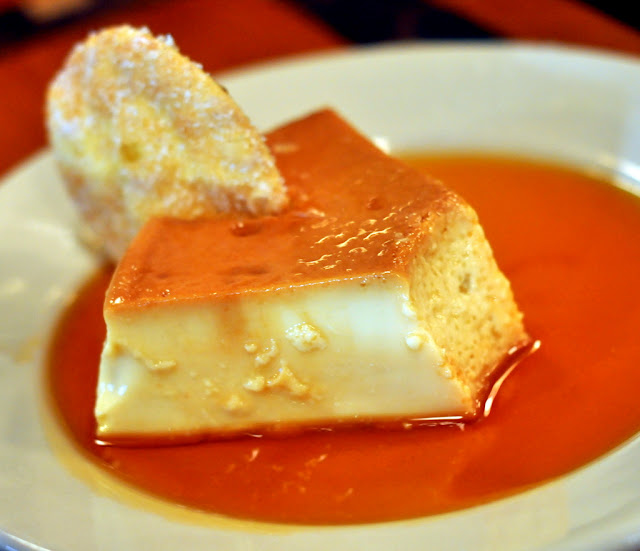 We probably could have lasted for a few more rounds of grilled meats, but we flipped the cube back to red to prevent onset of the meat sweats. In no time, our server was back to offer us dessert and coffee, and we wound up ordering the Brazilian Caramel Flan and the Blood Orange Creme Brulee. 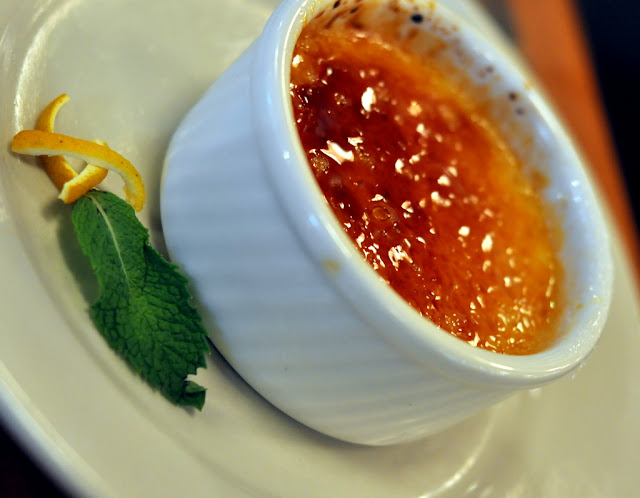 The flavor of the flan was delicate but practically lost underneath the richness of the caramel sauce. And, although the addition of blood orange made it sound exotic, the creme brulee was a little disappointing, too. The layer of burnt sugar on the top was thicker than I expected and awkward to break through, throwing off the balance of the dessert.

When all was said and done, Jessi and I were left with mixed feelings about our dining experience. Perhaps it was the excitement relating to the Preview Night, or perhaps there were still some kinks to work out, but the evening bordered on chaotic. The noise in the restaurant and the frenetic pace of service made for an overwhelming meal. This could have been overlooked had the food been a home run, but the cuisine was somewhat underwhelming due to major inconsistencies in seasoning. Some of the meat came out bland with practically zero flavor, while some came out over-salted and unenjoyable to eat.

There were some road bumps during service, but the variety of food offered by Rodizio Grill is admirable and appealing, especially when you consider the number of items on the gourmet salad bar. I'm sure it'll only be a matter of time until it becomes a favorite dinner spot in the Lehigh Valley.