Gourmet Meals from Plated Delivered Directly to Your Doorstep 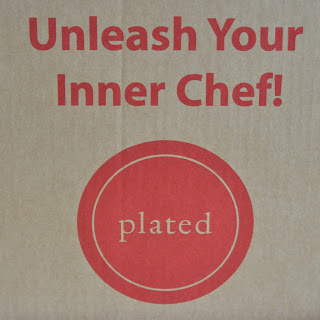 Those of you who read my weekly Menu Plans know that I have been recently testing the gourmet meal delivery service offered by Plated. Thanks to a "Klout Perk", I was able to sign up for a free month of membership (usually $10 per month), as well as four free plates (usually $10-$15 per plate). This is our second week using the service, and, as of last night, Stephen and I have prepared three of their meals. I think it's time I share some of my thoughts about the service and about the meals themselves. 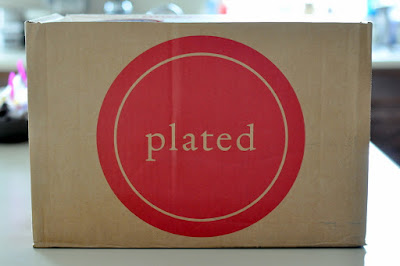 Once you select the meals you want from the available menu (you must order a minimum of four plates per week), you just sit back and wait for your delivery to show up on your doorstep. If nothing appeals to you on a particular menu or if you've decided that you don't need meal assistance one week, you can postpone delivery until the following week. 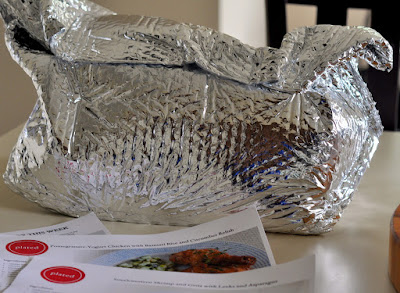 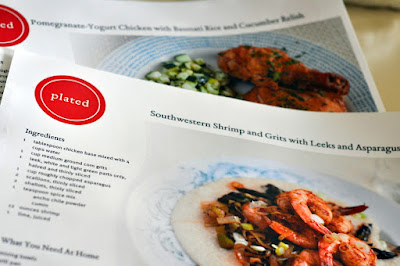 When you open your Plated box, you'll find most of the ingredients you'll need to prepare the meals you've chosen. Certain items, such as olive oil and salt and pepper, are not included in your order under the assumption that you already have those staples in your kitchen. You'll also find your recipe cards featuring gorgeously photographed final plates along with step-by-step instructions. Given my established cooking habits and preferences, I questioned the order of some of the steps, but, for the most part, the recipes are pretty easy to follow. 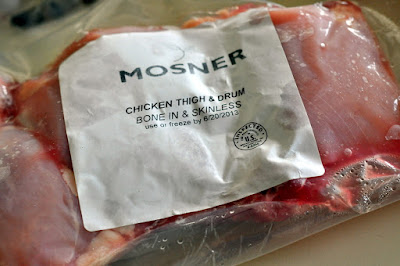 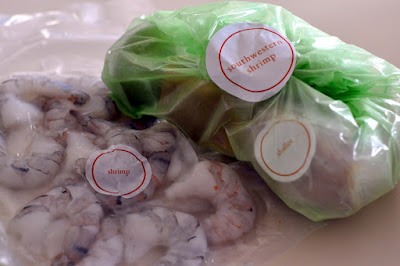 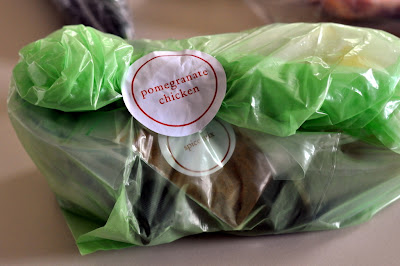 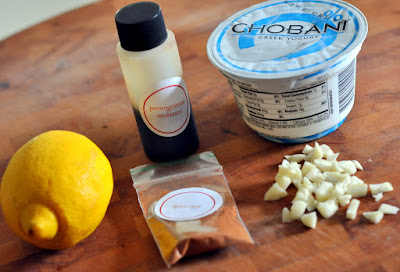 I appreciated that the proteins were thoughtfully vacuum-sealed and that the individual ingredients were grouped together and bagged based on which recipe they went with. 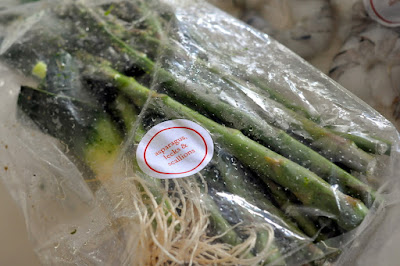 Unfortunately, some of the produce suffered during shipping and came out of their bags bruised or squished. With that being said, the compromised quality of the produce really only affected one of the Plated meals we made, so I wasn't too disappointed. I had a suitable substitute in the refrigerator to take care of that problem.

So, ordering meals was a snap and unpacking the ingredients from the box upon delivery was easy, too. What about the cooking and the flavor of the final meals?

Southwestern Shrimp and Grits with Leeks and Asparagus 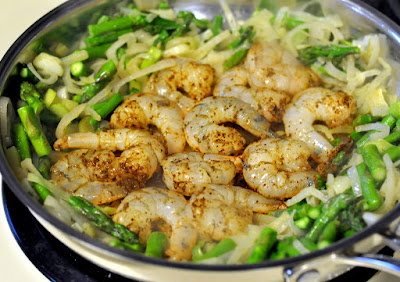 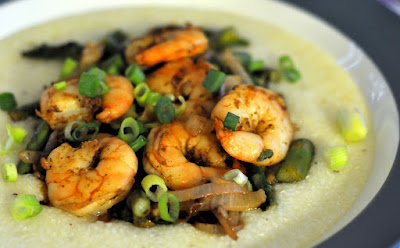 The first Plated meal I prepared was the Southwestern Shrimp and Grits with Leeks and Asparagus. I love ordering shrimp and grits when I see it on a restaurant menu because it's not a dish I would think to make at home. So, I was pretty excited to get started on dinner when our first Plated delivery arrived. While the food looked great on the plate, Stephen and I were disappointed in its overall flavor, especially given that I was using a spice mix containing ancho chile powder and cumin. 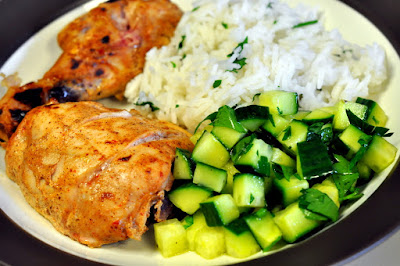 Since he didn't have a preference for something else, I prepared our second Plated meal as Stephen's birthday dinner. Which made the disappointment about the overall flavor that much deeper. I should have gone with my gut and made him one of his favorite meals, but I wanted to believe that the Pomegranate-Yogurt Chicken with Basmati Rice and Cucumber Relish was going to be a winner. 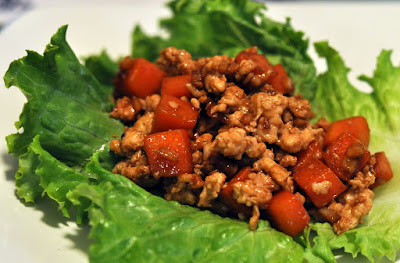 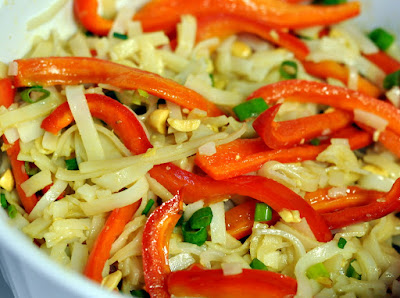 Stephen and I were extremely excited about last night's Plated meal -- the Hoisin Chicken Lettuce Wraps with Stir-Fried Noodles. We're huge fans of Asian-inspired dishes, and I was sure that we'd devour the lettuce wraps in no time. But this meal was plagued by the same issues as the other two and suffered from an overall bland flavor. At this point, Stephen and I started wondering whether something was wrong with our taste buds.

I made a lot of suggestions about how I'd changed each of the meals we tried, a lot of them based on our personal preferences. Had I kept in line with the theme of my blog -- to taste as you go -- we probably would have enjoyed the meals a lot more. But, at face value, I feel like Plated fell short.

We have one more Plated meal to cook this week. Stephen's in charge of making the Pork Chops with Glazed Peaches for dinner tonight, so we'll see how it goes. I'm an optimist, so I want to believe that we'll enjoy the meal and it will convince us to keep our membership open. But I'm not sure I'm willing to sacrifice the enjoyment we usually experience while eating our meals for the convenience of having recipes and most of the required ingredients delivered to our doorstep.

Would a meal delivery service like Plated be of value to you? If you're a beginner in the kitchen, would this type of service help you gain more confidence while cooking? Let me know in the comments below!