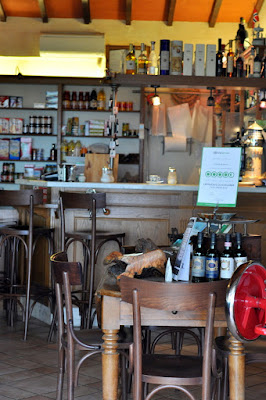 This is the seventh post in my Taste of Tuscany series.

After a full morning of wine tasting with new friends at Capannelle, Stephen and I felt it appropriate that our next stop of the day involve a meal. We all piled into our rental cars and headed to the tiny village of Lamole, situated in the hills surrounding Greve in Chianti. Elena had raved about the food at Ristoro di Lamole and recommended that we have lunch on the terrace so we could soak in the spectacular views. 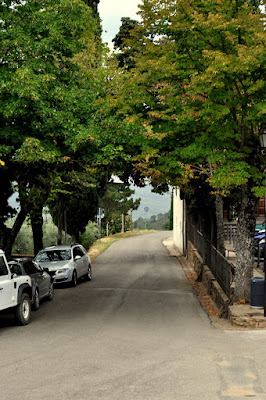 Well, the drive to Lamole was simply breathtaking. The road into the village was shaded by tall, lush cypress trees, and the views on either side of the road displayed the vineyards and olive groves in all their glory. When we reached the top of the hill, the quaint village unveiled itself, and it felt as if we crossed over into a completely different world. 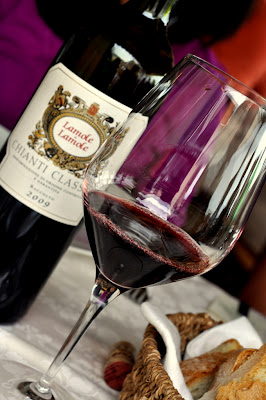 Due to our somewhat late arrival, we pretty much had the terrace, and the restaurant for that matter, to ourselves. After ordering a bottle of Chianti Classico for the table, we pored over the extensive menu offering fresh pasta, soups, and a wide selection of local delicacies. 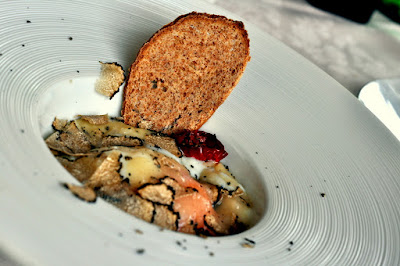 I was mesmerized by the number of items that featured truffles. Although we were on the very early side of the Italian truffle season, I wanted to take advantage of my access to some of the finest fungi in the world. After all, I was on my honeymoon... Why not indulge a little?

Or, um... a lot. My entire meal, beginning with this Soft Egg with Truffles called for them. And not just a little sliver or two... The egg, with its silky, rich yolk, was completely covered by truffles, and I don't think I've ever experienced such a decadent dish in my life. 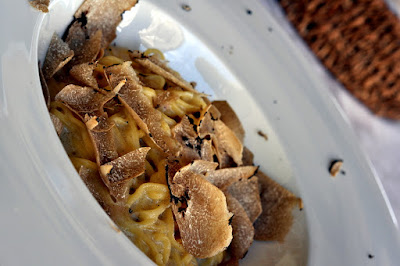 Which brings me to my Primi dish -- the Tagliatelle with Truffles. The sauce over this homemade pasta was lusciously rich, creamy, and one of my favorite meals of our entire trip. If you love truffles, then this is the meal for you. 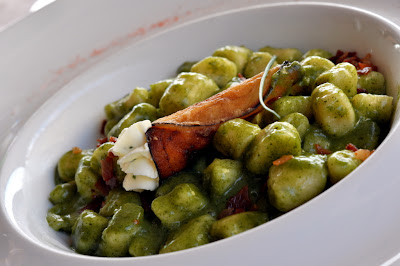 Stephen choose a pasta dish from the specials list -- the Gnocchi with Goat Cheese and Eggplant. These plump little dumplings were tossed in a fresh basil cream sauce and garnished with a thin sliver of eggplant that had been quickly fried, rolled, and then filled with whipped goat cheese. Our meal made us truly appreciate that good food doesn't have to be overly showy or complicated -- that, sometimes the best food, is the simplest food. 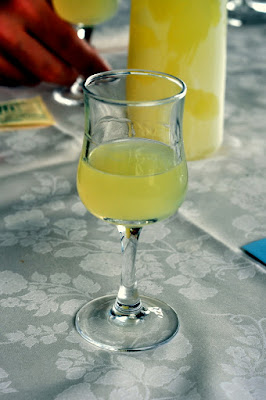 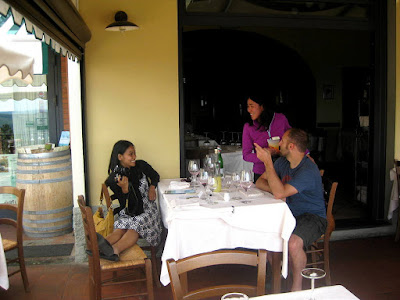 By the time we had finished our lunch, we were the only ones left in the restaurant. And, despite the fact that they were closing up the restaurant to prepare for the dinner service, Filippo, one of the owners, came out to pour us limoncello and to encourage us to linger longer if we wished. 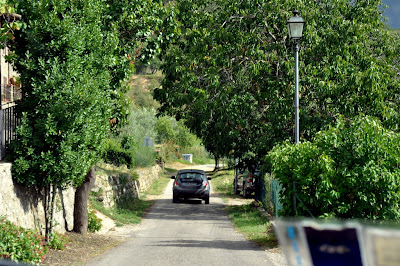 When the last drop of limoncello had been sipped, we got back into our cars and headed off in search of some mid-afternoon dessert.