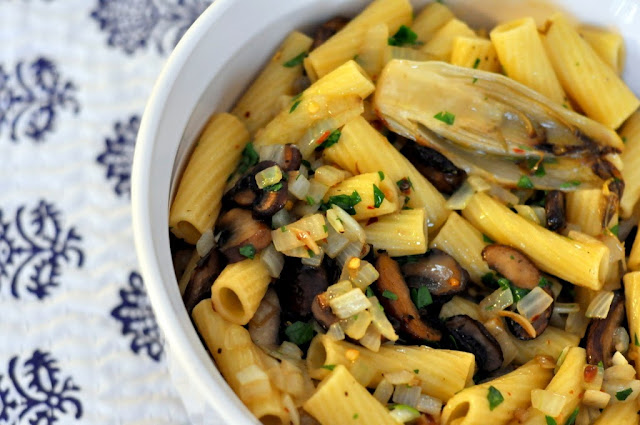 I was provided with a review copy of The Leafy Greens Cookbook at no cost to me. I did not accept monetary compensation for writing about the cookbook or about my experiences while trying the recipes. All opinions expressed are my own.

Some of you may remember that I incorporated a few recipes from Kathryn Anible's The Leafy Greens Cookbook into my weekly Menu Plan after receiving a review copy of the book in the mail. With so many fantastic-sounding options, choosing which of the 100 recipes to try first was difficult. Ultimately, I chose one vegetarian dish, one fish dish, and one poultry dish to get a better understanding of which greens paired best with which proteins (or lack thereof). Here's my adaptation of Kathryn's Roasted Radicchio and Mushrooms with Pasta. 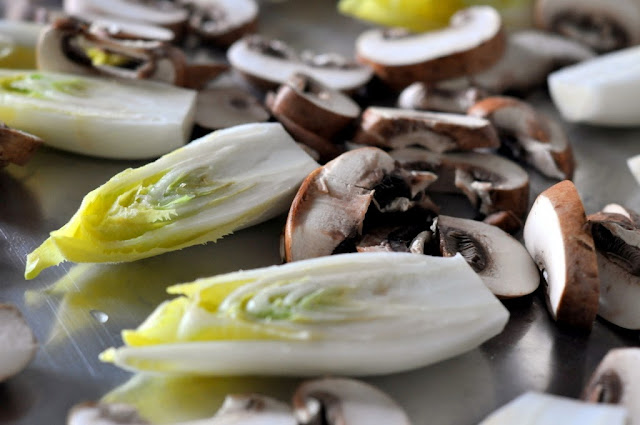 Why did I adapt it? Because my local grocery store didn't have radicchio in stock and I didn't have time to go to another store. In situations like this, it's best to just go with the flow.

Thankfully, the Belgian endive they had in the store looked beautiful. I knew I'd be sacrificing on color variety in the final dish but took comfort in the knowledge that the flavor profile wouldn't be too far off. Especially since, like radicchio, the slight bite of Belgian endive mellows when it's cooked. 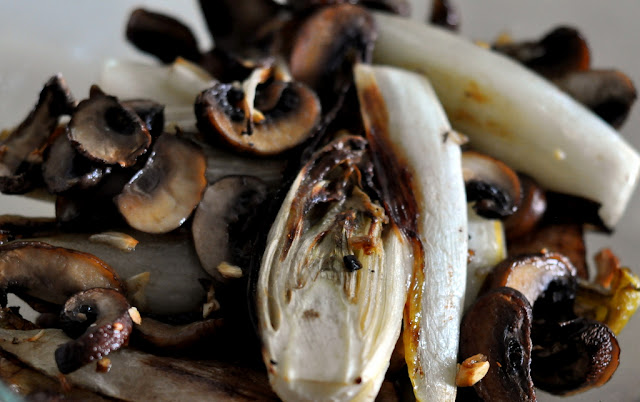 Tossing the Belgian endive and cremini mushrooms with olive oil and minced garlic brought out a sweetness in the endive and the earthiness of the mushrooms. Such a simple preparation yielded tremendously deep flavor. 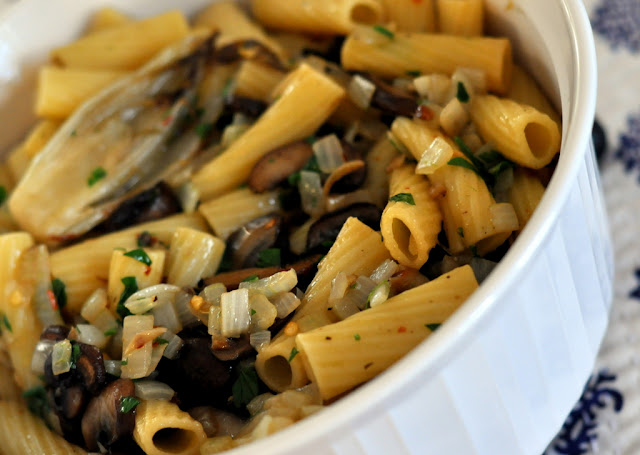 Although I had to change the recipe a bit to accommodate the ingredients that were available, I don't doubt that using radicchio as originally instructed would result in a similarly flavorful meal. I don't normally pair greens with pasta like this, so trying Kathryn's recipe has certainly expanded my thinking!