A Taste of Tuscany: Vecchia Osteria - Ponte a Bozzone, Italy 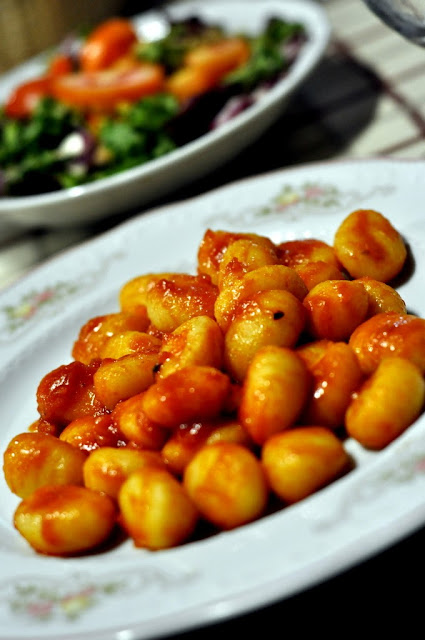 This is the ninth post in my Taste of Tuscany series.

Most of the food that Stephen and I ate while on our honeymoon in Tuscany was the stuff of dreams. In fact, I still think longingly about our dinner at Ristorante Malborghetto. But not every meal made our taste buds dance, and we encountered a pretty substantial "miss" while out to dinner toward the end of our trip. 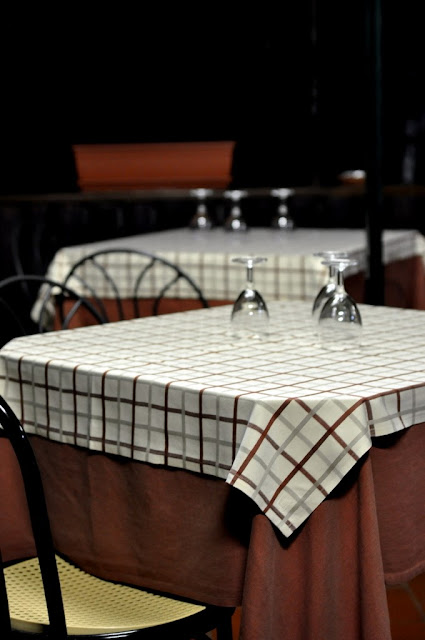 After spending the entire day lounging around our B&B, we found ourselves in search of dinner at Vecchia Osteria in a small town just down the road from where we were staying. The restaurant was empty, so we had the patio all to ourselves. Unfortunately, it didn't take long for us to come up with a theory as to why the restaurant was so empty... 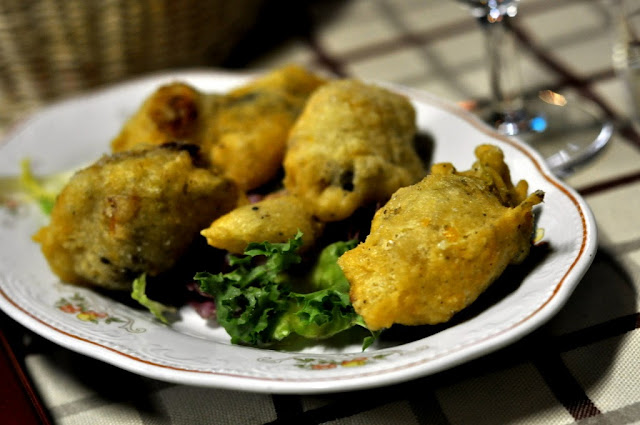 It was the food. I don't say this very often about the food I eat while dining out but... the food just wasn't good.

The kitchen sent out a complimentary appetizer, their Fried Clams with Capers, but the salty brininess of the capers overpowered everything else. If there were clams in there, then I completely missed them. 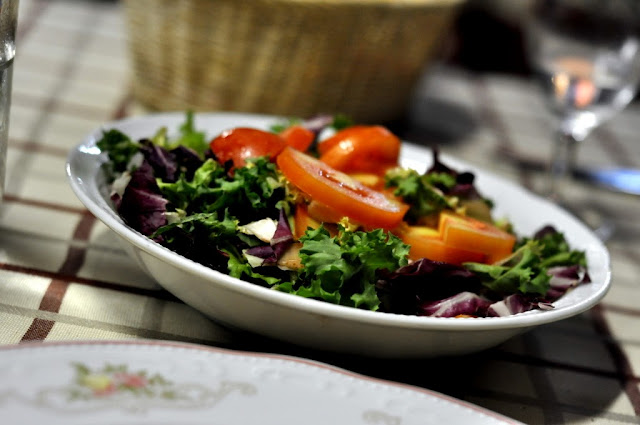 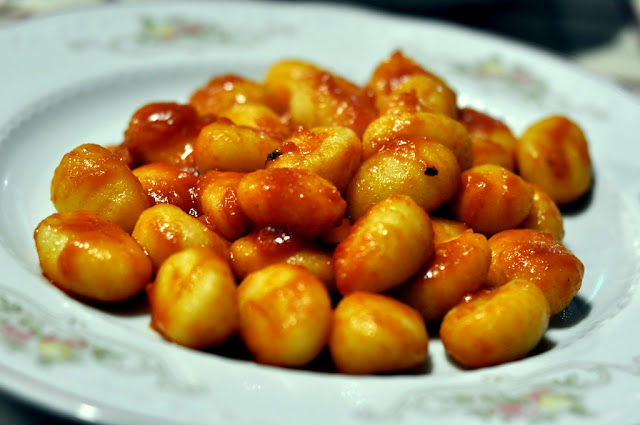 For something so simple to put together, the Insalata Mista was disappointing. The tomatoes were fresh, but the salad greens were wilted. Given the hour of the day, I could forgive the quality of the salad, but I couldn't forgive the Gnocchi with Tomato and Basil. It only took one bite for me to discover that neither the gnocchi nor the sauce were homemade.

The gnocchi were thick and gummy and the sauce had absolutely no depth to its flavor. Honestly, it tasted like someone in the kitchen had just opened a can of plain, ol' tomato sauce and then tossed the gnocchi in it without seasoning it. 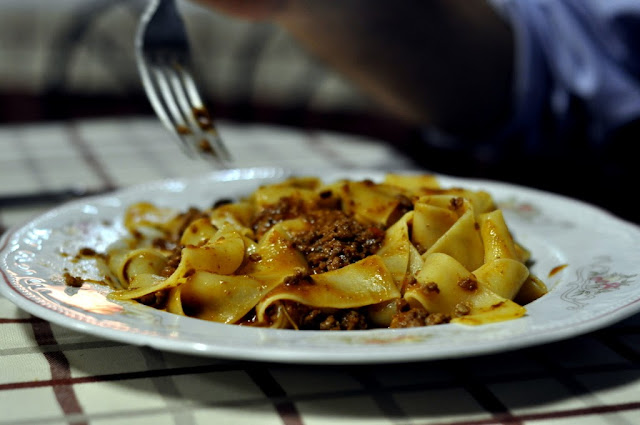 Since Stephen had missed out on the Pappardelle al Cinghiale (Pappardelle with Wild Boar) at Trattoria La Grotta del Rana, he ordered it at Vecchia Osteria. For comparison's sake, I had a bite of Stephen's dinner... let's just say that I got the better deal at the other restaurant.

We realize that, at that point of our trip, we had been spoiled senseless by the local cuisine and had, possibly, raised our expectations as the week went along. We just weren't anticipating being let down by a meal to such a large degree. If we ever do make it back to Tuscany some day, then it's a pretty safe assumption that we'll be skipping Vecchia Osteria.