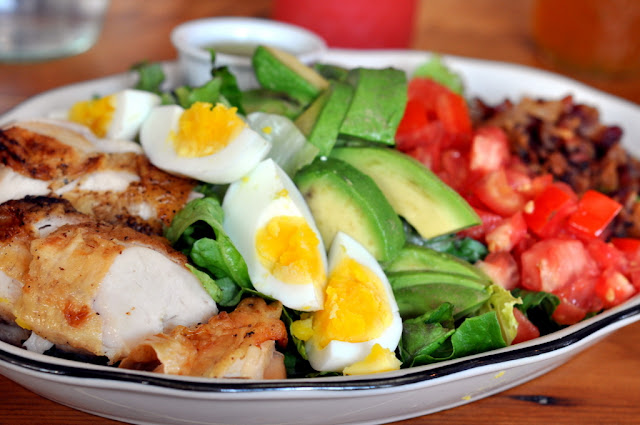 Last month, I reunited with some of my closest and dearest friends for a Girls' Weekend in New York. The weekend was both a chance to catch up with the women who stood as my bridesmaids when I got married last summer and a chance to spend time with friends I haven't seen since I abandoned my hellish bus commute and left my job in Midtown. What excited me almost as much as seeing these women was knowing that I'd be eating out New York again, an activity that I've really missed since moving to Pennsylvania. 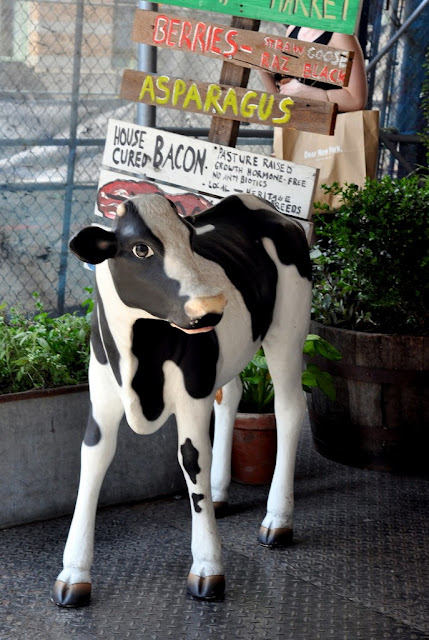 After checking in our hotel in Tribeca, I told my friend Candice that I was absolutely famished and couldn't do anything until we had eaten lunch. When I asked her what she wanted to eat, she responded with one word -- "cocktails". I'm not opposed to a little day drinking every now and then, so we made our way through the brick wall of heat (did I mention our Girls' Weekend was in the middle of the heat wave that hit the Northeast?) and settled ourselves at Bubby's, a restaurant known for cooking everything from scratch and taking most of its recipes straight out of recipe boxes all over America. In other words, everything will taste like your grandmother's cooking. 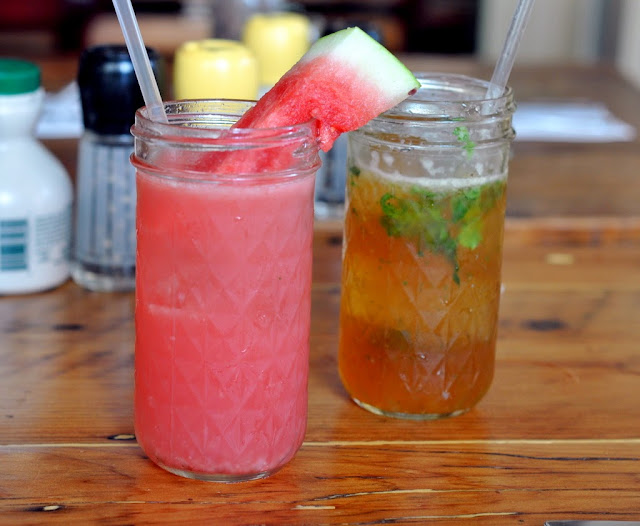 Once we were seated, Candice and I didn't waste any time and ordered up a couple of cocktails from the Lunch Specials menu -- the Oklahoma Summer ($13, left) for me and the Twisted Pimm's ($13, right) for her. 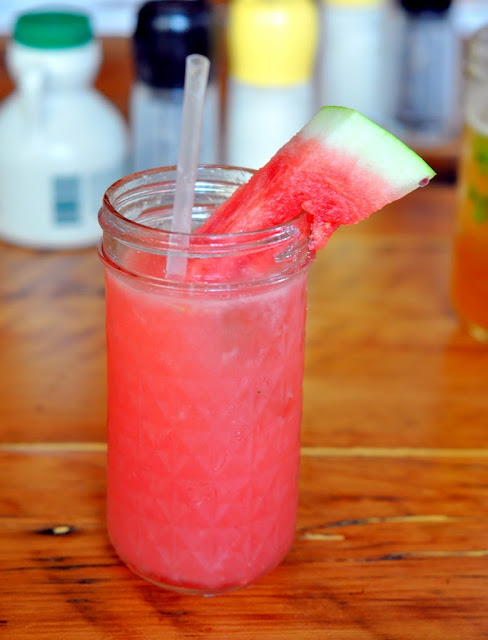 As I expected, the Oklahoma Summer -- made from a watermelon puree, gin, lemon, and campari -- was very refreshing. Had it not been the middle of the day (and had it not been a $13 cocktail), I might have gone ahead and ordered a second one. Thankfully, Candice helped me come to my senses and reminded me that we'd be doing plenty more drinking throughout the weekend. 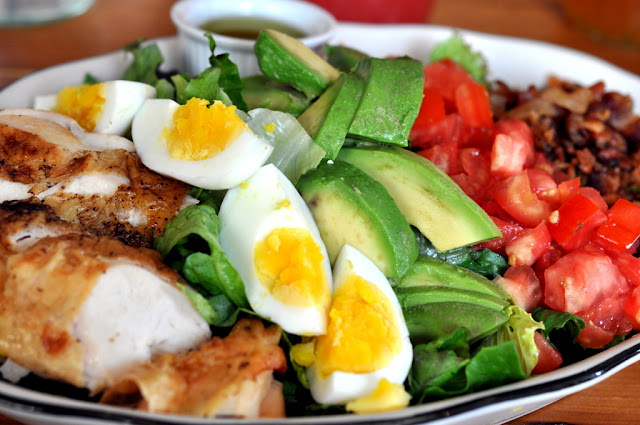 For my entree, I originally ordered the Brisket Sliders from the Lunch Specials menu but was told that the kitchen had just run out of them. My follow-up order was the Cobb Salad ($20) featuring Bell & Evans chicken breast, avocado, house-cured bacon, boiled egg and tomato (I passed on the Maytag blue cheese).

It was a bit expensive for a lunch salad, but the salad was huge, so I didn't mind going a little over my budget. Especially since all of the salad components were delicious. The chicken breast was plump and moist and was seasoned perfectly. And I loved how all of the flavors worked together once I drizzled on some of the house-made Lemon Vinaigrette. 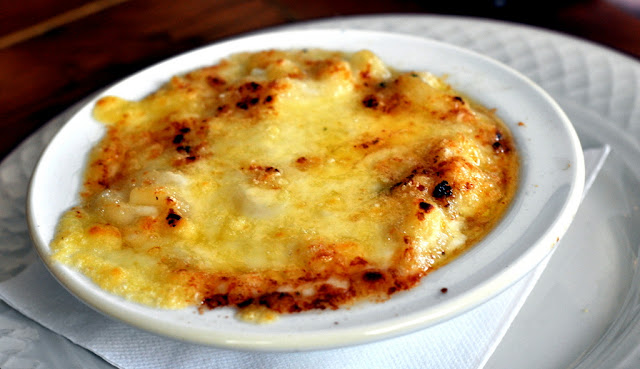 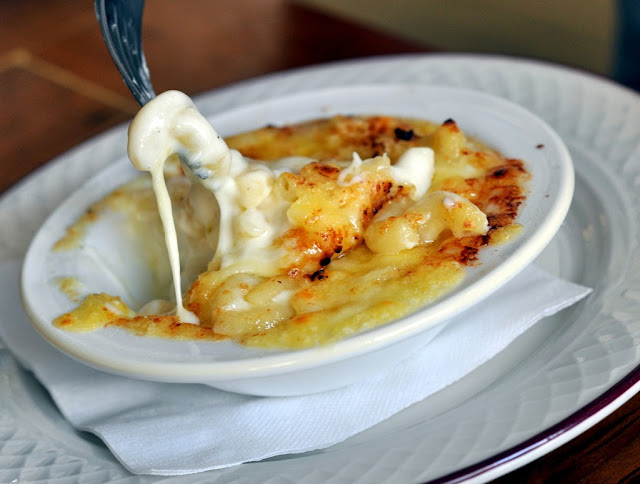 Candice wasn't as hungry as I was, so she just ordered a side of Mac n' Cheese ($7). While we don't know for sure, we think we tasted as least three different cheeses in there. The macaroni was still al dente despite being smothered in cheese sauce and baked until the top was golden brown, and its overall gooey texture made eating the dish a lot of fun. Especially when we stirred in a few pieces of the house-cured bacon from my salad.

We didn't have enough room left for dessert, but I definitely want to go back to Bubby's the next chance I get so I can try their famous pie. I've heard awesome things about the Mile High Apple Pie ($8), whose double crust is made with house-rendered lard and whose filling is made with local apples, cinnamon, cloves, lemon zest, and sea salt. With a handful of ingredients and the promise of food made just like Grandma's, that pie just has to be good.