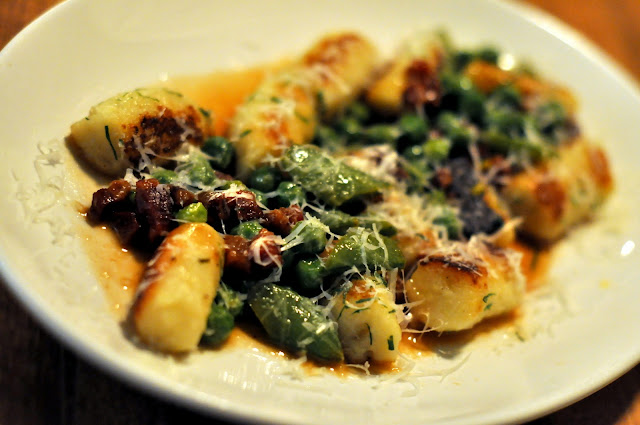 When I first started writing restaurant reviews on Taste As You Go, I became one of the go-to people in my circle of friends to consult whenever a restaurant recommendation was needed. I loved being asked for my input, but I found that I was putting a lot of pressure on myself to "nail it" because I didn't want to send them somewhere that would potentially disappoint them. That's why I find it extremely refreshing when my friends offer to make the necessary arrangements when we have plans to meet up for dinner. I can just sit back and relax and let them show me why they've chosen a particular restaurant. When I was in New York last month for a Girls' Weekend, I left all dining decisions to my friends. That's how I wound up at Northern Spy Food Co. in the East Village for dinner. Every Sunday, the restaurant offers diners a Sunday Supper menu in addition to their regular menu. You can enjoy a "low-key" three-course meal for $24 that highlights the flavors and ingredients of the season. Since the menu changes each week, the restaurant waits until Sunday afternoon to post it on their specials board and to announce it via Twitter.

Three of the four of us ordered the Sunday Supper meal because each of the dishes sounded too good to pass up. We started with a Mesclun and Pole Bean Salad that was generous in size and dressed with just the right amount of vinaigrette to give the greens some flavor without drenching them to the point of sogginess. The pole beans were crisp and fresh, and I loved how elegant and simple the dish was. 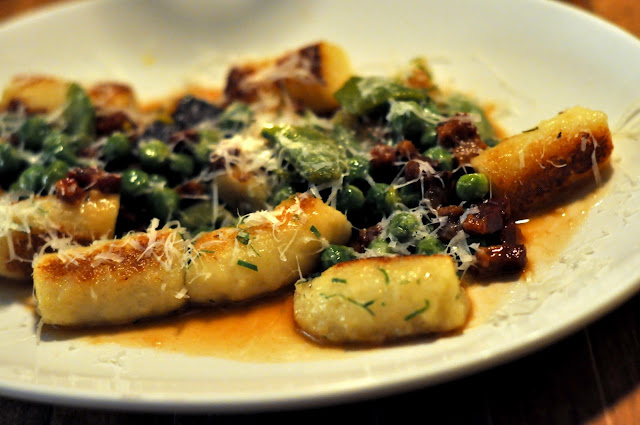 Our second course was the House-Made Potato Gnocchi with Pancetta, Peas, and Pecorino. In a word? Heavenly. Gnocchi can often be very dense and filling, but this gnocchi was light and airy and practically melted on my tongue. The pancetta provided that contrasting texture that I'm always looking for, as well as a hint of saltiness to balance out the subtle sweetness from the peas. I found myself wanting to lick the plate so I wouldn't leave an ounce of the delicate broth behind, but I stopped myself just in time. 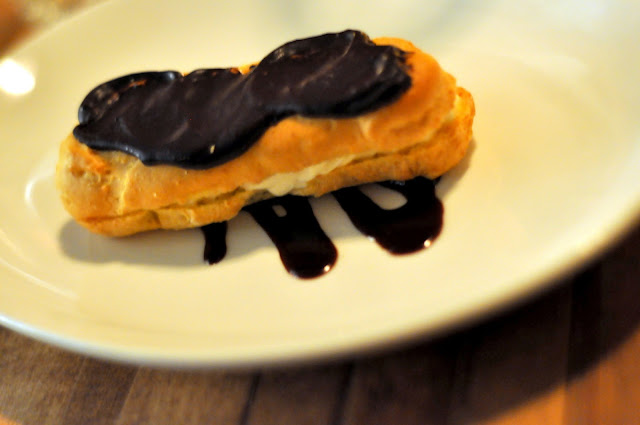 To close our meal, we had the Frozen Chocolate Eclair, which was filled with vanilla ice cream rather than custard and then frozen to chill down the entire dessert. I loved the sound of the dish, but it was just awkward to eat (i.e. hard to bite into). While I'm usually a fan of chocolate, I thought the topping of the eclair was too rich. I only managed to eat half of the eclair before my taste buds were overwhelmed by the chocolate's cloying sweetness.

The food aside, my girlfriends and I had a fabulous time in our little booth in the back at Northern Spy Food Co. I'm sure we provided much entertainment to the party in the booth next to us as while laughed and gossiped our way through dinner. ;-)