On the Side: Celebrating Our Paper Anniversary 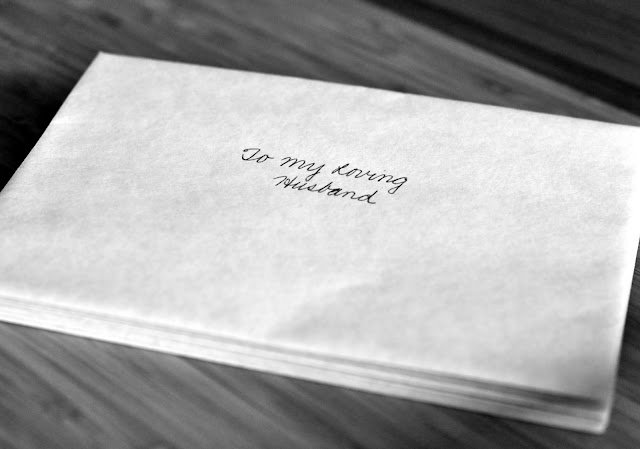 I have a confession. I started brainstorming gift ideas for Stephen for our first wedding anniversary before we even exchanged vows. Some would say that I was putting the cart before the horse, but those who know me best would say that I was just being me, spending an inordinate amount of time planning out every last detail so the final result would be just right.

The funny thing is... I wound up scrapping that carefully laid-out gift idea about a month before our anniversary in favor of something much more thoughtful and, ultimately, much more "us". 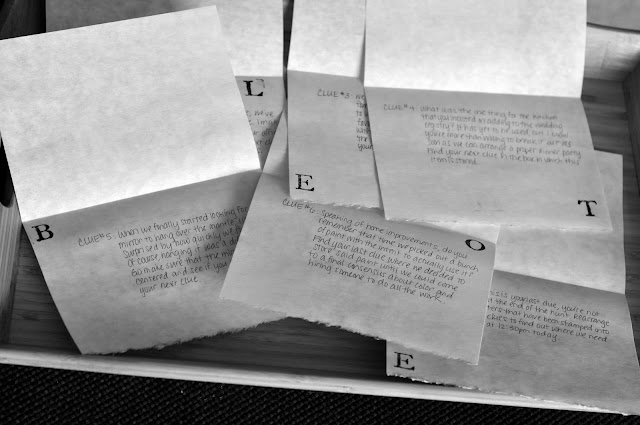 Since the first anniversary is traditionally the paper anniversary, I wrote up short notes containing scavenger hunt clues and then hid them strategically around the house for Stephen to find. Each clue led him to an item that was meaningful to us as a couple -- the whistle he used when he was a drum major (yes, Stephen and I met in marching band), the Burr coffee grinder in the kitchen (we share a mutual love of / unhealthy dependence on coffee), a framed photo from our engagement shoot, the paella pan he insisted on adding to our wedding registry, the mirror above the fireplace in the living room, and the box of unopened cans of paint that we bought with the good-but-unrealized intention of sprucing up the house.

On every note, I hand-stamped letter using the same rubber stamps and ink we used when we created our wedding invitations. And, on the final clue, I instructed Stephen to rearrange the stamped letters to reveal where we needed to be by 12:30 PM that afternoon.

The answer? The name of one of our favorite restaurants in the Lehigh Valley -- Bolete Restaurant. My plan was to treat us both to a special anniversary brunch, where we could linger over coffee and decadent food as we looked back on our wedding ceremony and fitting brunch reception.

Stephen was completely surprised by my gift, and I was glad that some of the clues I wrote had him laughing out loud. His reaction was totally worth the time and effort I put into writing the notes and hiding them in the appropriate places. 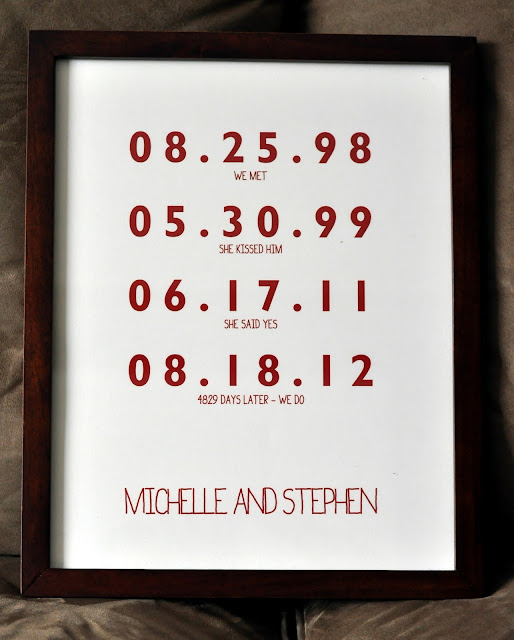 Not to be outdone, Stephen had a thoughtful gift of his own planned for me. He ordered this framed print listing noteworthy dates in our tenure as friends, as boyfriend-and-girlfriend, and then, finally, as husband-and-wife. When outlined like this, it's hard not to notice just how long we've been a part of each other's lives.

In fact, just a few days ago, we celebrated the fifteenth anniversary of the day we met. A little unbelievable, if you ask me.

I'm still trying to decide where to hang the print. I'm not sure whether to put it on display in the living room or to hang it on the wall in my office where I can gaze at it when I'm plagued by writer's block. Wherever it winds up, I know that I'll smile every single time I look at it.

Labels: Gifts On the Side