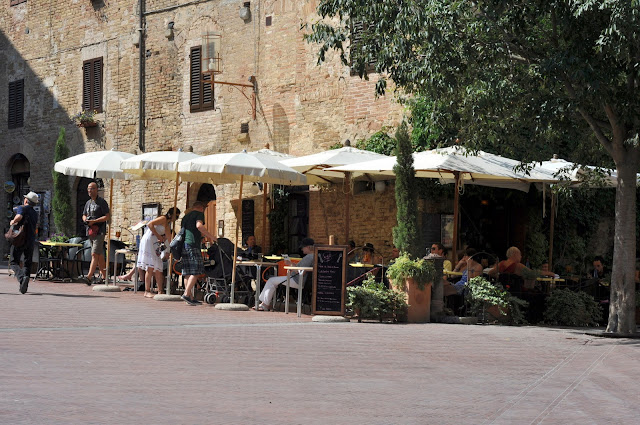 This is the tenth post in my Taste of Tuscany series.

Every time I sit down to write another post in my Taste of Tuscany series, I laugh to myself. It's been nearly a year since Stephen and I traveled to Italy for our honeymoon, and I'm still discovering things about our trip that I want to share with you. Or... I got a really late start on the whole sharing thing and have developed a talent for stretching out the material so I have something to fall back on when I don't want to talk about recipes. 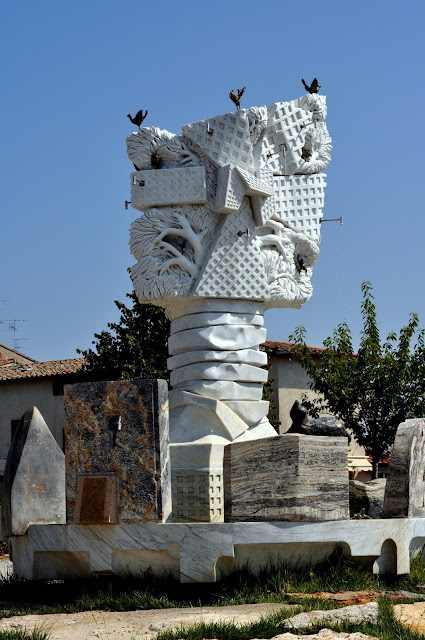 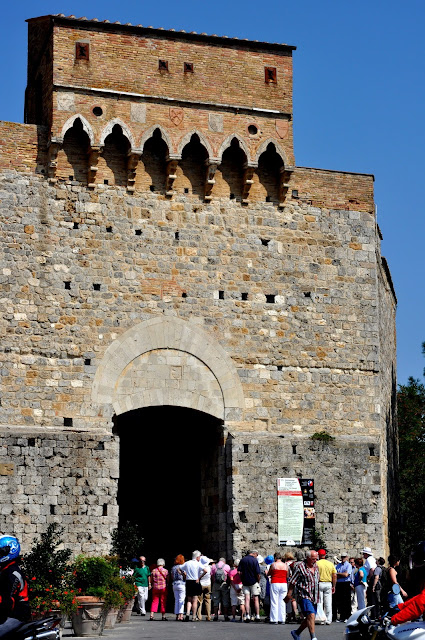 Toward the end of our week in Tuscany, Stephen and I decided to use one of our "day trip days" to get in the car and drive north to the small, walled town of San Gimignano. As much as we enjoyed our food-centric day trips from earlier in the week, we wanted to spend the day soaking in the medieval architecture and seeing the famed San Gimignano towers. Plus, we thought a little walking would do us good, seeing as we had been eating quite decadently ever since we got to Italy. 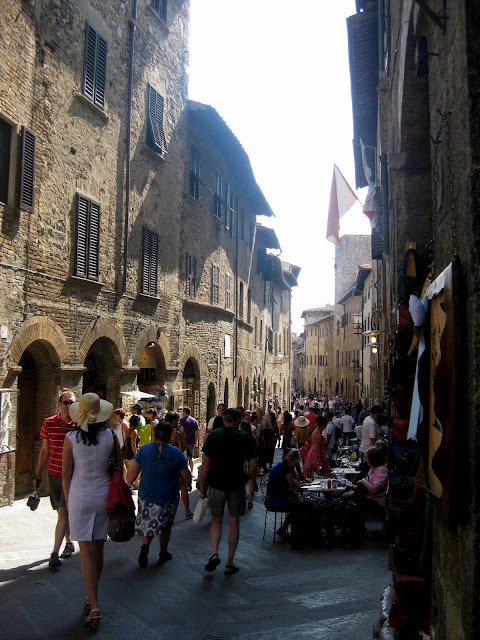 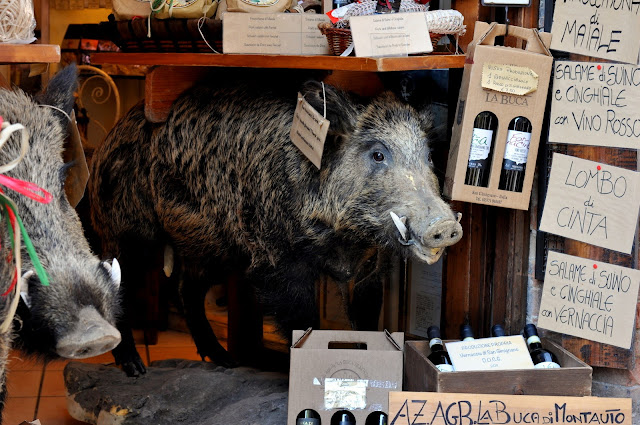 Turns out, a lot of other people had the same idea and the main street leading into San Gimignano was crowded with other tourists. We (gently) pushed our way past the folks sampling food at the cheese shops and looking for bargains at the leather goods stores to find relief from the overwhelming feeling of claustrophobia. 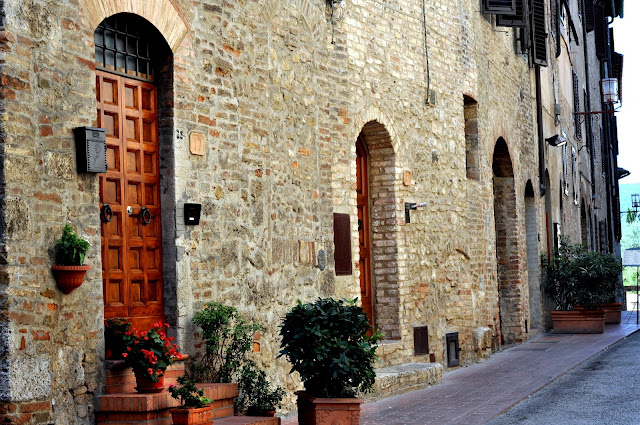 When we reached this side street, I stopped walking dead in my tracks. The brick facades, the marvelous wooden doors, the pots filled with vibrant plants and flowers... It was as if we stepped into one of my dreams. Stephen actually had to pull me by the arm to get me to start moving again so we could see some towers. 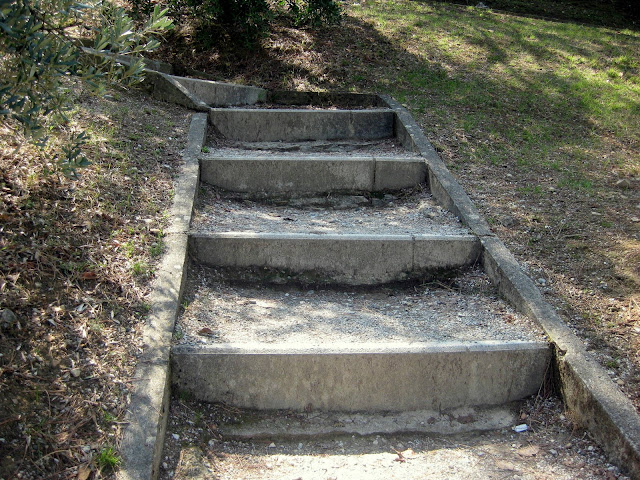 There was a moment along our climb to the first tower that made me pause again. This time, it wasn't in awe of the picturesque scene in front of me, but rather in laughter. Stephen and I both stopped to take a picture (I gave him the point-and-shoot for the day) of these stairs because they reminded us of the stairs on the campus of Lehigh University, where we both went to college. 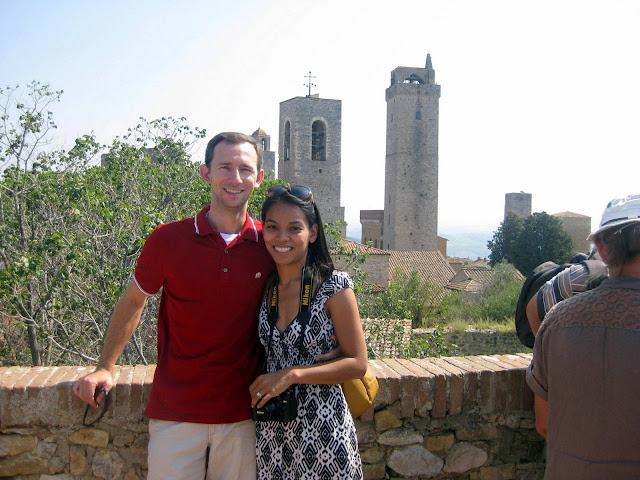 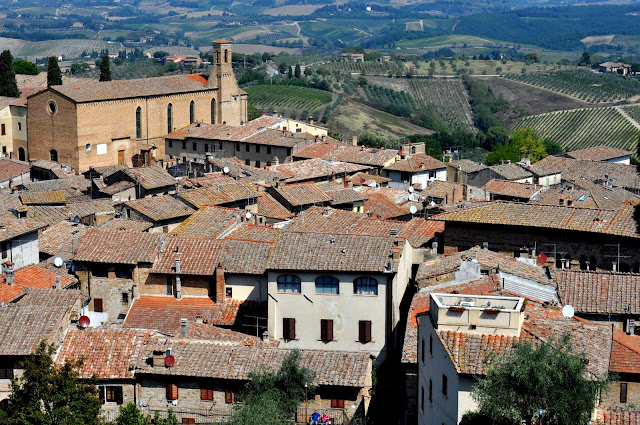 Now, this is embarrassing to admit, but we didn't actually climb a tower. We climbed... half a tower. In a brilliant move on our part, we chose to climb remains rather than a structure that was still intact. We could have taken in the scenery from a higher vantage point by choosing another tower to climb, but we decided that this was good enough for us. Our need for food superseded our need for panoramic views. 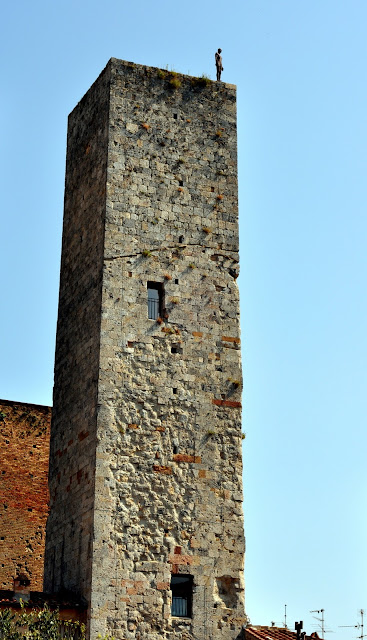 The restaurant options are very limited in San Gimignano, which is why we found ourselves dining al fresco at Caffe delle Erbe, a tiny restaurant on the main piazza. Unfortunately, the opportunities for people-watching far outweighed the quality of the food. 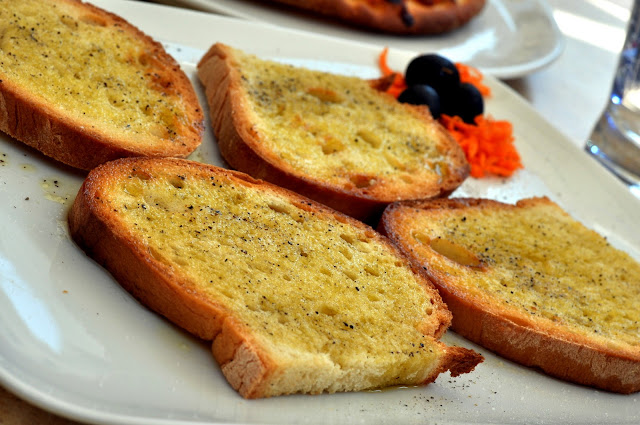 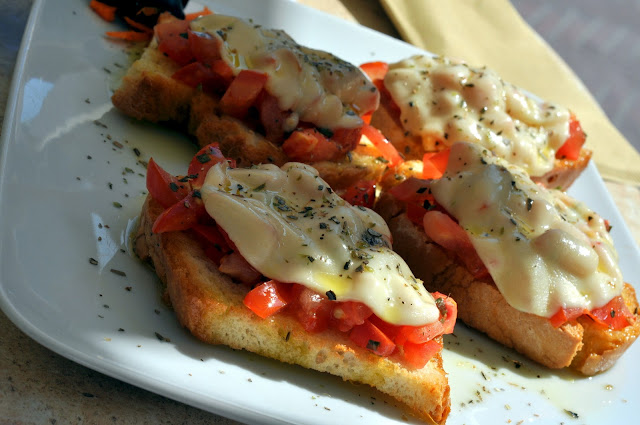 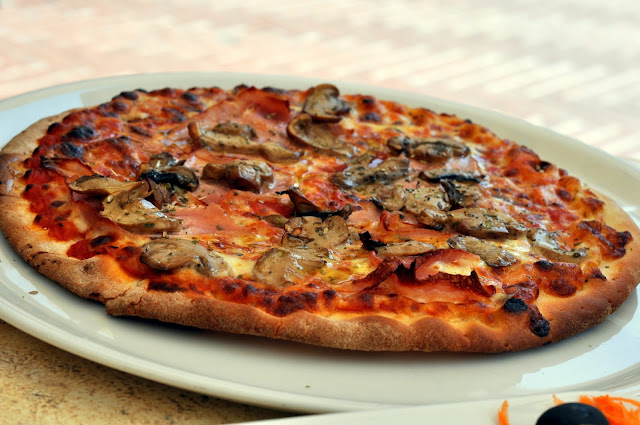 The Pizza with Mushrooms was even more of a let-down, with a flavor and texture similar to that of frozen pizza. Don't misunderstand me... I realize that there is a time and a place for frozen pizza. (My years in graduate school come to mind.) That time and place, however, shouldn't be in a medieval village in Tuscany.

If you're planning a day trip to San Gimignano, then plan to spend more time enjoying the sights and pack a snack to hold you over until you can get a proper meal.