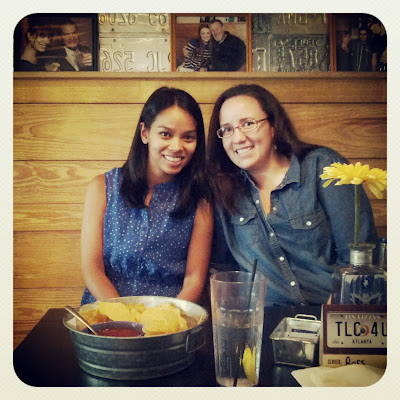 It's hard to believe that, less than a week ago, I was sitting in a restaurant in Atlanta having lunch with Casey from The Fat Foodie. Even though Casey and I have known each other through Twitter and Facebook for quite some time now, this was the first time we met in person, and we had a blast! While I love connecting with people through social media, there really isn't anything better than sitting down with someone face to face.

But... vacation is over and it's time to get back to business. And, since it's Sunday, you know what that means. It's time to share this week's Menu Plan!

So... What's on your Menu Plan this week?