A Taste of Tuscany: The Leftovers 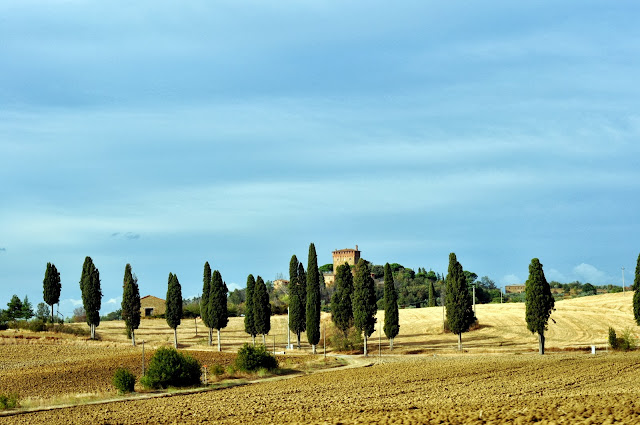 This is the eleventh post in my Taste of Tuscany series.


It's hard to believe it, but this is the final post in my Taste of Tuscany series. I've loved sharing some of the culinary adventures that Stephen and I had while on our honeymoon in Italy last year. In this last post, I thought it would be fun to share some of my favorite photos from our trip that have absolutely nothing to do with food.

I'm calling these photos "the leftovers". I hope you enjoy them!


There were two beautiful dogs at our B&B in Italy -- Giuseppina and Pasqualina. Pasqualina took to us right away and followed us around the grounds, including right into our villa!

We had a charming little kitchen in our villa. While we didn't cook anything elaborate or complicated, we did feast on local bread, cheese, prosciutto, and wine on several occasions throughout our stay. It's hard to see in this photo, but there's a small refrigerator behind the red-and-white checked curtain.

I joked with Stephen, who's been wanting a dog for a long time, that it took a trip to Italy to make that dream come true. *wink*


While we were in Siena, Stephen and I were fortunate to watch the arrival of a bride and her bridal party. They didn't seem to mind all of the extra photographers snapping pictures as they entered the church.

A little while later, another bride and groom appeared on the Piazza del Campo in Siena. I couldn't tell whether they were just coming from their wedding ceremony or whether they were actually models. Either way, I loved the detail on her wedding dress.

As we were making our way away from the center of Siena, I spied this old Italian couple peering out of their window at the people passing by. Love.


Stephen took this photo of me walking by the little cafe he was sitting at while I explored the tiny town of Radda in Chianti. I thought he did a great job of capturing the sunlight hitting my face.


Despite flying into and out of Pisa, this was as close as we got to the Leaning Tower of Pisa. A pretty good photo from the plane, don't you think?

I hope you've enjoyed reading my Taste of Tuscany series as much as I've enjoyed writing it!

For more from the series, see: