In honor of National Soup Month, here's a Taste As You Go soup recipe round-up! 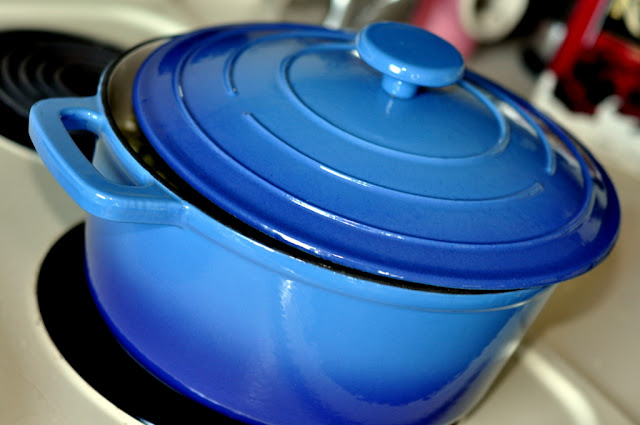 Did you know that January is recognized as National Soup Month? Until the other day, I didn't, but now that I think about it, it makes perfect sense. On cold winter days (and nights!), there's not much out there that helps get the chill out of my body quite like a bowl of soup.

In honor of the occasion, I thought it would be fun to put together a round-up of soup recipes on Taste As You Go in case you were looking for some inspiration. Some of these recipes date back to the early days of the blog (i.e. when my photos were atrocious), but I'm sharing them anyway. ;-)


This Creamed Cauliflower Soup is ridiculously easy to make and is so delicious, it'll make you completely rethink any misgivings you may have about cauliflower.


One of the dishes my mother loved to make was her Potato Corn Chowder. This Cream-Style Corn Chowder is my adaptation of her recipe. For another variation on this theme, see this recipe, which yields a richer soup thanks to the use of heavy cream.


Haha, you guys... This Curried Roasted Parsnip Soup with Bacon Crumbles was an early recipe on Taste As You Go and was the first soup recipe I prepared using my then-new immersion blender. Roasting the parsnips brings out their natural sweetness, which pairs well with the saltiness of the bacon, and using curry powder helps add a level of complexity.

It occurs to me now that it's been a long time since I've made this soup... I'm going to have to change that!


I shared my version of Italian Wedding Soup not too long after Stephen and I returned from our honeymoon in Tuscany. I say "my version" because, at the last minute, I decided to add some vegetables we had on hand that were approaching their prime. Turns out it was a brilliant decision because the vegetables really added another depth of flavor to the broth.


Also known as Potage Parmentier, this Potato Leek Soup recipe is one of the recipes I prepared when I participated in the JC100 Project celebrating Julia Child's 100th birthday two years ago. In the summer, you can prepare a chilled version (Vichyssoise) that's just as tasty.

This Roasted Butternut Squash Soup is a relatively recent recipe on Taste As You Go, but it didn't take long for it to become a favorite in our house. It makes the perfect rainy/snowy day lunch, especially with some toasted baguette slices for dipping.


Don't let this photo throw you. This Tuscan White Bean Soup adapted from a recipe by Giada De Laurentiis is absolutely delicious. Plus, it's super simple to make and comes together in no time, so you could easily make this for dinner during the week.

Do you have a favorite soup? If so, then let me know what it is in the comments below! Feel free to share links to favorite soup recipes, too!