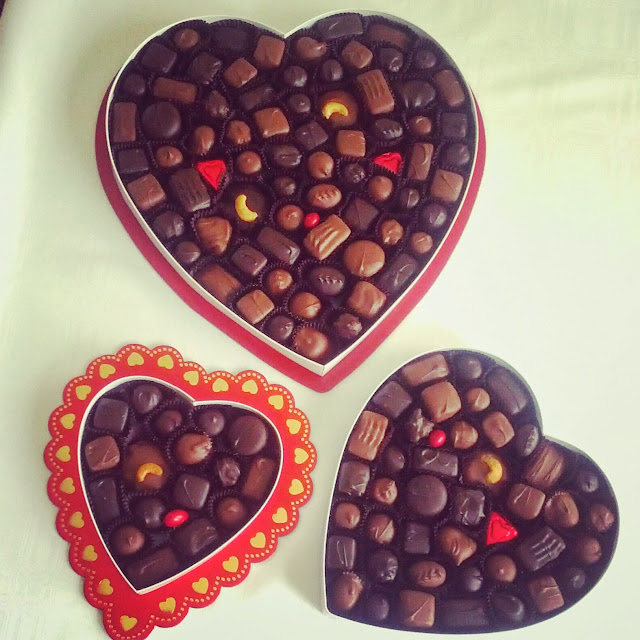 I've spent some time this weekend working on a Valentine's Day piece for one of my freelance clients. It was excruciatingly difficult to avoid sneaking a piece of chocolate from its place in the heart-shaped boxes, but I stayed strong and the chocolate remained untouched. Though, now that I'm finished with the project (the photographs, at least), I fear it's only a matter of time before I eat my way through box after box after box. I just hope I have the good sense not to attempt such a feat in one sitting!


To keep my mind off of all that chocolate sitting downstairs in my kitchen, I'm going to shift my focus on this week's Menu Plan. This week, I'm taking a lot of inspiration from some of my favorite food blogs and can't wait to see how the chosen recipes turn out.

Without further ado... Let's get to it!

Although it's highly unlikely that I'll be watching the Super Bowl for anything more than the commercials and the halftime show, I've decided to make chili for Sunday night's dinner so I can feel somewhat connected to all those people serving chili at their Super Bowl parties.

It's no big secret that I'm a fan of both curried cauliflower and creamy cauliflower soup, so when I saw this recipe for Creamy Curried Cauliflower Soup on The Kitchn, I knew I just had to try it.

I'm banking on there being plenty of leftovers from the early half of the week to get us through to Friday.

I might even get a little crazy and crack an egg or two in the middle of this pizza during the final minutes of baking to turn this into a breakfast pizza. We'll see how I feel when the time comes. ;-)