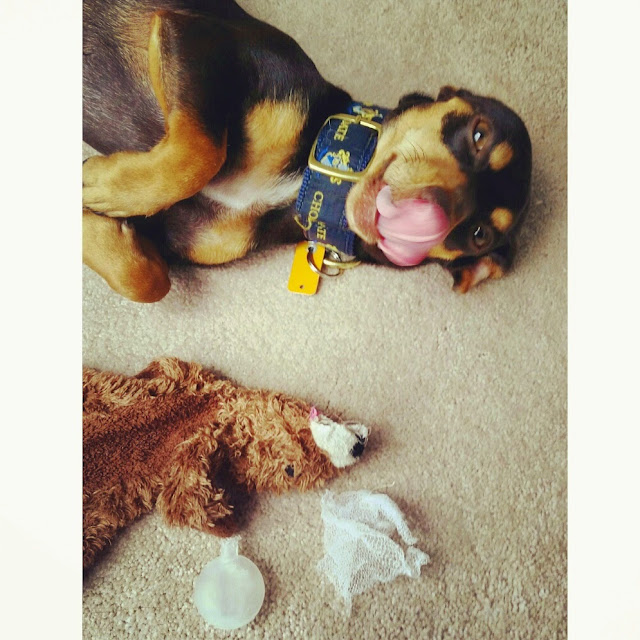 Have you ever had one of those weeks during which everything you touched seemed to fall apart? That was last week for me.

I think it all started when I ruined a perfectly good batch of homemade guacamole by absentmindedly adding too much salt. A few days later, after coming home from a night out with my girlfriends, I managed to do something to the photo eye sensors of our garage door, rendering it inoperable. Of course, that was the one night I decided to park my car in the garage rather than in the driveway... so, yeah, that was fun. Finally, yesterday, we determined that the toilet in my bathroom was going to run constantly unless we did something about it. This discovery came only hours after discovering a toilet leak in the master bathroom.

Needless to say, I'm hesitant to put my hands on anything else lest I cause more problems. Let's hope the series of mishaps has ended and that this week is relatively uneventful. To start, I'm going to be much more attentive when I'm in the kitchen so an innocent mistake doesn't go ruining dinner.

Speaking of which, are you ready to see what's on deck for dinner for us this week?

Sunday: Creamy Parmesan Risotto with Peas (basically, this recipe without the roasted shrimp)

This dish was on the Menu Plan for dinner last night, but we decided to squeeze in one more night of Musikfest instead. Better for me since it meant I didn't have to cook!

Thursday: On the Road

I'll be out for most of the day on assignment for one of my freelance clients, so I'll be grabbing dinner on the road. Stephen will be left to his own devices. ;-)

What's on your Menu Plan this week? Let me know in the comments below!