Time to Let the Secret Out

I've been relatively quiet on the blogging front lately, and I think it's time that I share the reason why. 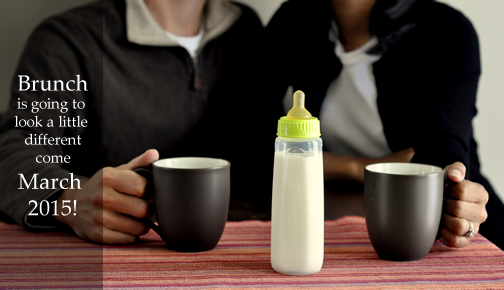 That's right! I'm pregnant! Stephen and I are expecting our first child at the end of March, and we couldn't be happier!

Despite wanting to tell people as soon as we found out back in July, we agreed to keep the news to ourselves for the first trimester. Even though I had proof that I was pregnant -- two positive home pregnancy tests -- it was still hard for me to believe that it was true... that is, until I had my first ultrasound at 10 weeks and we could see our baby moving and hear our baby's heartbeat.

One of the most magical moments in my life.

In that teary-eyed instant, the situation became very real and it all sunk in -- I'm going to be a Mom.

Over the next few weeks, I fell victim to the ups and downs of the first trimester. Nausea, exhaustion, restless nights, multiple trips to the bathroom within the span of an hour, changes in my complexion, an increased disinterest in anything having to do with food (including food blogging)... It was all there.

Thankfully, episodes involving severe shifts in mood were few and far between, and I only burst into spontaneous tears over nothing once or twice. (At least, that's how I remember it... Stephen may have a different version of the first trimester story to tell.)

But, I'm 15 weeks pregnant now and I'm feeling much, much better. My energy level and motivation to do more than lay on the couch and watch reruns of Gilmore Girls have returned. I'm sleeping more through the night and my appetite is back, which means I'm back in the kitchen cooking meals from scratch and anxious to get back to blogging.

Stephen and I love brunch so much, that we even planned our wedding reception around it. So, it sort of made sense to continue the theme here. Especially since we're well aware of just how much our lives our going to change once our little one arrives. 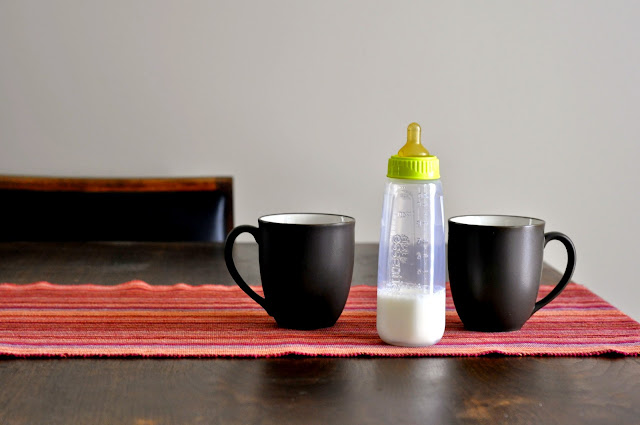 At first, we thought it would be fun to play on the mutual love of coffee that Stephen and I share. But when I staged the shot, it didn't look all that special to me. It looked boring and, despite what the photo was intended to imply, I thought the shot lacked a certain spirit to it... It looked lifeless. 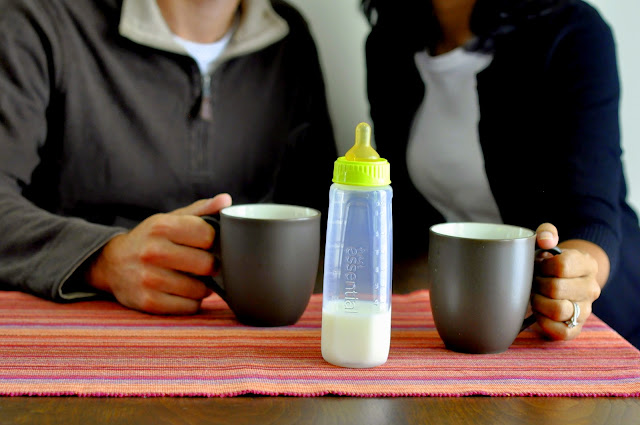 Having the two of us in the shot started to make more sense, so I dug out the remote to my camera and took several versions of the above, focusing on the items on the table rather than on our faces. Much better.

Overall, I love how our pregnancy announcement came out and I love that Stephen and I worked together to create it. We'll always have this memento to cherish.

Of course, our curious little puppy wanted in on this announcement action, too, resulting in some pretty adorable outtakes that are too cute not to share. 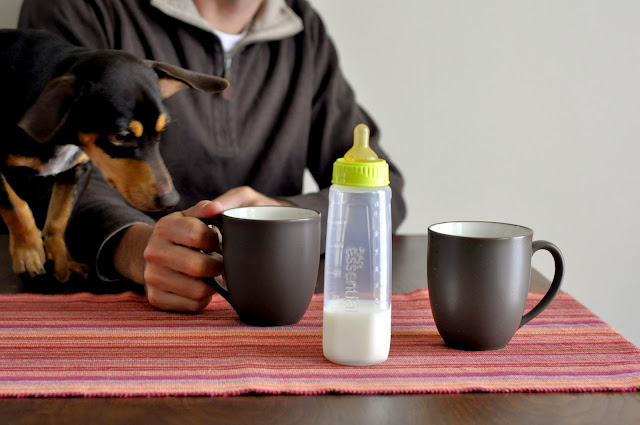 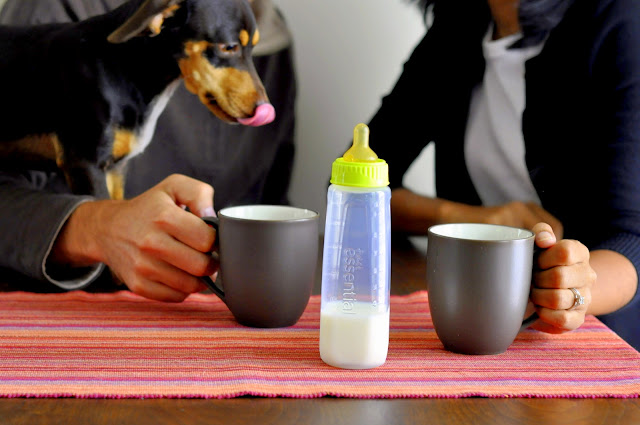 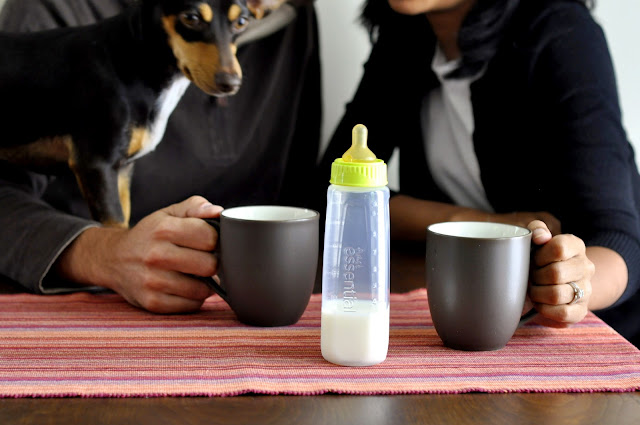 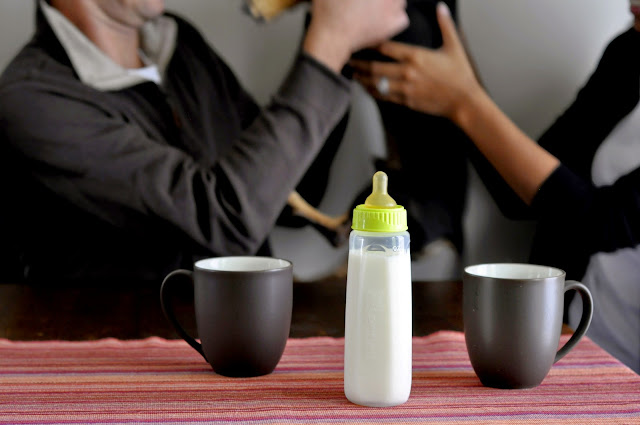 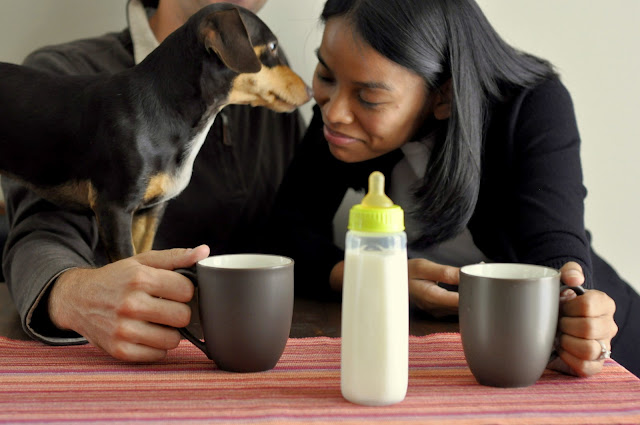 To those who've already reached out with well-wishes, thank you so, so much for your love and support!