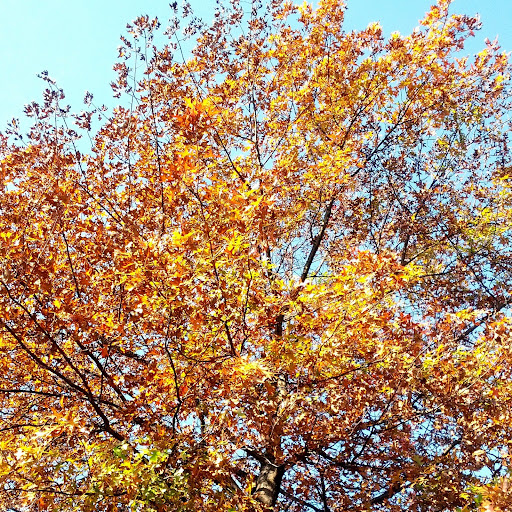 I don't know what the weather has been like this weekend where you live, but it has been the absolute perfect fall weekend here in the Lehigh Valley. Stephen and I spent the day yesterday at the Lehigh football game, tailgating and partaking in our annual tradition of marching and performing with Lehigh's Alumni Band. It's always fun being able to reunite with old friends and relive our marching band days, especially for Stephen, who spent three years leading the band as the drum major during his year's at Lehigh.

Unfortunately, we're not as young as we once were and we're both a little sore today. Especially me, who probably overdid it... I had a horrible night's sleep last night (back and hip pain), and today isn't much better. I finally resorted to taking some Tylenol, and I'm finally starting to feel some relief.

Because it hurts to move around, I'm grateful that we have a refrigerator full of leftovers that we can pick on for dinner tonight. So much easier than cooking a full meal!

While I won't be cooking dinner tonight, I do plan on cooking later on... so are you ready to see what's on deck for dinner for us for the rest of the week?

Tuesday: Ground Turkey and Barley Soup with Mushrooms and Spinach from Kalyn's Kitchen

Saturday: Day with the Family

What's on YOUR menu plan this week?