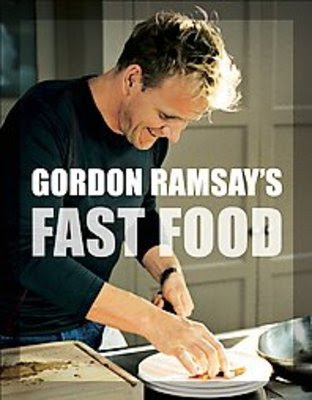 Through the power of Twitter, I was made known of a cookbook giveaway sponsored by Food Network Canada. For correctly answering the question "What is Gordon Ramsey's country of birth?" two Grand Prize winners would each be awarded a copy of Gordon Ramsey's Fast Food. Guess who was one of the lucky Grand Prize winners?? That's right! Yours truly!! I received the news yesterday, and in a few weeks, I'll be receiving a lovely package from Canada with a cookbook inside. I can't wait! 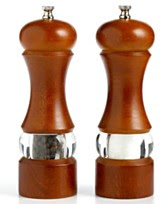 As if that wasn't fantastic news enough, I finally received the Martha Stewart salt and pepper mills I ordered about a week ago. I used them tonight on some pita chips I baked in the oven and the chips turned out marvelously. I know I'll be using them more and more as the weeks progress.

Finally, I've made some changes to the blog itself. I've cut down the number of food blogs in my food blog roll to five. So many people have contacted me about being added to the blog roll that I realized the roll would be way too long and would clutter the sidebar. To compensate for that, I'll be rotating the blogs I feature every couple of weeks, so if your blog was there before and isn't there now, don't worry. It'll make its way back onto the blog roll eventually. I've also created a FoodBuzz profile upon the suggestion of Zesty Cook as a way of meeting more food bloggers and of making Taste As You Go more visible on the food blogging scene. I've already been in contact with several FoodBuzz foodies and I've only had my profile up on the website for a day!

Things are developing so nicely, and I just wanted to share all the exciting news! Hopefully there will be more good things to share in the future!

PS. In case you were wondering, Gordon Ramsey was born in Scotland.

Michelle Rittler // Taste As You Go said…
Zesty Cook - Thanks so much! I didn't realize just how much I'd get into food blogging. I absolutely love it!
October 02, 2008