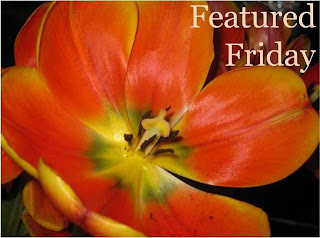 The inaugural Featured Friday post is here! If you missed my announcement about this new series, it is my intention to choose a few posts from the list of blogs I follow and offer my thoughts about them -- what I learned, what I found enjoyable, what I found objectionable, etc. I want to share what I'm reading with others and to, hopefully, facilitate further discussion.


I'm going to just jump right in and start with a relatively sensitive topic: the decline of the food critic. It was recently announced that Raymond Sokolov would be leaving his food critic position at the Wall Street Journal. And this announcement generated some buzz around the idea that food critics -- those people who should be viewed as The Authority on Food -- are becoming obsolete, in large part, due to bloggers, not unlike myself, and to websites such as Citysearch or Yelp, where reviews of restaurants are not always thoughtfully written or do not always contain anything of substance.

When I write restaurant reviews, I don't bring any training in journalism to the table or even any professional culinary experience. I write my opinion, as honestly and as fairly as possible. I've written about some disastrous meals on Taste As You Go but have always tried to find at least one positive thing to say about the food or the restaurant or to offer a potential reason for the negative in the equation. Why? Because I know that my experience could have been an isolated incident due to an off day/night.

Although my friends and family like to say that I'm the "food critic," I'm very quick to say that I'm not. I'm someone who loves to write about food. Yes, I put my opinions out there for others to read and, hopefully, to appreciate on some level. But after reading Josh Ozersky's article a few times and then reading the "Ask Ted" section (with Ted Allen) of the April 2010 issue of Food Network Magazine, where the question was "If I don't like a restaurant meal, should I blog about it?", I'm wondering whether I should continue publishing reviews once I publish the ones already in the queue. I'm not a food critic on staff at some newspaper or magazine. I write I food blog I conceptualized and built all on my own. So, perhaps, for restaurant reviews, I simply lack the authority.


I found out that I have something in common with The Amateur Gourmet. Adam and I both hate mayonnaise.


Wait... wait... I should say that I had something in common with him. It sounds like Adam is more tolerant of the "gummy, gooey whiteness" that is mayonnaise after he made it from scratch for a dish called Pimento Cheese. Is that what it's going to take for me to "like" mayonnaise?

Will making mayo from scratch help me get over that smell that makes me wrinkle my nose and hold my breath when scooping some of it out of the jar to make tuna salad or potato salad?

Will taking the time to slowly drizzle oil while whisking help me get over my irrational fear of actually having any of that stuff get on my hands while scooping mayonnaise out of the jar?

But reading Adam's post did help me take a step toward making nice with mayonnaise -- I'm considering it.

Brilliance in a Bag


For those who love popcorn but who don't love the chemicals, oil, or expense of the microwaveable popcorn you can find in the snack aisle of the grocery store, Megan of The Runner's Kitchen has a brilliant idea for you! Just put popcorn kernels in a regular brown paper bag and microwave for 3 minutes. No oil necessary! You can still have the convenience of the microwave with the added bonus of the knowing that what you're eating is just popped corn.