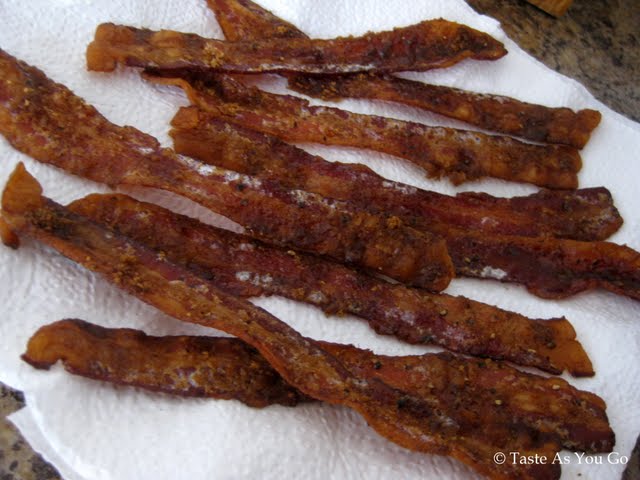 Last month, before hitting up the Gourmet archives on Epicurious to choose a recipe for my August Gourmet, unbound contribution, I gave myself a set of rules to follow in order to challenge myself more in the kitchen. I was prepared to do the same when I went about choosing a recipe for September, but all of those rules went right out the window when I found a recipe for Sweet and Spicy Bacon. 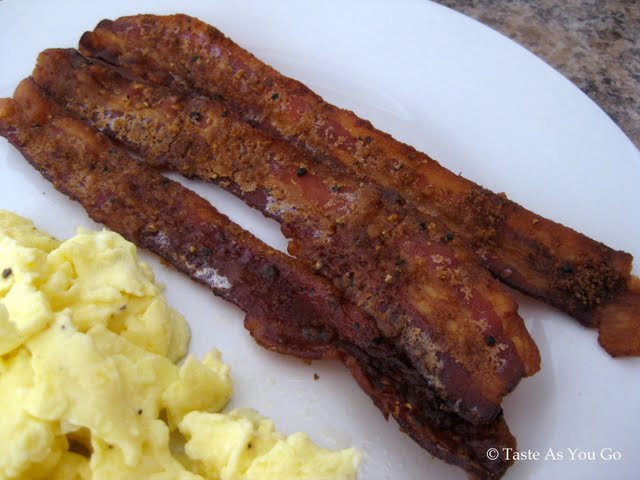 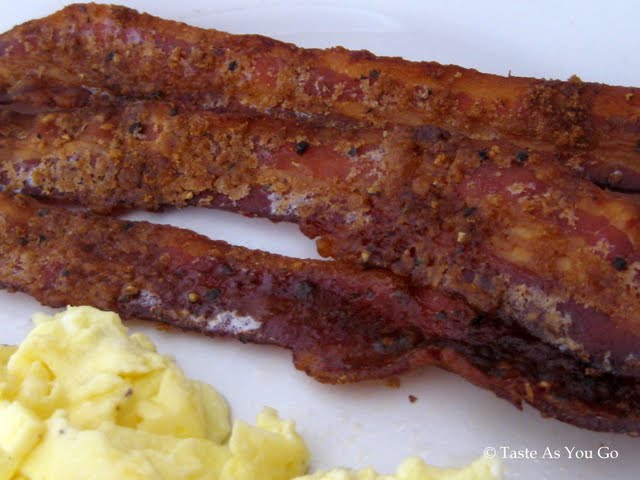 Those who have been reading Taste As You Go for a while are well aware of my near obsession with bacon. No, I don't cook with it that often or insist on putting it in (or on) everything, but I am a firm believer that Sunday brunch just isn't the same without slices of crispy bacon within arm's reach. And I've been known, on occasion, to drizzle maple syrup on top of my bacon, so the sweetness of syrup could play against the saltiness of the bacon. That's why I knew I had to make some Sweet and Spicy Bacon for myself! 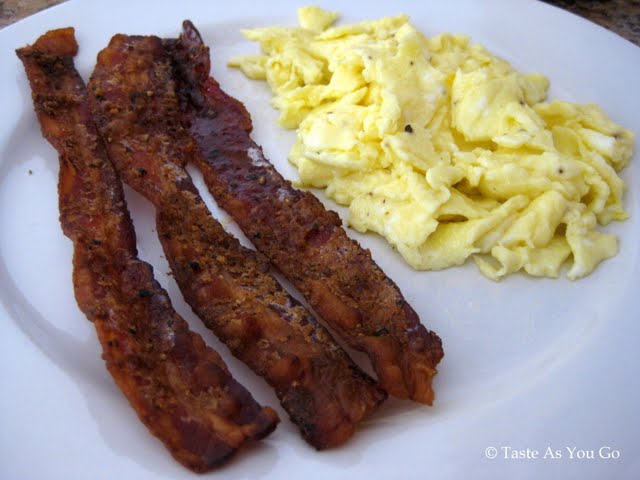 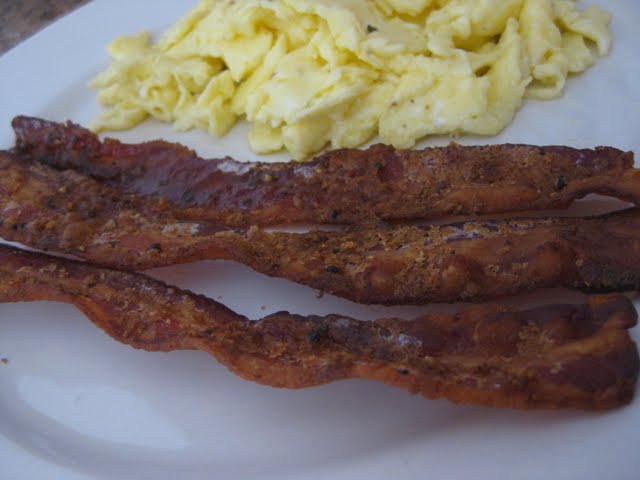 What I love about this recipe is the added spiciness from the cayenne pepper and the black pepper. It's a relatively subtle spice that lingers a bit at the back of your mouth and builds gradually as you eat more of the bacon. This dish (can I call it that?) actually reminded me of some Caramelized Bacon that I ate while having dinner at the home of one of my college professors when I was an undergraduate. Both recipes call for cooking the bacon on a baking sheet in the oven, but the Caramelized Bacon is covered only with brown sugar rather than a mixture of sugar and pepper.

If you love bacon as much as I do, then you have to make some Sweet and Spicy Bacon!  Chances are, you already have the ingredients in your pantry, so what the heck are you waiting for??

I halved the original recipe since I was only cooking for myself. Now that I think about it, though, I probably could have eaten the entire pound of bacon if I allowed myself to try! The measurements I used are below.

If you're willing, share with a loved one. Otherwise, eat it all yourself! (I added that last part. I'm sure the folks at Gourmet would want you to share.)