Another Round of Unlimited Mimosas at La Giara 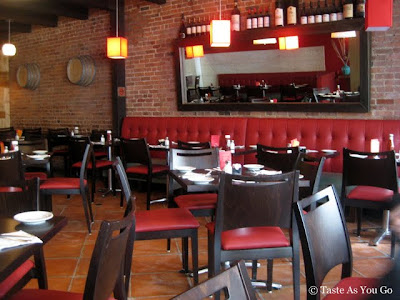 For those readers who've been with me from the beginning, you're not seeing things. I'm writing about La Giara again. I don't typically write about a restaurant more than once. However, some things have changed since my first review of the restaurant appeared on Taste As You Go, and I thought I would make an exception.

The changes to have been largely aesthetic. The once rustic feel to the restaurant's interior has been upgraded to a polished sleek and modern one with dark wood furniture, striking red upholstery, and a large strategically-placed mirror on the exposed brick wall. You can't help but notice the mirror as soon as you walk into the restaurant, as it adds depth to the room and makes it appear twice as large. And, to better advertise the new vibe of the restaurant, La Giara has a new website -- a major improvement over the original.

Maybe there were so many people flocking to La Giara for Sunday brunch after my recommendation appeared in Cosmo Italy that the restaurant's management felt compelled to make those changes...

Well, it could have happened that way! Thankfully, La Giara didn't make any changes to their brunch menu (which really needs to be added to the website). Order a brunch entrée and your choice of a Mimosa or a Bloody Mary and you're entitled to unlimited refills over the course of your meal! In my brunching experience, I've found that those two words are critical... Especially if you're meeting for brunch to catch up with friends you haven't seen in a while. 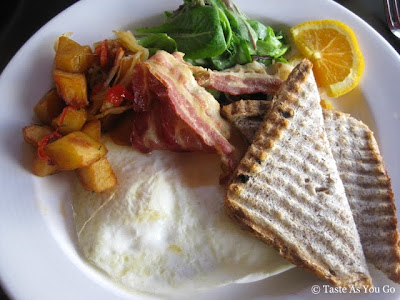 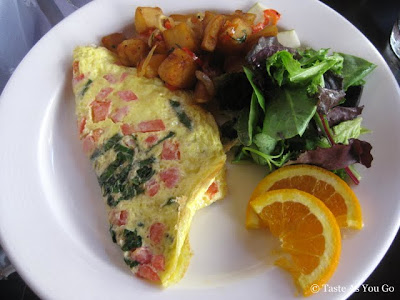 Even though there are thousands of restaurants to choose from in New York City, nothing beats going back to an old favorite.